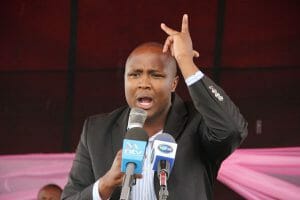 He now claims the president is determined to finish the URP party politically because many people in the list are from the URP Wing. That is a good observation Mr Keter. The URP  Wing of the Jubilee government is very corrupt. They are drunk with power that some of them want Vice Chancellor  of University of Eldoret replaced with a Kalenjin .

Keter also claims that some people at state house are very corrupt …Hehehehe…The same people he called for help to have vehicles belonging to  his alleged  lover as revealed here  released ? So lets assume they are corrupt because people like Keter call them and demand that officers performing their duty are forced to bend the law to fit their whim

The URP  wing ot the Jubilee Government is very corrupt and it is only God who can help . To make it religious.