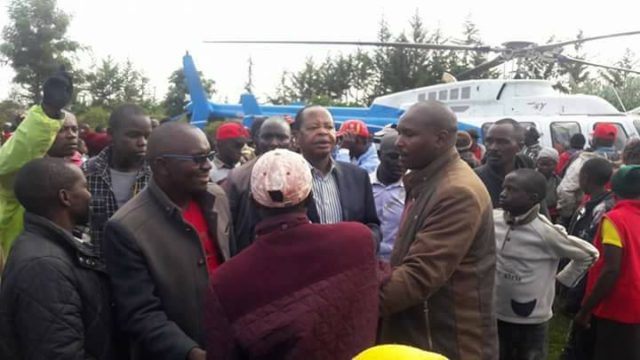 CAPTION: Prominent politician and billionaire businessman Ephriam Maina lands in a chopper to launch his project of a wooden bridge in Kabaru Ward, Nyeri County in 2016

With the next Kenyan general elections scheduled for barely two years from now, political temperatures in the country are already on a rapid rise as a silent wave of early campaigns slowly sweeps through the country with aspiring contestants from all levels positioning themselves to battle it out in the big one come 2022.

Like we all know, in every election or any change of leadership, the tunes of “change”, promises of a better future and the removal of the faulty past ring across the country as politicians who seldom deliver struggle to appeal for the desire of “something new” from the ever gullible voters.

Every five years or so, the self-proclaimed saviours of the masses hit the ground with their multi-million fuel guzzlers, moving from one populous voting bloc to another, with their same old catch-phrases; jobs for the youth clean water, electricity, road networks, industrial development, better social services, unending benefits for “minorities” or increased wages for the low class.

Unfortunately, as history has proven before, despite conventional wisdom holding that politicians can’t be trusted to keep their promises, many voters still keep the vain hope that next time will be different, forgetting that it is merely part of a cycle and cynical exploitation of their short memories and political partisanship.

The result? They keep voting the same crooks back in, just in different outfits.

But in recent times, the internet and social media has brought an entirely new degree of transparency to politics and governance, making it
harder for politicians to lie, or at least making us better at uncovering their vicious lies.

In this spirit of debunking the tricks they use to deceive the public, one Kenyan took to social media on Sunday morning and pieced together a thread of tweets with a sharp message to ordinary citizens who willingly dance along to the tune of the greedy Kenyan bureaucrats every election year, forgetting that it is all but a circus show.

In his short piece of literal fiction which has since gone viral, Mr Tirop, as he identifies himself on Twitter, gives the story of one “billionaire” who lands in his home village of Kaiboi in Eldoret to attend a church fundraiser. 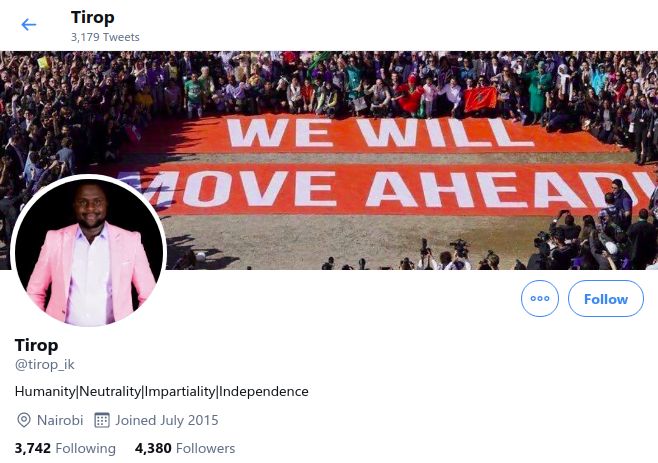 “Today, a billionaire lands in our village, Kaiboi. His multimillion Eurocopter 2019 will land at a primary school grounds. There is a KDA 111 Lexus 570 already waiting to transport him to the local church, 750 meters away.

I just met the police officers who arrested me days ago, they are here to provide security to Mkubwa and his chopper. Villagers are experienced thieves, they can steal the chopper and disappear like Malaysian airline.

Mkubwa will contribute roughly 1,000,000 for church chairs. The primary school headteacher has organized special chairs and tables for Mkubwa and Honorable guests, they will be having lunch at his school. In fact, they’ve reserved one classroom for this purpose, wametoa desks na kuficha nyuma ya class.

The pit latrines sunk, our kids rush to the thickets. When it rains class 5 and 7 have to migrate to other classes.

750 meters away is a multimillion church, we’ve done 13 Harambees, this will be the 14th. So far, 11.3M has gone to the church yet to be completed. The church has state of the art latrines, closed 6 days of the week and used 3 hours on Sundays.

Mkubwa will have a reserved seat at the high table, myself and other children of God will have to kill grass and it’s insects.

Governor will lock heads with my MP, we will clap. Thereafter, some will follow the governor’s car, Some will be on Mkubwa’s windscreen, some will be holding MP’s hand for kitu kidogo, bursaries or a hospital bill.

Governor will board Mkubwa’s Eurocopter; You see this road that has stalled for 6 years? It’s Mkubwa’s company. Rumours had it that he has been paid fully and 30% given as kickbacks.

They will all meet at Sirikwa Hotel, MP included while we retire to our grass-thatched houses.”