President Trump had ticked out TikTok businessess from the United States a move that Tiktok has officially announced that it will challenge in court. 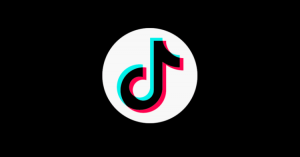 U.S. President Donald Trump had issued an executive order that ordered ByteDance, TikTok’s Chinese parent company, to sell the app to an American firm within a period of 90 days or cease operation in the country.

TikTok has issued a statement stating that it will file a suit today(Monday).

TikTok said it had tried to engage with the U.S administration for nearly a year, but faced “a lack of due process” and that the government paid no attention to the facts.

“To ensure that the rule of law prevails and that our company and users are treated fairly, we have no choice but to challenge the Executive Order through the judicial system, TikTok said in a statement.

Trump’s administration wants TikTok out on basis  that it could compromise national security by sharing information with the Chinese government.

“There is credible evidence that leads me to believe that ByteDance … might take action that threatens to impair the national security of the United States,” Trump wrote in the order, which references national security concerns.

Big tech firms, the likes of Microsoft, have been in talks to acquire TikTok’s US operations or the entire company.

Recently, Twitter was also reported to have expressed interest in acquiring the popular video making app.