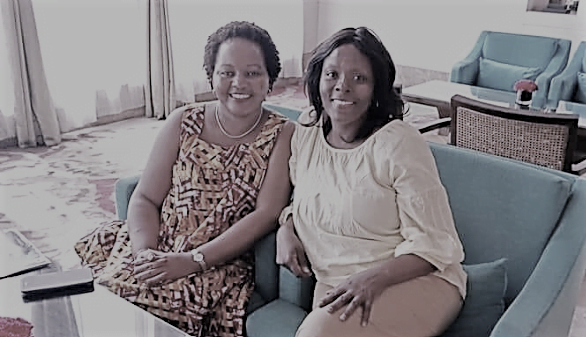 So conspicuous was this name in the hearing, that several senators craved a chance to investigate further the role its bearer played in the well-orchestrated and complex web of corruption at the Kirinyaga County Government.

But just who is this enigmatic figure whom the Cleopas Malala-chaired committee fingered as the main key in a specially crafted team tasked with running governor Waiguru’s dirty jobs?

Prior to her emergence during the Kirinyaga gubernatorial campaigns in 2017, not much was known about Pauline Kamau – the Nyeri born and bred administrator who quickly rose up the ranks from just a personal assistant to Waiguru (who then served as Devolution Cabinet Secretary) to one of her most trusted confidants.

During the competitive Jubilee Party primaries that year, she was among those who spent sleepless nights to ensure the correct count of votes during the repeat nomination at Joseph’s Primary School, Kirinyaga County’s main tallying centre.

A few months into her term as governor, Waiguru kicked out a much reputable and experienced Rose Wanjiru Wachira from the Director of Administration post and quickly elevated Pauline to the position.

Under her new role, Pauline became one of the most influential people within the county’s corridors of power and was involved in most of the tendering processes at the county.

Her participation as the chair of several tender evaluation committees, Kirinyaga MCAs argued at the Senate, was one of the reasons that showed just how corrupt Waiguru’s regime is.

The chairman of the Kirinyaga Public Service Board Kennedy Ngiavi confessed in parliament that Pauline was brought on board and made director irregularly despite lacking the bare minimum qualifications for the job.

“I told the governor that Pauline was not qualified for the directorship but she (Waiguru) was adamant. She has no undergraduate degree required for the position, but she was hired for the job,” Ngiavi told the committee.

In addition, Pauline’s position required at least 10 years’ experience which she did not have. In fact, during the buildup to her appointment, she did not present any academic qualifications to the County Public Service Board apart from her birth and Kenya Revenue Authority (KRA) certificate.

This, Ngavi says, caused great panic within the board, with some losing sleep over the likelihood of detectives from the Ethics and Anti Corruption Commission (EACC) sniffing around and unravelling such violations.

According to procedure, Pauline was not supposed to sit in any tender committee. But she did.

“The governor was failing to follow the law,” Ngavi admitted.

Pauline is well-known to the people who make things happen in the Kirinyaga government, so much that the acumen has earned her the moniker “governor’s most loyal friend”.

Many county employees describe her as of the close confidantes who is always willing to stick her neck out for the boss whenever necessary.

On social media, netizens have equated Pauline Kamau’s role in the Kirinyaga County scandal to that of the famous Josephine Kabura during the 2015 NYS debacle where up to Sh791 million disappeared under Waiguru’s supervision.

At the time, Kabura admitted that she had often acted on behalf of Waiguru.

She even confessed of the many times she withdrew large sums of money several banks within the city and deliver it to Waiguru in sacks.

Waiguru, however, later denied knowing Kabura, and was acquitted in the case.

In fact, Waiguru and Pauline were often pictured together in 2015 during the stormy hearings in Parliament over the infamous National Youth Service scandal.

The same scenario now seems to almost be repeating itself with Pauline Kamau emerging as one of the people the governor has been using to loot public funds in the county through a company named ‘Velocity’ with an alias ‘Velocty’.

Pauline Kamau chaired the tender committee that saw the tender for installation and commissioning of Integrated Management Information (IMI) awarded to Velocity Partners Ltd for over Sh50 million despite no work being done.

According to the motion of impeachment, the county government had signed a Sh27 million contract with the firm but ended up paying Sh50,691,565.

Another loyal Waiguru lieutenant that was revealed during the impeachment hearing is little known Stella Bogonko, who is governor Waiguru’s “Miss Fix-it” and handles all crisis and communication for her. 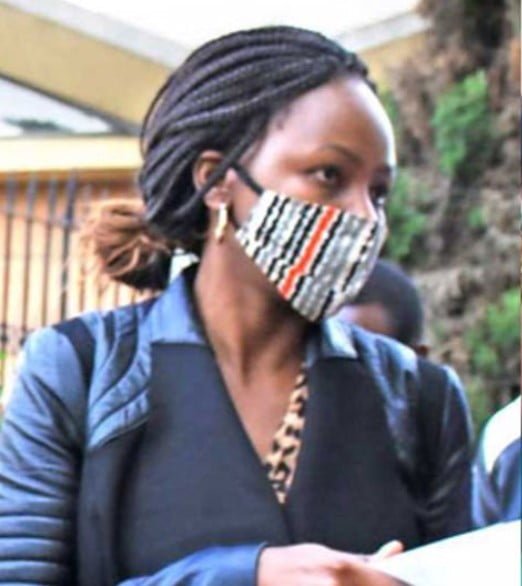 Waiguru and Ms Bogonko also have ties that go deep.

In October 2015, Waiguru appointed her to the board of the Youth Enterprise Development Fund and in April the next year, President Uhuru Kenyatta sacked the entire board of the fund over corruption.

While tabling the final report on Friday, Kakamega Senator Cleophas Malala, noted the committee had recommended investigations int those singled out by the Ethics and Anti-corruption Commission and the Directorate of Criminal Investigations as a matter of urgency.

Others who were mentioned include the county’s ICT Director Wayne Gichira and the Supply Chain Management Director Carilous Otieno whom Malala mentioned as officers who should take personal responsibility and advised that they step aside as prosecutorial organs look into the scam.