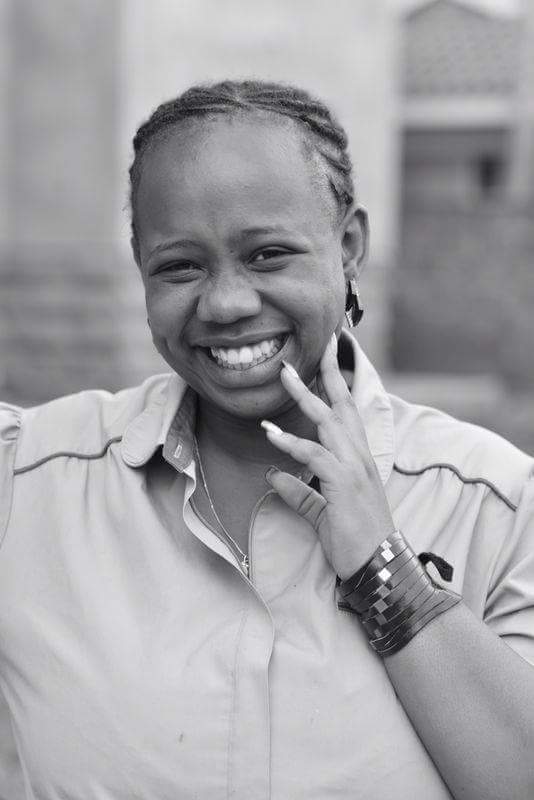 Uji and an afternoon nap are a must for the children. You completely must. And dare the help not give milk and fruits to the kids somewhere within that day. And the obsession with yoghurt for the kids. And the entire meals packed as ‘church snacks’ for the children. Mommy those were not snacks and I did not have a poor appetite.

You drop to number five in school and all your Aunties are home that weekend to talk to the shaod! (Child). “Why are you wasting your parent man-ey?” Never parents – parent. If you remain number five next term (how dare you?) your dad will give you a tour of the dilapidated public school he will take you to. Passing exams in a Kikuyu home is about the money spent on fees, never about the advancement of your life. And everyone from your parents’ village(s) who did not finish school will be used as a cautionary example. No matter how successful they are, “Niurona uria riiisoning yake ii thii? (Do you see how low their reasoning is? – This is usually in reference to those who did not get past form two but are far much more successful than your parents. What is low riiisoning anyway? I dey taya.)

If you do something considered extremely naughty or disobedient – you know like stealing a bar of chocolate from the supermarket – you will get a prison tour. I still remember how Dad took me to see the gate of Kamiti because I stole orbit chewing gum. And how when I went to shaggz that story was repeated to my grandmother who also gave me a graphic story about King’ong’o Maximum Prison and the approofed skuu attashed to et!

Let’s not talk about the beatings. Your mother will beat you no matter how old you are. Dare you say a thing considered rude. And anything is considered rude depending on her mood. Mom used to “keep stock” of our vibokos – then each evening she starts recounting all the things you did wrong. Do not repeat the same mistake in the same year. Utakumbushwa. Na uchapwe extra.

SIDE EYE! No one gives side eye like a Kikuyu mom. Woi! Have you received side eye at a wedding that sent you straight to the car to wait for your beating? Or side eye that made you immediately look for the loo at a family friend’s house before you pee on yourself in terror?

Tantrums? What are those? If you ask for something and your parent says no, they will beat you for looking sad about it. They expect you to move on immediately they say, “Forget et!” A tantrum is not even a thought you conceptualise. You hear about that word for the first time in haeskuu. Because that’s when you get to be with people your parents did not carefully select for the first time.

Your parents’ friends will beat you if they catch you doing something naughty. And you would rather they do. Because at least they won’t tell your parents. Should they tell it to your parents your are DEAD! Unawaaibisha aje? Why did you do it and why were you caught?

“Sasa wewe, namna gani wewe! Kazi yako ni kulala lala tu? Whati es (is) your pran for rife? Kuburereteka oo guku utari wira uraruta!” (Manga mangaring around here without any work you are doing.) – Two days after you sit for KCSE. And you better get an A- as your lowest grade. You BERRA!

“Riu uthii draifing skuu. Ninogire gutwara ngari.” (Now you go to driving school. I am tired of driving myself.) – The night before you turn eighteen.

“Na ndikwenda ohoro wa uhiki! uthome masters!” (I do not want to hear of marriage. Get your Master’s) – At your graduation party. Do not believe this one. They will ask about your ‘marri-yage prans’ in about a month’s time.

Kai utarathama? (You’re not moving out?) – Three days into your first job.

“You mean-i to say there is no money you are say-fing? Hakuna ka-shaba?” – Second month into your new job.

“Urarega kuhika(nia) nikii” (Why are you refusing to get married?) – You graduated last month. In the same breath; “Nduracaria wira na niwaregire ngwandike? (You are not looking for a job and you refused my offer of employment? – there was no such offer. “Take initi-ay-tayf!” (initiative) is the mantra Kikuyu parents live by.)

Yes, to Kikuyu parents anything you are not doing is a ‘refusal’ to do. It doesn’t matter if they asked you to do it earlier or not – “Warega kuthiga waru nikii Edi the way you came arey?” (Why have you refused to peel the potatoes? And the way you came early?) – You have just walked in. You did not even know there are warus in that house.

Before your parents’ guests even remove their shoes at the door, “urarega kuruga cai nikii” (Why are you refusing to make tea?)

If your parent’s friend spots you somewhere, no matter how far from them you were, “I saw your chaod edi they didi not greet me. Mwana ucio niararema.” (That child is becoming naughty – or proud. Ena mwitiiyo.)

A Kikuyu parent NEVER, and I mean NEVER calls you twice. There is no such thing.

A Kikuyu parent does not understand how you are still in bed after 6am. Woe unto you if your Kikuyu parent is a businessman(woman). Sleep? What is that? The number of times my dad has been at my door at ungodly o’clock “Wanjir?, good practice es that you wake up before the sun!”

A Kikuyu mother will not tell you to clean – she will simply point out what is dirty. “Icio ndirica ciina giko!” (Those widows are da-tey.” And there is no difference between general cleaning and every day cleaning.)

If you have finally moved out and stay a week, okay three days, without calling your mother, “Ka? wateire aciari?” (Kwani you threw away your parents?)

Your parents grew up on a farm that most likely had tonnes of fruit trees. They do not understand how you served them dinner without fruits. How? My grandma, when she lived with us would ask, “umuthi gutiri mata-maron?” (There is no water melon today?)

Why are plums called jemu by my Nyeri watus?

A Kikuyu parent does not ask you questions to gather information – it’s to confirm facts and see if you will lie to them. If they are asking about something, they already know. Just tell the truth. And don’t blink. If your parent comes to tell you a story about people who change lanes the wrong way and asks what you think about it – they saw you do it that week. One time a friend’s dad came home singing and whistling to a Bob Marley tune about weed. That was the last time those boys smoked kush. Your parents know. Don’t ever think your Kikuyu parents don’t know.

Also, was I the only one whose dad would tell to send a photo of their dinner together with the day’s newspaper in inifaste just to make sure you had eaten that day? (The grammar in that sentence has refused.)

Tell your folks about your unmarried friend from haeskuu or inifasete (university) who got preginant at your own risk. “Ndagutwarire cukuru unyitane na ta acio?” (Did I take you to school to bundle up with such types?)

And if your Kikuyu parents are Holy Ghost and Fire filled like mine are, family devotion each night is a MUST. You sit and read the Bible together every night and pray. You had better have learned something from that passage – preferably something about hard work, saving for a rainy day, the importance of praying in tongues and living holy.

Your mother will poke at your boobs and ask you to change that row cut top immiidiay-tray! (Immediately.) It will not matter that the cleavage line will be less than the radius of a five bob coin. Or that you have been married for eleven years and your husband is watching her do the poking.

You are a guy – speak two words of sheng – fangi. Play reggae music – fangi. Pierce your ears – fangi. Have one, just one, swaggarefically bounced step – fangi. Become engrossed in something you are watching and they have to call you twice – fangi. Come home after 8pm two days in a row – fangi. And for the love of God, do not get an eye infection in a Kikuyu home. Just don’t. That is no longer suspected fangi. Et es shuwa! (It is sure.) “My son drugs wiu destroy you. Roook at your cousin X!”

One good thing though – they pay you. You go through the initiation rights as a boy and your relatives give you tonnes of cash. You graduate and they bress the shaod. You get married and the father of the groom is required to give you a fat envelope. Fatter than the one the bride’s dad just gave you. DO NOT BE FOOLED. If you do not have a solid investment plan for that money, your parent will give you no rest. None. “Riu na wi muthuri wina gwake, gutire mbiacara ungirutithia mbeca icio, kana frat uake? Nduraiguira mundu wa nja thaa?” (Now that you are a man with your own home, aren’t you thinking of the future? All that money we gave you, you have not thought of a business or a block of flats you can build? Do you not feel any mercy for your wife?)