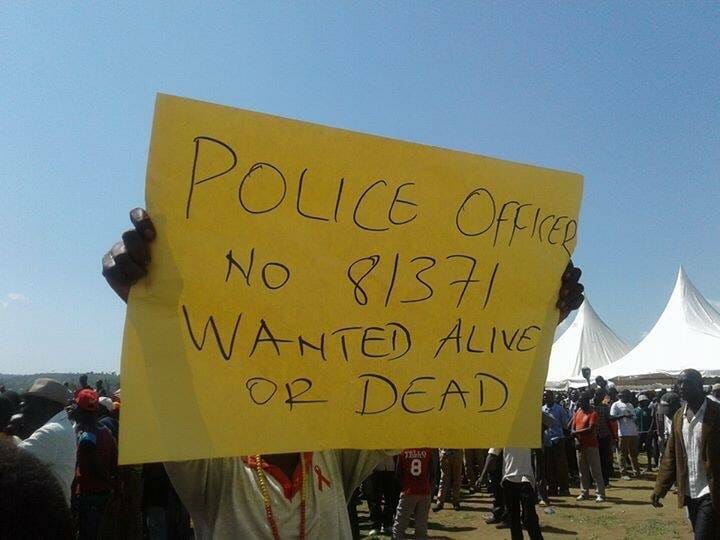 Kisumu residents have sent out an alert for the policeman who shot dead unarmed protesters.

They are requesting for his name, identity and his residence.

Police officers are trained to think and this trigger-happy tactics are so two thousand and late. This isn’t the Moi-era.

The policeman in question remains in hiding after committing the cowardly act. And Kisumu residents are daring him to reveal himself.

Such cowardly acts should not go unmentioned, or sanitized by the bribed Daystar mainstream media numb skulls.

My advise to Inspector General Boinett is to transfer the said officer from Kisumu immediately, if he doesn’t want him to die.