The former Nairobi Governor was on Tuesday released on cash bail of Sh 8 million after spending six days in police custody.

Trial Magistrate Douglas Ogoti gave him an alternative bond of Sh 20 million and directed the ex-county chief to deposit his passport in court.

His co-accused former Mayor John Ndirangu was ordered to deposit a cash bail of Sh 5 million, while George Waina. Pual Mutunga, James Mbugua were given a cash bail of 4 million.

Kidero is accused of money laundering, abuse of office and unlawful acquisition of public property in a Sh68 million corruption scandal. 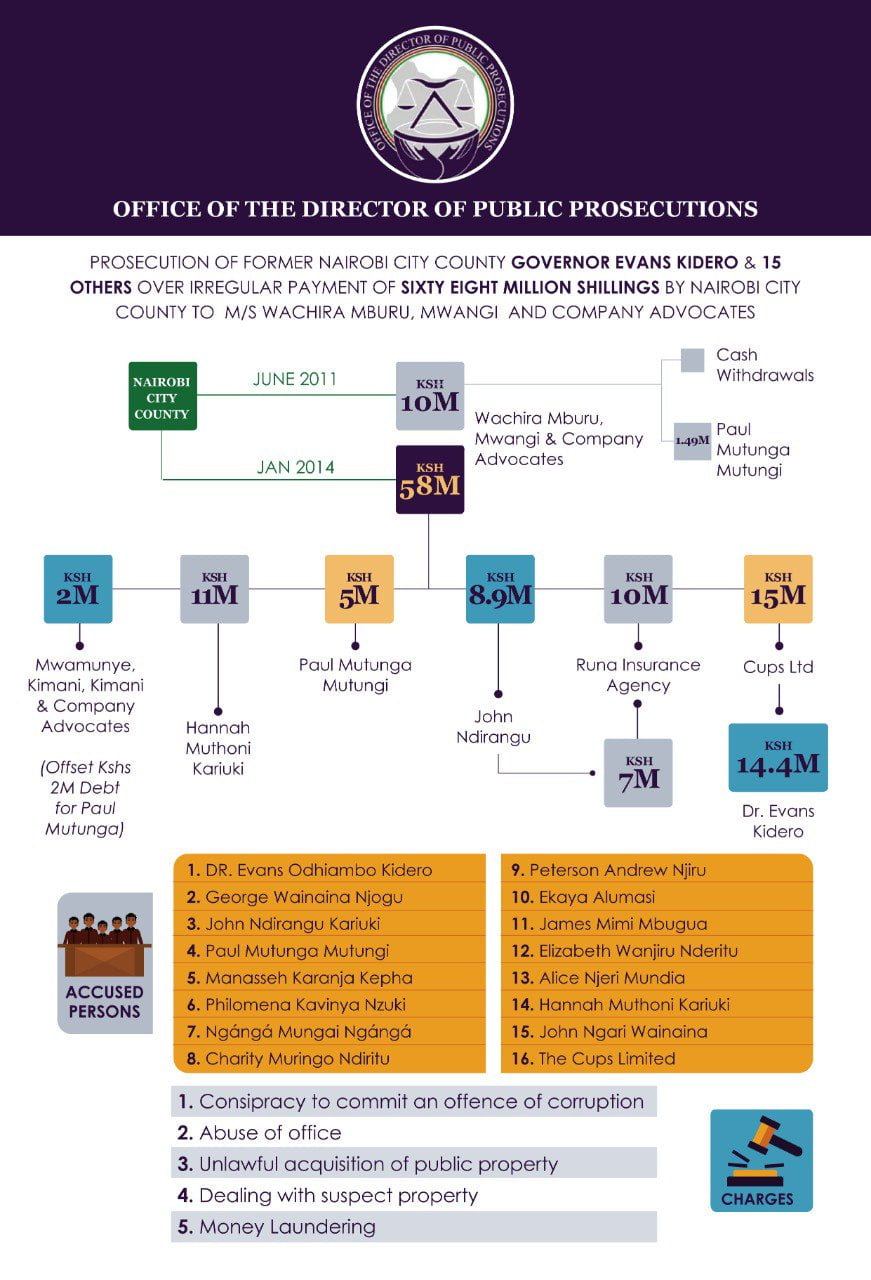 Kidero paid the Kshs. 8 million in cash without much struggle and the netizens couldn’t relax.

Most wondered how in this economic times, corruption being the sole economic activity, this guy could just walk into a bank and deposit Kshs. 8 million without sweating.

A photo shared on Twitter showing the bank slip in which the Kshs. 8 million was deposited drew a lot of comments in praise and condemnation. 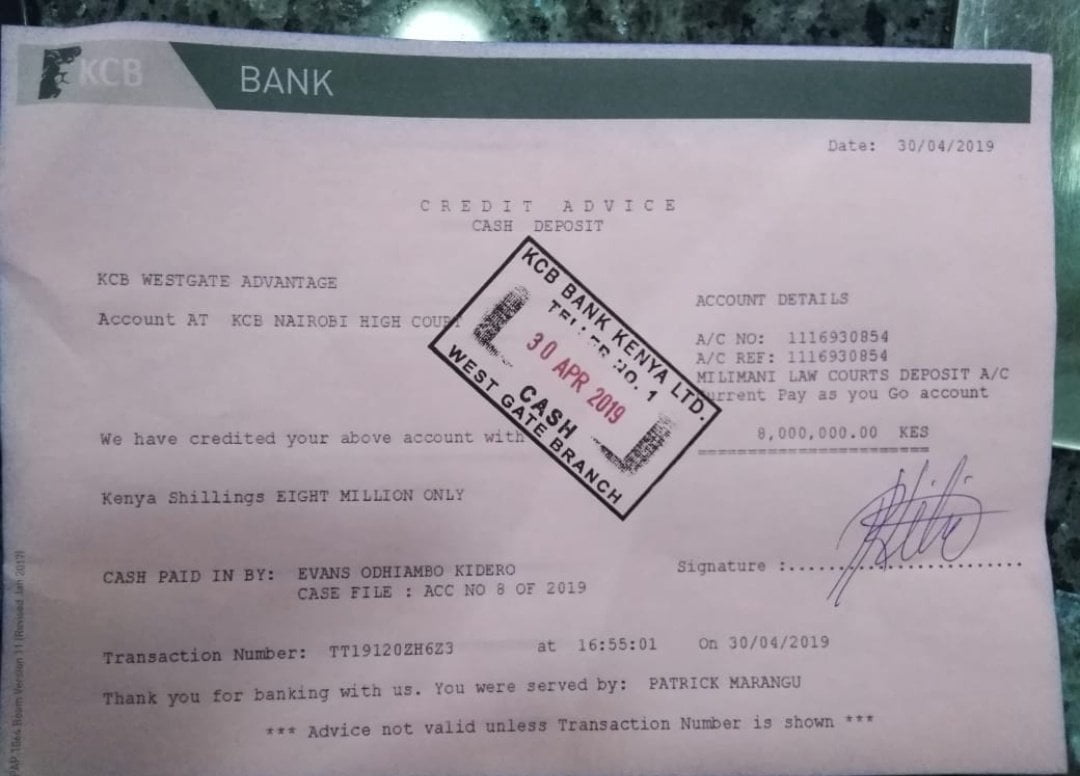 See below some tweets we sampled:

Many felt that the cash bail was too low

Should have been 800M

Others felt the money should’ve been given to them

I must be in the wrong hustle 😣