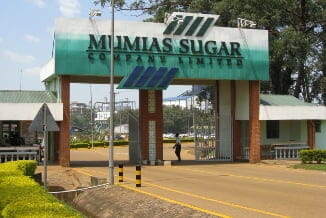 It is now official that up to 300 employees at the once coveted Mumias Sugar Company, including top managers will be sent home as part of a Sh5 billion bail-out plan by the government to revive the country’s leading sugar producing company. Also to face the sack is a half of the board of directors.
But even as the government plans to resuscitate and save the ailing Mumias Sugar Company from imminent collapse, there is more than meets the eye in the plot. Fear is that a scheme by sugar daddies and mummies to have a friendly management for their own personal gains is secretly being worked out.
It is due to this sinister move that during last week’s meeting chaired by William Ruto, it was agreed the board and management resigns to chart way forward. Surprisingly, Ruto and the government’s intervention comes immediately after Kenya got a one-year reprieve from Comesa not to flood its market with cheap sugar originating from the region.
Before the Sh5 billion bail out by the government, word had it that a move to appoint a foreigner as head of the troubledMumias Sugar Company was in the offing.
Ruto chaired the talks that brought together National Treasury principal secretary Kamau Thugge, firm chairman Dan Ameyo, chief executive Cotts Otolo and which saw called creditors representative in presence. Mumias is strategic to industry players since it accounts for a third of the country’s annual sugar production.
Political leaders from Western region have however vowed that they prefer a local manager who will generate a local solution to the problem facing Mumias.
Mumias has been in the news lately following the release of an audit report that revealed massive financial impropriety at the largest sugar milling company in Kenya.
Eight top managers among them former managing director Peter Kebati, former commercial director Paul Murgor, finance director Chris Chepkoit, warehouse manager Christine Cherotich and the national sales manager Fredrick Nzioki have adversely been mentioned in the damning forensic audit report released by audit firm KPMG.
Leaders from the Western region are however bitter that the rescue package will see employees lose jobs. Mumias East MP Ben Washiali is at the forefront in pushing for the retrenchment. Last week, chaos erupted after Washiali led demonstrations to remove the current office-holders. Washiali is said not to get on well with Ameyo team and has been pushing for their removal. Local MPs invited to participate in the demonstration kept off after it emerged that Washiali had received millions to pay farmers Sh50,000 each to participate. He did not involve his colleagues in parliament. Only Bumula MP Boniface Otsyula was present but was overheard complaining Washiali had shortchanged him. With fear that a number of staff will be laid off, Washiali has found himself in trouble as those to be affected and their families are cursing why they elected him.
Already, tension is high as the 1,900 employees are not sure of their fate. According to sources privy to the details of the meeting, before the government pumps in the Sh5 billion, the deal will see a change in the entire top management.
Among those being targetted for removal include Otolo, John Imbogo the finance director, Charles Owino who is the acting director of human resources, Boniface Makhandia the head of agricultural operations, Wesley Koech who is the director of information and communication technology and Josephat Asira, the director of factory operations.
Others are Diana Barasa who is the acting company secretary/director of legal affairs, Margaret Makhungu-Mukoba, the director of marketing and corporate affairs and Jonathan Mutonyi.
The proposal to sack top management of the company has been discussed and agreed but it is still not known who among the top managers will be shown the exit door. The proposal comes barely a week after farmers held violent demonstrations to eject top management.
Also facing the sack are half of the board of directors which comprises Ameyo who is the board chairman, Otolo who is the MD, James Chege, Nancy Kaminchia, James Opindi, Francis Kipkoech, Mukabanah Massimba and Sarah Serem. Others are Nimrod Namenge, Amuhaya Barasa, Elizabeth Kyengo and Esther Koimett.
According to a report by KPMG, Mumias Sugar is still a viable entity but need a shake-up of its top management and board. “Unless this is done, any debt restructuring plan put forward will not have credibility with lenders,” reads part of the report by KPMG.
The report revealed how employees exploited and profited from loopholes at the miller in what could be the reason why the once economic giant of western Kenya remains a shell of its former past.
Already, the company had placed adverts for the following positions at Mumias Sugar. Chief financial services officer, chief agricultural services officer, chief factory services officer, chief human resource services officer, chief commercial services officer, chief supply chain officer, manager information technology services, manager security, manager risk and compliance, manager cooperate strategy and planning and communications.