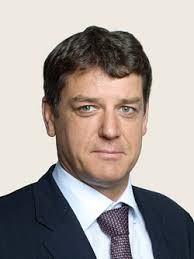 The take-off of Tatu City seems to be gaining pace with a number of multinationals and local firms lining to take up space at the Sh240 billion industrial complex.

Unilever’s CEO Marc Engels said the planned Sh17 billion expansion aims at meeting the growing demand for their products, saying Kenya was a suitable location with robust human capital and infrastructure that links it to its neighbours.

Mr Jennings struck it big when he managed to rope in US Ambassador Robert Godec and Kenya’s Foreign Affairs CS Amina Mohamed during groundbreaking ceremony for the Kijani Ridge residential development where 301 houses will be set up.

Sixty per cent of the units were sold on the first day of bidding.

Kijani Ridge is Tatu’s first gated community site where buyers will only provide funds and pave the way for construction of the units whose approvals have since been granted.

Ambassador Godec said the initiative represents the attractiveness of Kenya to American businesses and that the houses would showcase the US’ taste of residential units and industrial developments in one centre.

London-based coffee roaster, Dormans, has also moved in after buying 10 acres where it plans to build its global headquarters-cum-plant at a cost of about Sh656 million.

Dormans termed the move strategic since Africa was the next growth frontier.

The Dormans global head office, which is scheduled for completion next July, will employ 200 Kenyans and becomes the first plant that is set to add value to locally grown coffee on Kenyan soil.

The processing, packaging, warehousing and trading factory has annual capacity of producing 15,000 tonnes.

Tissue maker, Kim and Fay, has also secured 10 acres at the park where it plans to construct Sh2.5 billion regional headquarters-cum-industrial complex as it relocates from Nairobi’s Industrial Area.

The main distributor of Heineken beverages Maxam has also secured land to build its head office and warehouses as it also runs away from the city’s congested Industrial Area.

The planned city’s infrastructure that comprises of water, electricity, paved roads and sewerage is being put up by Chinese company, Sinohydro, which signed a Sh400 million deal with Tatu City owners.

Mr Jennings expressed optimism that more multinationals were signing up, several months after his company, Rendeavour, participated in hosting US President Obama’s inaugural visit to Kenya where he was accompanied by executives of over 50 American firms.

“We welcome the ongoing developments where firms have chosen Tatu City as their destination of choice for expansion into East Africa.

Tatu City will deliver its promise to create a live-work-play environment free from congestion while providing homes and jobs,” he said.

According to Tatu City’s master plan, the mixed-use satellite city located in Kiambu County will house 62,000 residents and accommodate a further 30,000 Kenyans who will be working at the various firms located at the industrial park.