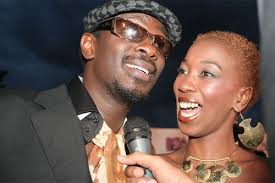 Bingwa Awards comeback artiste of the year, Nameless, has vehemently denied allegations that he took a high paying TV job with M- Net East Africa just to fill his pockets.

Speaking during a recent media interview, the veteran musician clarified that he decided to take the job as it provided an avenue for him to mentor young upcoming musicians.

“Honestly speaking it’s not about the money. It’s all about what one can offer. When I looked at the kind of guys who are there and the kind of stuff that they would be making I was quick to jump in. For real, it will take a lot of time from us but it’s not about the money. The money will be just to compensate us for the time that we will be pulled away from other things,” he disclosed.

Nameless is among a group of local celebrities who have been selected by M- Net to locate and mentor raw music talents from East Africa in a new reality TV show set to air on M-Net’s entertainment focused channel, Maisha Magic.

The reality TV show, which will begin airing on February 9th, will feature 6 outstanding young musicians who will be competing against each other to uncover the ultimate superstar.

Artists who will be participating in the show as mentors include Nameless and Rabbit from Kenya, Maurice Kirya and Jose Chameleone from Uganda and AY and Shaa from Tanzania with Erick Wainaina from Kenya taking charge as the music director.