The news that Gor Mahia had parted ways with their head coach Dylan Kerr sent shockwaves through the Kenyan footballing nation. After two title winning seasons and a historic CAF Confederations Cup run, it was very confusing why Gor Mahia would let such a brilliant man go.

Part of Kerr’s resignation letter read, “With a very sad heart, l have decided to accept another coaching role for the 2018/19 season.” A source has now told CNYAKUNDI.COM that Kerr might have landed a new lucrative job in England after his impressive performances with Gor Mahia caught their eye.

During his two seasons in charge, Kerr made Gor Mahia one of the most entertaining sides in the Kenyan Premier League and made the fans’ continental dream a reality and thus many clubs both locally and abroad sought the Englishman’s services.

The source also told us that the hierarchy at Gor Mahia wasn’t very happy with Dylan Kerr’s popularity among the players and the fans which made them feel extremely insecure. It is believed this was one of the major reasons why Kerr was forced to leave the club he loved so much. 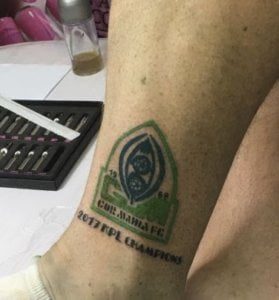 The fans have received the news of his resignation with a lot of displeasure with some saying the club should have pushed him to stay a little longer but wishing him well nonetheless.

For rival clubs, however, this is great news as the new season is just around the corner and Sirkal have no one in charge.