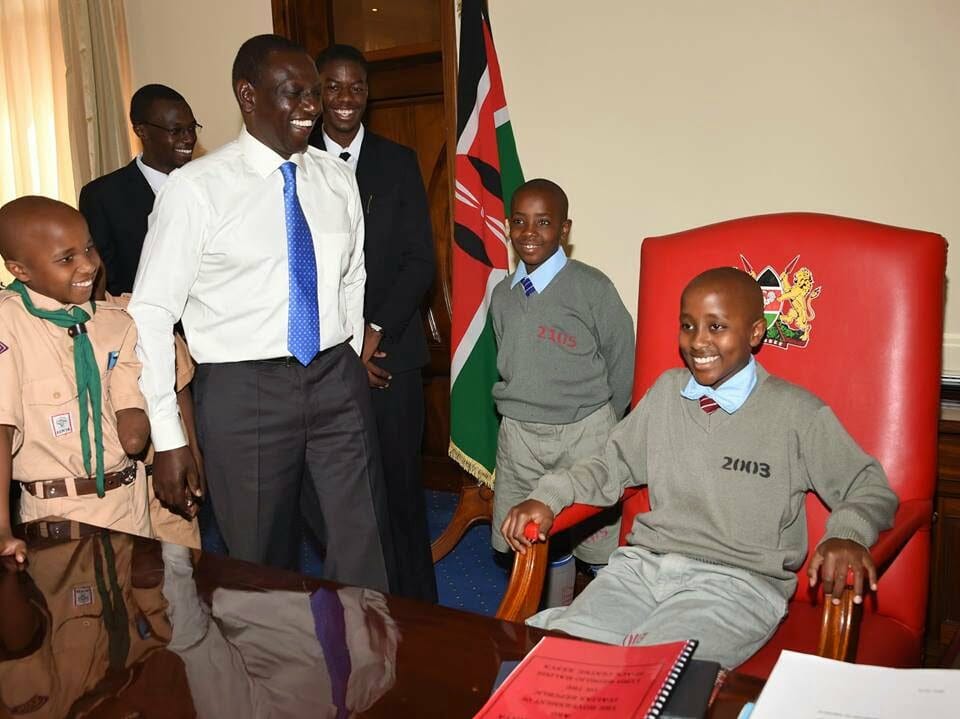 There is uproar among civil servants working in the Office of the Deputy President William Ruto for what they term as inefficient and poor management on the part of the principal administrative secretary Daniel Wambura.
Officers said they have been forced to undergo suffering as they cannot enjoy their work and allowances like their State House counterparts.
The officers said Wambura allegedly fabricated the problems that Maryanne Keitany was accused of because he was uncomfortable in the office in the presence of Keitany.
They claim it was Wambura who wrote a letter to the Ethics and Anti Corruption Commission informing them that Maryanne was responsible for the loss of money in the DP office.
The sources said when Ruto took over the leadership, as DP there was discussion that an officer from Kuria community was required to take over the post of Pas.
But an officer from Kuria who was set to take over the post declined forcing Keitany to propose the name of Wambura.
Wambura was said to have been moved from job group N to job group U courtesy of Keitany upon taking over the position.
Pas was reported to have joined hands with former officer in Legal Office Jasper Mbiuki to allege that Keitany had pocketed Sh200million that she had been allegedly given to ensure a motion to support the removal of Ann Waiguru, Devolution minister succeeded.
“Keitany was said to have been tough on the use of funds that denied any opportunity for Wambura to order junior officers at the accounts to give him money any time he wanted,” claimed a source.
Another senior officer in the DP’s office said Ruto was aware of the problem and it was just a matter of time before Wambura is kicked out of the office.
“Almost everybody wants Pas to be moved from the office. Several others have been given transfers to other departments after they complained that they could not work with Wambura,” said the source
A junior officer from the accounts section said he was at one time called by Pas and asked if the DP had asked for any funds from the office to use over the weekend.
He said after he told Wambura that the only money they give for weekend functions was for the officers who were on duty outside their stations, he seemed not satisfied.
The source said he summoned another officer to his office over the same and asked the same question.
“He called me and I told him the truth. But I was shocked when he asked if DP was given money to be using over the weekend. It looks like this man is after something and he does not like the DP,” the officer said.
There were even reports that he was spotted talking with a senior opposition leader in one of the hotels in Nairobi and a leader who has been critical of DP on the issue of harambees.
Another officer said the DP is not happy that officers in his office have never been promoted to next job groups despite their counterparts in State House getting promotions.
The source said although Keitany had her own weaknesses, the worst person that was determined to bringing down the activities of Ruto is Wambura.
They warned that returning back Keitany as chief of staff and retaining Wambura will be chaotic as many officers will opt to get transfers out of the office.
The civil servants want the DP to come to their aid and ensure Wambura is transferred if operations in his office have to be carried out smoothly.
“I am telling you. This man is among those who pretend to be Christians but when it comes to money matters, Christianity does not arise. This is strange,” said the source
The officers praised secretary administration Shadrack Mwadime as someone who is professional in his work and well placed to replace Wambura.
They said they are sometimes forced to go on visits out of Nairobi without money because documents to obtain money stay for long in Wambura’s office before they were signed to enable the process proceed.
Asked who was better between Keitany and Wambura on matters of administration, the officers said the latter was professional only that too much power she was wielding was making her arrogant.
“Wambura pretends to be someone who is heavily religious but a very bad man. He was given a big job group that he did not expect and that is why he feels he has reached his destination. He does not understand that when you are at the top today tomorrow you will be down. He should ask people like Sally Kosgey,” said the source.
Another officer said a memorandum has already been presented to the DP on how operations are being carried out in his office.
He said officers especially departmental heads have decided that they will not rest until Wambura is transferred or alternatively they are moved to serve in other ministries.