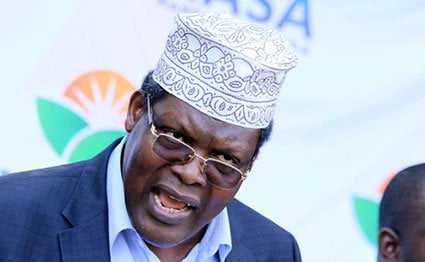 Kenyans are people who have ideas but they are also cowards.

It is self-evident that the ballot has failed after becoming a good tool for removing the oppressors in 2002, the ballot was subverted by the deep state.

DEEP STATE: also known as a state within a state, is a form of clandestine government made up of hidden or covert networks of power operating independently of a state’s political leadership, in pursuit of their own agenda and goals

We have been defeated by the deep state, the shadow governments and the secret operatives who commit structural violence on us day in day out.

We have become hopeless, only finding opportunities to vent online with nothing tangible to show on the ground.

No revolution takes places when citizens are asleep.

If you don’t protest when you are being oppressed, it means you are enjoying it.

We’ve covered the stories of unemployment crisis, slavery in employment, underemployment and even fraudulent banks that collude with criminals, with blessings from the banks management and the regulator, to steel from customer accounts.

The security and intelligence services seems to know what is happening, but in a authoritarian society that Kenya has become, no one wants to correct the excesses. This is impunity.

It is a sad state of affairs that the citizenry has continued to sleep, hoping that somehow things will change.

Miguna, the lawyer, activist and uncompromising defender of integrity in public undertaking reminds us what we need to do.

Miguna says, ‘Kenyatta, Moi, Mugabe, Biya, Abacha and other despots have abused power, brutalized our people and plundered our wealth under parliamentary systems. What we need is defeat the despots and transform our countries through popular revolutions to ensure that leaders serve the people’.