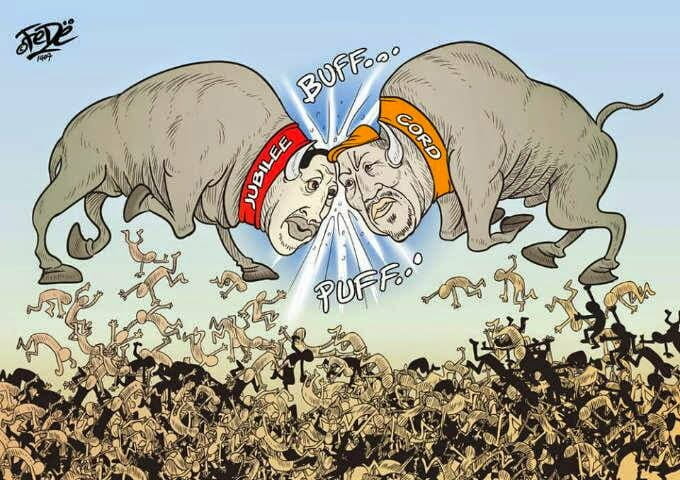 Normally, according to the media elites’ rulebook, when Gvt rants, it’s called free speech; when critics rant, it is hate speech. The media has succeeded in convincing many idiots that any form of criticism is hate-speech- Normally aimed at creating fear and making us coil our tails in the wake of atrocities and serious causes that need someone to rise up and vehemently condemn.
The media should not dance to the governments tune, instead of saying that someone was arrested for insulting the president, they should investigate why and who has done that before without facing the full force of the law. But this is something the Kenyan media will never do…Their work is to join in by condemning and creating fear among Kenyans ..Headlines and articles like ” The dangers of hate-speech ” are the order of the day. KTN had an opinion question ” Will the Jailing of Wadi stop hate speech ? ” ” He posted unprintable things on social media , things that cannot be read by human beings ! “Said a news anchor . Very hypocritical, very hypocritical if repeating myself will make the facts sink in deeper.
The work of the media should be that of educating and acting as a watchdog of Wanjiku. They should not just join in and crucify people they are supposed to fight for .They should investigate and come up with a good conclusion as to why a young Kenyan would insult the president, why would he harbor such hatred for the top leader ?
But that will never happen. All the media elites care about is making money and interviewing socialites. Like I have said many times in many platforms before, the Kenyan media is flooded with adolescents who cant think or make a wise decision. The Wadi’s case needs mature arguments. But it seems the Kenyan media has gone into bed with the oppressive Jubilee regime. They are now our enemies, we should never trust them.
I hope the media will come out and ask why we have selective application of the law. We want to know why some people are immune to the law that has been set up the fight hate-speech since it is now a national disaster more than graft, impunity and even insecurity ! Assuming I have the Jubilee Fellas Mindset.
But since the media elites cant do this, we should rise up and tell people whats going on. Yes, we dont support what Wadi posted but we abhor and condemn selective application of the law. Our stomachs churn when we see screenshots of hate speech updates made by people who are enjoying their freedom… maybe because they are from the right tribe or right side …. Politically speaking.
NCIC is a useless institution that cant nail the big fish. Their targets are the small fish making eradication of hate-speech on social media a laughable joke.The Kenyan media has also been remiss and biased with their semi-illiterate and adolescent journalists quick to call anything hate speech without doing good research.
Folks, lets not fear. Freedom should be enjoyed by all of Us. When Kuria engaged in hate speech, he was rewarded with full support from Uhuru. At that time, Uhuru didnt know the pain of hate speech till Wadi insulted him just the other day …He called him a Criminal and Red eyed President. Can we trust him with stopping hatespeech ?