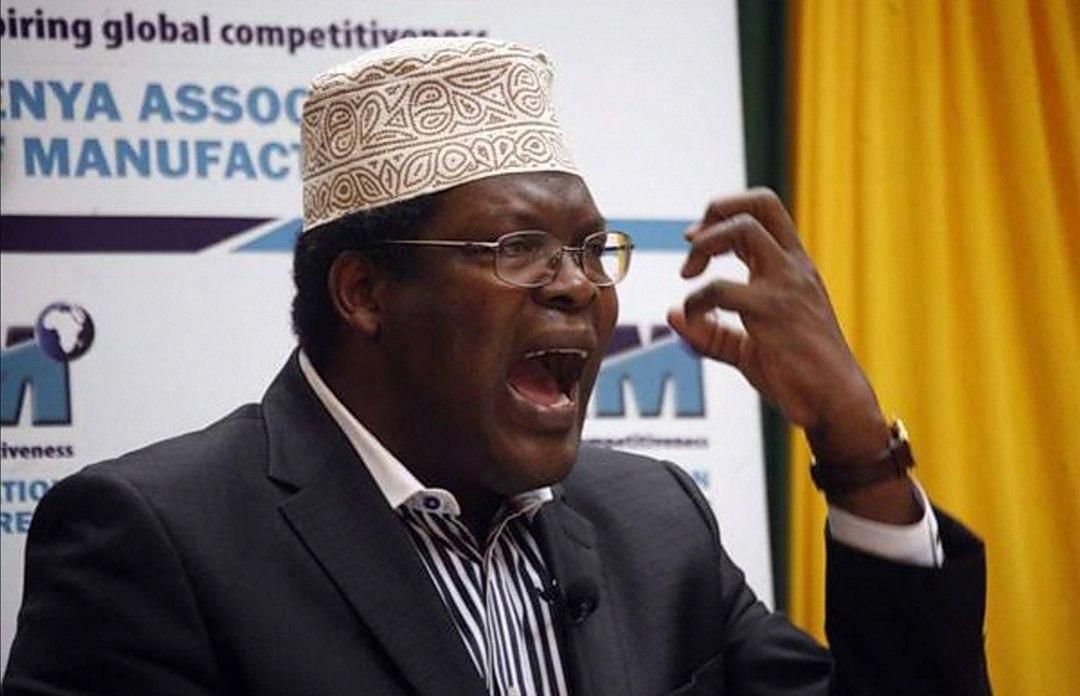 The leader of the Kenya Revolutionary Front (KRF) lawyer Miguna Miguna has schooled Kenyans on the legacy President Kenyatta will leave.

Dr Miguna said that all the vices attributed to the president are to be inherited by his kids and not Kenyans.

He wrote, “The only people and “heirs” Despot Uhuru Kenyatta may lecture and pass on his torch of drunkenness, drug addiction, smoking, looting and bestiality to are his children Ngina, Jaba and Muhoho. Kenyans are SOVEREIGN. Kenyans are not Uhuru Kenyatta’s children or slaves. #uhurumustgo.”.
Miguna was sedated and forcefully deported from Kenya in early 2018 after administering an oath on People’s President Raila Odinga at Uhuru Park Nairobi on 30th January 2018.
He was blocked when he attempted to enter Kenya in January 2020, despite over 15 court orders, ordering his the government facilitate his return.
Miguna has been communicating with his followers in Kenya through his posts on Facebook, Twitter and videos of YouTube.
READ MORE:
1/
https://www.cnyakundi.com/why-uhuru-is-guilty-of-corruption-miguna/
2/
https://www.cnyakundi.com/lawyer-miguna-weighs-in-on-takeover-of-nairobi/
3/
https://www.cnyakundi.com/give-me-my-passport-to-prove-you-are-serious-about-bbi-exiled-miguna-plotting-second-comeback/
Would you like to get published on this Popular Blog? You can now email Cyprian Nyakundi any breaking news, Exposes, story ideas, human interest articles or interesting videos on: [email protected] Videos and pictures can be sent to +254 710 280 973 on WhatsApp, Signal and Telegram.

In this article:Miguna Miguna, Uhuru Kenyatta