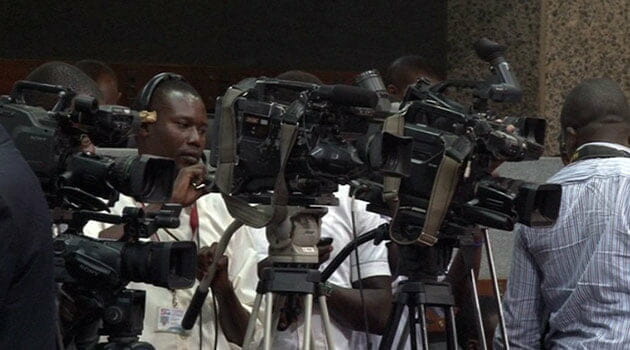 A majority of Kenyans support a referendum to change constitutional provisions on revenue sharing between national and county governments.
According to a survey released on Wednesday, 51 per cent of the 2,397 adults polled in the Afrobarometer survey said they supported a referendum to increase revenue allocation to the devolved units.
According the survey conducted between November 12 and December 5 last year, another 37 per cent disapproved of such a vote, while seven per cent did not know whether such a move was important. Two per cent refused to answer the question.
In another question, which was almost similar, respondents were asked if the Constitution should be amended to address revenue sharing and to strengthen resolution of disputes between county and national governments.
In response, 61 per cent said they supported while 23 per cent said they either disagreed or strongly disagreed. Only seven per cent said they neither agreed nor disagreed while eight per cent said they did not know the answer to the question.
The survey also revealed that 47 per cent of the respondents felt that the national government was not disbursing funds adequately to counties, while another 34 per cent said they were satisfied.
Five per cent neither agreed nor disagreed, while another 14 per cent expressed ignorance on whether the funds were being distributed adequately or not.
Afrobarometer is an African-led non-partisan research network that conducts public attitude surveys on democracy, governance, economic conditions and related issues in more than 30 countries in Africa.
Its survey in Kenya was conducted by the University of Nairobi’s Institute for Development Studies.
PROVIDE AN IMPETUS
Governors and the Opposition coalition have been pushing for separate referenda, both aimed at increasing county allocations, and the survey is likely to provide an impetus for the two camps to revive their flagging push for the vote.
The survey further indicated that a majority of Kenyans were finding it difficult to participate in key county activities such as budgeting and planning forums, while at the same time lacking access to information on county budgets.
The polls showed that 80 per cent of respondents in all the 47 counties found it very difficult to participate in county budgeting and planning, while another 81 per cent found it hard to influence decision-making in their counties.
On another question, 78 per cent said they had no access to information on county budgets, legislation and project plans.
On whether they had ever attended a county planning meeting, 73 per cent said they had never, but would do so if they had a chance.
At least 12 per cent said they would never attend such a forum, while nine per cent said they had had a chance to participate. Another four per cent said they had been in such forums “several times”.
“This lack of participation is very worrying, yet it is the core of devolution,” said Prof Winnie Mitullah, while presenting the findings of the survey in Nairobi, on Wednesday.
She said a study should be conducted to find out why the public is unwilling to participate in such important civic undertakings.
The survey also revealed that 59 per cent of the respondents had more trust in their governors as opposed to 51 per cent who had confidence in their members of county assemblies (MCAs).
Support for governors in rural areas was high at 62 per cent and lower in towns at 54 per cent. MCAs also attracted more support in rural areas (54 per cent), but were less trusted in towns (45 per cent).
Governors were also perceived to have performed better in delivering their promises for the past 12 months (at the time the poll was done) and polled at 61 per cent, while MCAs scored an approval rating of 55 per cent.
MCAs were also perceived to be more corrupt, with 37 per cent of the respondents saying “all of them or most” of the MCAs were corrupt, while 33 per cent thought the same of governors and officials in their offices.
“Rural areas and places which were previously marginalised seem to appreciate governors and devolution very much due to the development and benefits they have seen,” said Prof Mitullah.
In terms of service delivery, provision of basic health services was rated the highest since the onset of devolution, with 54 per cent of the respondents saying this had been handled “fairly well or very well”.
BADLY HANDLED
Maintenance of local markets received an approval rating of 46 per cent with another 51 per cent saying markets had been badly handled.
On road maintenance, 43 per cent were satisfied while 55 per cent of those polled expressed dissatisfaction with the way counties were handling road rehabilitation.
The respondents were almost equally divided on whether county governments had the ability to raise their own resources, with 42 per cent agreeing that the devolved units were able to raise extra funds while 41 per cent disagreed.