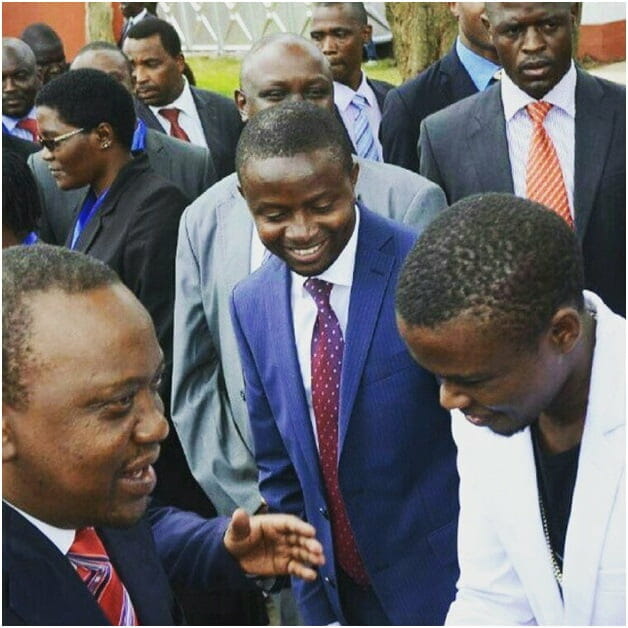 Ever since President Uhuru Kenyatta took over power, he has been supporting youthful talents and this has made him resonate well with majority of Kenyan youths.

In the recent past, Uhuru has been caught on camera jamming to local tunes such as Sura Yangu by Sauti Sol and this shows you how youthful the President is.

President Uhuru Kenyatta is also a fan of local comedy and Churchill Show’s Chipukeezy happens to be his favourite local comedian.

Popular comedian, Fred Omondi, revealed this through social media as he congratulated Chipukeezy for his hard-work. 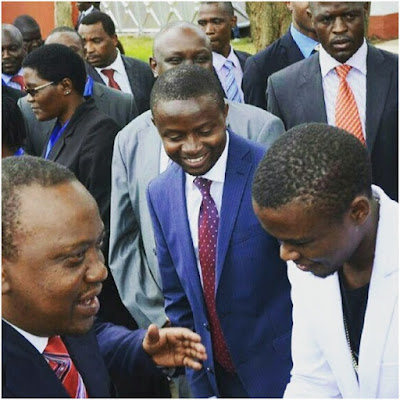 “I admire this comedian @chipukeezy cz he is hard working yet very young. Officially tagged the president’s choice comedian. Let us appreciate our own. @chipukeezy”. He posted.

Sometimes back, Chipukeezy caused a buzz on social media after he told President Uhuru straight to his face that he wanted to marry his daughter, Ngina. This was during an interview on Kiss FM months before the 2013 General Elections.