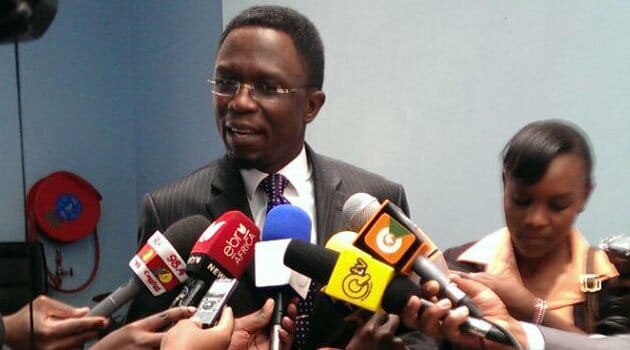 Ababu Namwamba has survived a no-confidence vote as chairman of the Public Accounts Committee (PAC) after members opposed to his leadership failed to marshal the support of at least 14 MPs in a stormy sitting on Thursday.

Only 13 of the 26 committee members supported his ouster, while nine voted to retain him as their chairman. The vote would have succeeded if it had the support of more than half of the committee members.

PAC vice-chairman Cecily Mbarire (Runyenjes) and Andrew Mwadime (Mwatate) abstained from the vote. Teso North MP Arthur Odera missed the sitting convened by the Clerk of the National Assembly to vote on the censure bid, while Kabondo Kasipul legislator Silvance Onyango Osele was de-whipped from the committee.

Speaking after the meeting which was characterised by shouting matches, Namwamba said he was vindicated in the matter he considers to have been politically instigated.

“I can say that I have gone through a trying one week, this has been a most difficult period in my life, not because of my position as chair being at stake but about the person of my character.”

The PAC chairman added: “My Integrity, my name has been dragged through the mud with absolutely no basis. I have been the subject of speculation on formal and social media, my character has been massacred and all because of an irresponsible person who triggers a rumour and then sits back to enjoy the results.”

The parliamentary watchdog has been rocked by claims that some of its members have been taking bribes to change some of its investigative reports.

Committee members seeking his ouster had filed a no-confidence motion accusing him of taking bribes and doctoring committee reports.

The MPs who signed a petition supporting the motion said they intended to oust Namwamba on the grounds of “serious bribery allegations touching on the integrity of the chairman and conduct of members of the committee”.

However, Nyatike MP Omondi Anyanga and Mbarire accused Namwamba of engaging in mud-slinging tactics during the sitting and said they would recommend that the EACC investigates the matter.

Anyanga who was among three ODM MPs who had signed the petition, denied media reports that CORD leader Raila Odinga had directed his party MPs who support the no-confidence motion to withdraw and threatened dire disciplinary action, including de-whipping of ODM members from the watchdog committee.

Odinga who is currently leading an African Union election observer mission in Lesotho is said to have delivered a stern warning during Monday’s meeting between the Opposition MPs in PAC and the CORD leadership in Parliament led by Coalition Co-Principal and Senate Minority Leader Moses Wetang’ula.

Namwamba on his part said he is ready to face the investigating agencies over the claims.

“You had a cocktail of politics, vested interests… you get a scenario that is just messy, I am happy, not happy because I have not been removed as chairman. I am happy because I have been vindicated, I have maintained, and I maintain that I am blameless, I am as clean as snow, I am ready and willing to subject myself to any inquiry by the EACC, DPP even internal House disciplinary processes,” he said.

In the petition dated February 19 copied to Namwamba and the Clerk of the National Assembly, the legislators alleged their chairman doctors committee reports, leaks information to the media, high-handedness and bribery.

They cited when the committee was scrutinising the Auditor-General’s Report on the 2012/2013 financial year, which highlighted unexplained expenditure at the Ministry of Provincial Administration and State House as an example of when Namwamba could have been ‘persuaded’ to change the outcome.

Among the controversial assignments that have been handled by Namwamba’s committee include the probe on the procurement of a luxury jet for the Deputy President William Ruto and his entourage of 15 on a tour of four African countries at a cost of Sh25 million.