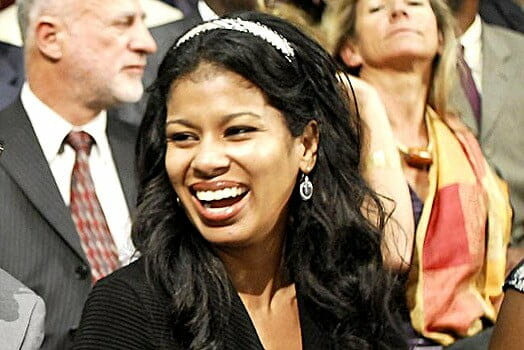 The Continuous Lies By Julie Gichuru are likely drawing to a close. What once worked for her by lying to Kenyans and acting like an angel will not work  this time round. Julie Gichuru is disinclined to rethink a workable strategy to hoodwink Kenyans .

How different  was it 10 years ago ? The Kenyan Journalists and the media in general would lie to us, Do PR for the Corrupt without us asking because we lacked an avenue . Now we have social media and especially Twitter and the Bloggosphere to expose these Lying media elites .

So I am exposing this sports scandal and Julie Gichuru has been adversely mentioned . Let me Quote the Article I did .

In our previous segment regarding the brewing top story at the Government parastatal previously referred to Sports Stadia Management Board (SSMB) and now reconstituted as Sports Kenya, we promised to follow up article on the individuals behind a simmering sports scandal.
Coinciding with our article today, is the release of the Auditor General’s report on the wastage of public funds, where only a paltry 1.2% of the country’s budget can be properly accounted for, in the 2013-2014 financial year.
In 2012, the Ministries of Sports and Tourism combined efforts to launch what was referred to as “Kenya House” to run concurrently with the London 2012 Olympics, which costed the taxpayer hundreds of millions of shillings. To clean up the scam, Julie Gichuru was paid millions of shillings host events and televise from Kenya House, even though no meaningful benefit accrued from the expensive undertaking.
For the Sports Ministry, it seems that the only contact they made was that of OpenSide Sports UK Limited.
The story is told of Former Permanent Secretary (PS) in the Ministry of Sports James Waweru met Kenneth Mathiu, a Kenyan living in London who fronted the idea of international football matches.
Mr. Waweru being a close confidant of President Kibaki, embraced Mr. Mathiu and the project.
To excite Kenyans and other Government officials, Mathiu assembled a team of white faces, who were referred to as OpenSide Sports. Fake portfolio’s of each Briton were generated, with some claiming to have worked for the English Premier League, while others claimed to work for La Liga Side FC Barcelona.
The Britons paraded in Kenya by Former Sports Minister Ababu Namwamba included Archie Paton, Sean Boughen and Scott Steedman. Their names do not appear on any credible football report, indicating links to the club’s they name-dropped during the press conference done in the presence of Gabriel Komora, CEO of Sports Kenya.
However unknown to many Kenyans was their local functionary Mr. Kenneth Mathiu, whose name doesn’t appear anywhere on football reports either. He’s just a Kenyan living in London.
Mr. Mathiu is said to enjoy close contacts with senior Government officials, and has held several meetings with Deputy President William Ruto.
He flies to and from Nairobi on Government money twice a month, an arrangement facilitated through Sports Kenya CEO Gabriel Komora.
To camouflage his activities and mask his name, Kenneth Mathiu has partnered with Peter Kirigua of Pewin Motors Limited, and former CEO of Sports Stadia Management Board Sam Mwai, on his capacity as owner of Icon Sports Marketing Limited.
Peter Kirigua has been muscling his weight and Statehouse connections around Government offices, in his capacity as Chairman of Kenya Forest Service. He has secured tenders to supply vehicles at Government ministries, and to supply power stations and transformers to Kenya Power and Lighting Limited.
A shrewed operative, Peter Kirigua’s pockets are deep, and he has been quoted as saying that Sports Kenya officials including Gabriel Komora, are in his pockets already.
Sam Mwai also acts as the General Manager of Karen Golf and Country Club, where he has successfully influenced his company Icon Sports Marketing Limited to secure contracts to arrange golf-tournaments played in the club.
As of 2013, a cabinet-paper had allocated seed money to initiate the annual Magic Cup Tournament. So far, $500,000.00 has been spent already (an equivalent of Kshs. 50 million), yet no formal commitment by teams was forthcoming.
A project that was supposed to commence in 2013 has thus been delayed, and Kenyans may never see their favorite top teams playing in Nairobi, and the country will never get the exposure that comes with hosting top teams, due to the greed of Government officials working in the Ministry of Sports. 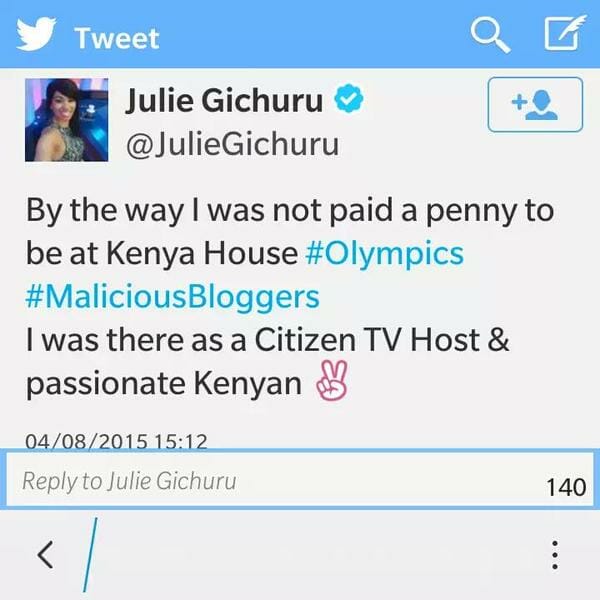 If you look at my article, I just raised a Simple Question . Now she has said  I am a malicious Blogger . I have simple questions .
1) Why do you call your Critics malicious Bloggers ?
2) Why do you think you are more patriotic than other Kenyans ?
3) What happened to the Kenyans for Kenya Money , you have also been mentioned in the Scam because a lot of bucks cannot be accounted for ?
4 ) You have been accused of Doing PR for the Corrupt and cleaning their name . Many Kenyans are complaining everyday- Just  Search your name especially on Twitter . Are all of them your haters and malicious Twitter users ?
5 ) How much were you paid to clean the sports scandal ?
6) If you are that passionate , why have we never seen you in any local sports event e.g when Gor and FC are playing ?
7) Why is Sunday Live losing meaning nowadays ?
I am exposing Corrupt media personalities and always keep locked because their days are numbered .
Would you like to get published on this Popular Blog? You can now email Cyprian Nyakundi any breaking news, Exposes, story ideas, human interest articles or interesting videos on: [email protected] Videos and pictures can be sent to +254 710 280 973 on WhatsApp, Signal and Telegram.