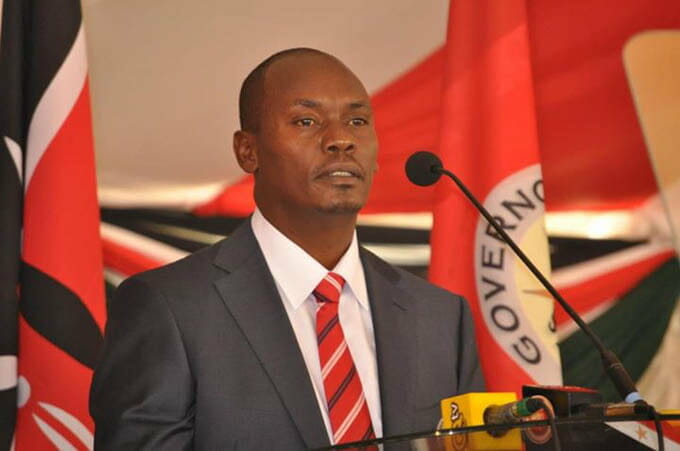 Residents of the populous Thika Town Constituency are up in arms against a local contractor Njuca Consolidated Limited, who was recently awarded a tender to construct the main entry-road into Thika Town.

The small stretch of 150meters has been valued at Kshs. 350 million by the corrupt contractor, which experts estimate should not exceed Kshs. 50 Million.

A resident who spoke to this website on condition of anonymity said that the notorious contractor, who has roots in Thika, is making a big blunder by stealing from his home town.

With the forecasted El Nino rains on the horizon, residents fear the worst, as the alternate route provided by the bogus contractor, has not been levelled, and neither does it have a functioning drainage system.

Residents under the umbrella of the Kenya National Chamber of Commerce and Industry (Thika Branch) plan on taking action, by mobilizing a demonstration in the coming days.

Reached for comment, an official who quoted the CEO of Njuca Consolidated, said that the company is aware of the challenges, and that the County Government had not paid them a penny.

But due to the close links that the company has with President Uhuru Kenyatta, by contributing heavily to his campaign, the company expressed confidence that they are untouchables in Kenya, and that the simple hecklers making noise in Thika, cannot take them anywhere.

“We are untouchables in this Kenya. We fund Uhuru. Let those small poor people of Thika make noise, but they cannot take us anywhere,” the CEO was quoted as saying.

Hon. Alice Nganga who was recently under fire for her open and rather callous affiliation with the Deputy President was unavailable for comment, as her phone went unanswered by the time of going to press.