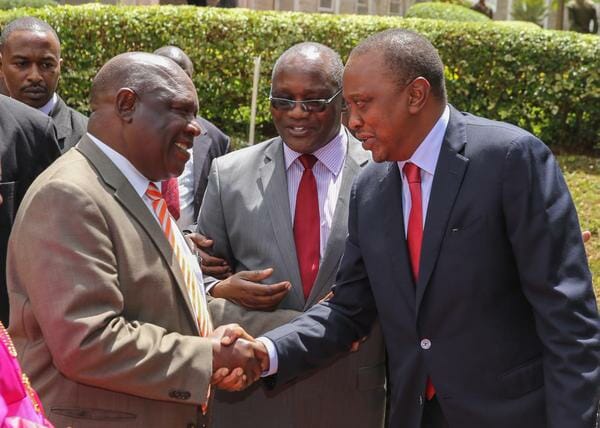 Medical services at Nyamira County Referral Hospital were paralysed for more than four hours after the doctors and nurses went on strike in protest against the delay of their February salaries.
The over 400 medics took to the streets in Nyamira town where they also paralysed the transportation system before police from Nyamira Police Station under the command of David Mwange intervened .
The demonstrators who carried twigs and placards denouncing the county government sang songs that discredited the leadership of the county.
The medics through their secretary Samwel Oruta also complained that the county had ignored their plight by having them not being promoted like their counterparts in other counties.
Oruta also accused Governor John Nyagarama’s government of not absorbing employees who were employed under economic stimulus programme into permanent and pensionable terms.
The workers who later converged at Nyamira Uhuru Gardens refused to be addressed by executive committee membera John Omanwa and Andrew Ombati.
They also complained that their efforts to meet the governor were being blocked.
Nyagarama accompanied by his deputy Amos Nyaribo addressed the charged workers and apologised for the delay of their February salary on which he shifted the blame on the treasury for its delay to release the funds to the county in time.
On promotions, the governor said that his government has yet to get the personal files from the national government so that it can start working on them.
He however said that plans and the committee to be in charge of promotions were at an advanced stage and soon their promotions would be effected.
Nyagarama assured those who were recruited under the economic stimulus programme that they have already been employed on permanent and pensionable terms and that can be attested from their salaries although they have not received letter reflecting the same.