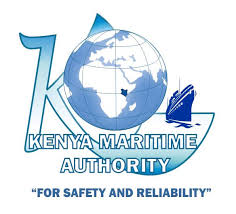 The Kenya Maritime Authority board of directors and the management are engaged in a tug-of-war as lobbying to fill the position of director-general intensifies.
Sources say that the outgoing director general Nancy Karigithu is unhappy that the board led by politician Kitambi Digore is allegedly undermining her in spite of successes she has posted in the organisation. Karigithu is the pioneer DG and has held the position for nine years. Initially, KMA was a department of Kenya Ports Authority headed by a merchant superintendent.
Tension and suspicion have reportedly become the order of the day in KMA since the DG’s position was advertised with those close to Karigithu viewing some senior staff as sell-outs. Inside sources divulged that due to the existing infighting and suspicion, staff who used to sit and take tea together no longer do that for fear of being seen as associating with traitors.
It is instructive to note that Karigithu had wanted to be given an extension but the board did not support her including claims that a member of the board had leaked her intention to a Coast lobby group which wrote a letter to the organisation and copied it to the ministry of Transport threatening to move to court if the DG was allowed more years at KMA.
Lobbying for Karigithu’s post is in top gear with emerging claims that money had started changing hands. Sources say businessmen who are canvassing for one of the aspirants for the coveted position are said to have met a group of Coast activists and gave them hand-outs with instructions that they should issue press statements proposing their man as the most ideal for the lucrative job.
And during William Ruto’s visit to the port of Mombasa last week to launch some newly acquired machines, a section of Coast politicians attempted to reach him over the KMA post but did not succeed as the DP left the Coastal town back to Nairobi faster than they had expected.
Coast MPs, including the parliamentary group chairman Gedion Mung’aro, are reportedly alarmed that upcountry politicians among them national assembly majority leader Aden Duale were fronting their own to replace Karigithu. They fear if they lose out, their political clout will be despised and tainted.
Those whose names are being floated as potential successors of Karigithu include KPA general manager for infrastructure development Abdullahi Samatar, Kenya Ferry Services managing director Hassan Musa, Kenya Shippers Council member Juma Tele, ActionAid regional director Kenyatta Maitha and Captain Ruto of KPA marine department.
Interviews will be conducted later this month even though observers point out that the move is a mere formality since the person who will eventually land the position is the one with the blessings of the most powerful godfather.