Airline safety is measured by AirlineRatings.com, which uses a variety of metrics to award airlines as many as seven stars for safety and quality.

Ethiopian airlines has a good safety record, despite the recent crash of #ET320 aircraft (a Boeing 737 Max 8), that was traveling to Nairobi from Addis Ababa.

The airline, a member of the star alliance, received a of Four Star certification by SKYTRAX in 2018. It was voted “Best Airline in Africa” by SKYTRAX and Arabian Travel Awards.

Ethiopian Airlines has a safety rating of 6 on the AirlineRatings.com

In the aviation industry, safety is key. Adhering to rules is equally important. Nonetheless, we have some broken states with equally broken systems of governance, operating national airlines.

The below airlines are the only ones in the world with only one star [ as of 2018].

1. Air Koryo
This may not be particularly surprising, but North Korea’s national airline is rock bottom in the world rankings. Unlike most entries on this list, it is fatality-free and has an IOSA Certification, which is an internationally-recognized standard for the airline’s operation and control systems. So, why the low star rating?

For one, Air Koryo received an EU ban in 2006 due to safety concerns about their equipment. While parts of their fleet has begun complying with international standards and thus been allowed to operate internationally, the majority of their planes remain banned. Also, Air Koryo’s planes were made in Russia, which automatically costs you a star in AirlineRatings’s score. 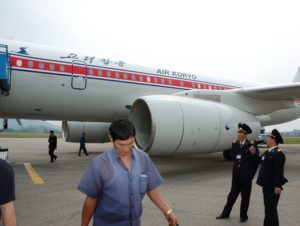 2. Blue Wing
Blue Wing is an airline based in Suriname, flying domestically as well as internationally to surrounding countries such as Brazil and Venezuela. Their one-star rating is due to the many crashes that have occurred since they launched in 2009. They were banned from operating in the EU in 2010, which only affected their ability to fly to French Guiana, an overseas French territory subject to EU regulation.

Blue Wing planes have been involved in three major crashes in the last ten years, in 2008, 2009, and 2010. Two of those led to the deaths of all passengers on board, while the third mercifully only resulted in injuries. Blue Wing claims that the crashes were due to poor airport infrastructure which did not allow them to land safely.
However, no matter who or what is to blame, you should probably use another airline when flying in South America.

3. Nepal Airlines
Nepal Airlines is the flag carrier of Nepal, and yet another one-star airline. It fares even worse than the other two airlines listed so far, given that it fails to meet every criterion listed by AirlineRatings apart from being FAA endorsed, which the vast majority of airlines are. It was banned from the EU in 2013 due to its abnormally large number of crashes.

Of these, a few were particularly tragic. In 2000, a plane collided with some trees on Jarayakhali hill and caught fire, killing 22 passengers and 3 crew. More recently, Nepal Airlines Flight 183 crashed into a hill in 2014, killing all 18 people on board. The investigation following the crash established that the reason was lack of coordination and awareness by the crew, combined with poor weather conditions. 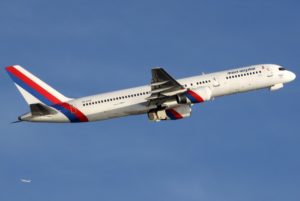 4. Trigana Air
Trigana Air operates out of Indonesia. like Nepal Airlines, they fail all criteria except for FAA endorsement. An EU ban was applied in 2007 to all Indonesian airlines, but several have now been exempted. No such luck for Trigana Air, which since 2002 has experienced 14 major incidents. Of these, 10 were listed as a “hull loss,” the term used when a plane is damaged beyond repair or entirely lost.

The most disastrous of these incidents occured in 2015 when Trigana Air Service Flight 267 crashed in a rural area of Papua, an island which Indonesia shares with the country of Papua New Guinea. A total of 49 passengers and 5 crew died in the accident, the official report of which was not released until two years later. The reasons listed were pilot error and failure of the Ground Warning Proximity system.

5. Yeti Airlines/Tara Air
Nepal once again elbows its way onto the list, which leads us to the conclusion that flying a plane in and around the Himalayas is a dangerous business. In fact, there have been nine fatal accidents and crashes in Nepal in the last eight years alone. For that reason, the EU ban applies to all airlines certified by the Nepalese regulatory authorities, as they are believed to be unreliable.

Yeti Airlines are the parent company of Tara Air, which is why they are listed here together despite being shown separately in the AirlineRating rankings. Both airlines rank a poor 3/8 in the International Civil Aviation Organization’s (ICAO) safety audit, and have a history of accidents and mishaps – occasionally fatal ones. Despite this, they combine to form the largest fleet of aircraft in Nepal with the widest domestic network. This means visitors to Nepal who do not have the time to travel overland run a high chance of having to use one of their poorly-ranked airlines.

Unless you need to travel in Nepal, these airlines are quite easy to avoid. However, these are just the ones rated one-star, the unsafest of them all: there are plenty of two and three-star rated airlines from around the world. Before booking a flight on an airline you have never heard of before, it is always a good idea to check its safety rating and history of accidents. While a low score is not a guarantee of danger, it is an indicator of poor practices and low standards, which is never reassuring when you are in the air. 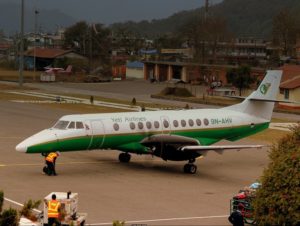 In this article:Airlines Ratings, Ethiopian Airlines