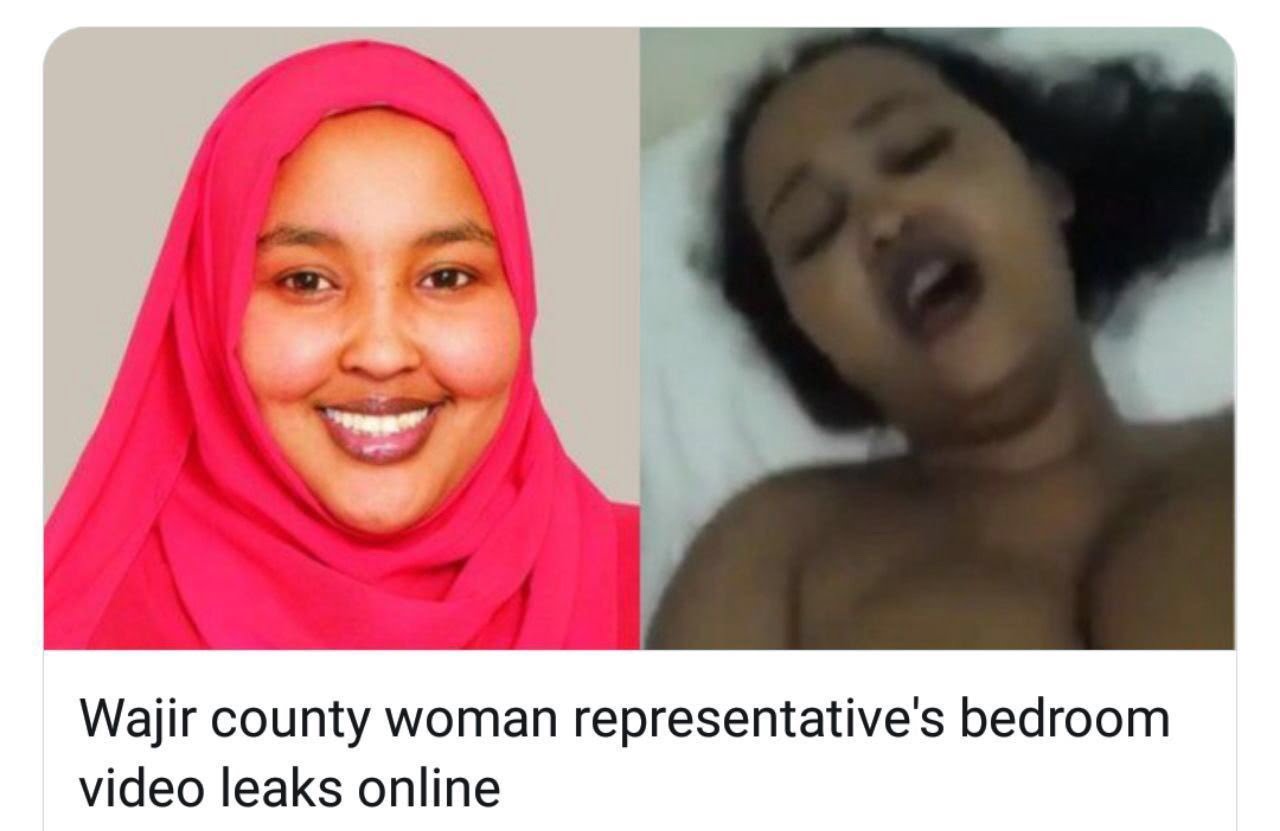 The Fake News That Has Been Trending On Social Media Platforms

There is a video that has been trending on social media allegedly belonging to Wajir Women Rep Fatuma Gedi.

Though it was disgusting watching the video, there has been pressure from our readers to verify and confirm the truth about the alleged sex tape.

To start with, the person in the video is totally different and the video was first leaked online in 2016.

It is disgusting how fake news makes the headlines in Kenya coupled with an audience that never verifies and likes believing before confirming.

A research done by the BBC has shown that emotions play a huge role when it comes to the spread of fake news. This is one of the reasons why during periods of heightened emotions such as elections, there is an increase in sharing of fake news. Fake and real stories live together online a recent study shows that the largest social website Kenyans consume and share fake news is Facebook.

The editor of this site will soon start a “Fact Check” category that will seek to verify various trending issues as we struggle to fight the fake news scourge.

Despite protestations by Githeri media that bloggers spread fake news, Kenyans have come into the realization that mainstream media is the biggest peddler of fake news as revealed in the Migori Jakadala rumour and even the Imenti house saga, scandals that we confirmed as fake.

Further investigations by the cnyakundi.com team confirmed that the sound in the alleged Fatuma Gedi’s sex tape is a voice over from a YouTube Clip that was shared on Youtube in Late March 2018. Confirm and compare the below Videos

The fake video is hereunder