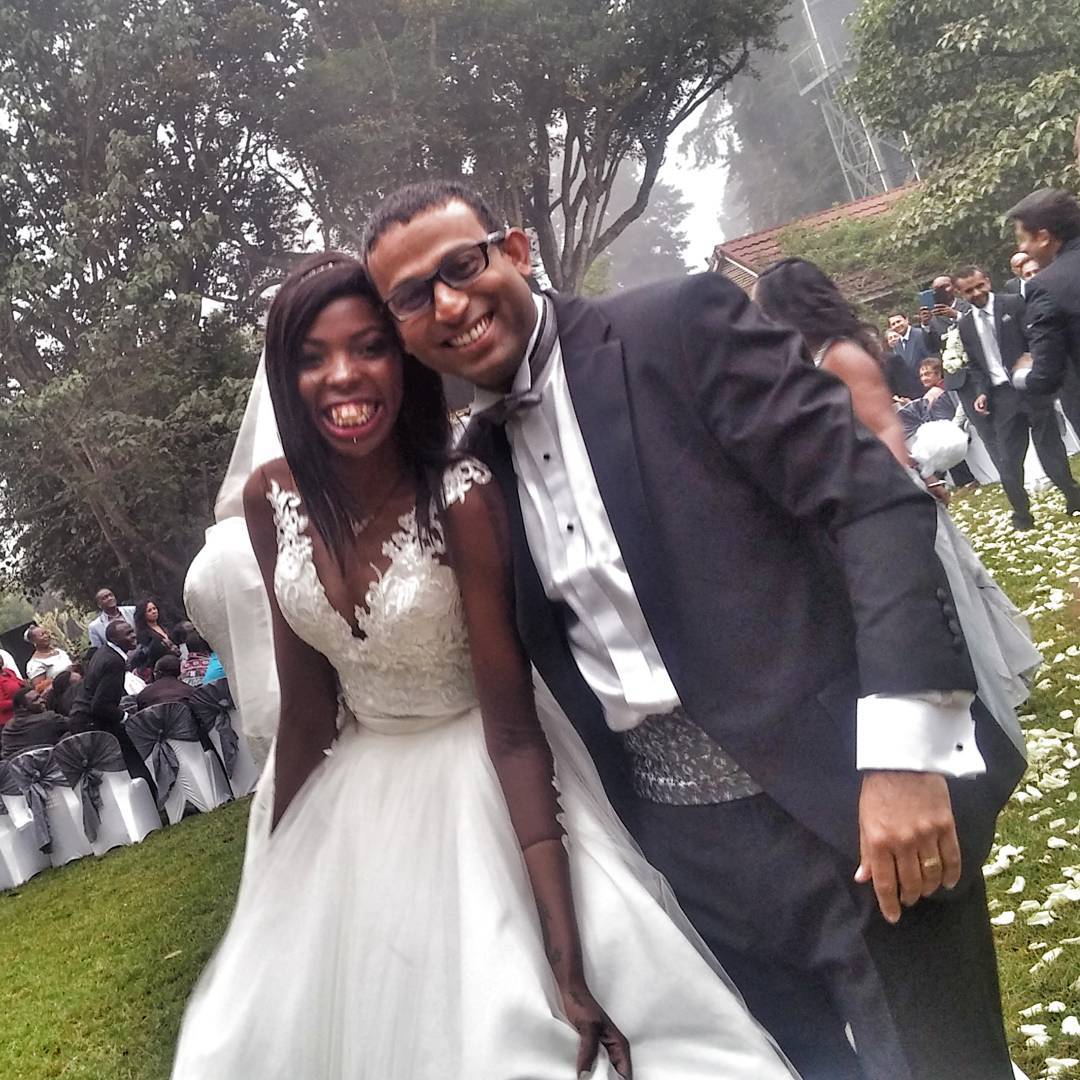 CAPTION: Adelle Onyango at her wedding to some dude.

After the over-reaction by feminists when I called Adelle Onyango ugly, I sought to study deeper on the rape-culture and why Kenyan women are always angry. Why are they always posting spiritual posts on social media? Why do they fall-back to religion after a certain age? And finally and most important, why must men bear the brunt of their baggage?

In my studies, I’ve learnt a lot and this article is a brief summary of today’s woman. Some are actual excerpts from victim testimonies.

No matter what happens. It is ALWAYS the MAN’S fault.

I totally disagree with this but it is the reality that men need to be aware of to guard themselves against the prevailing bullshit and guilt tripping that women and society foists upon them. The pragmatic but depressing choice is: Avoid unfortunate and unhappy people. (48 rules of power).

‘Could it be that, underneath the religious or moral justifications, men shun traumatized women because they know, instinctively, that those women will never be “right” as relationship material?’

“That is why men shy away from women who claim to have been raped. It’s impossible to distinguish rape from a really good excuse for cheating.”

Not just cheating but all-purpose slutting as well.

Someone once dated a very feminine 8 who brought up her claimed rape more often than you would think possible in conversations both casual and intimate, and the more he learned of it the more he realized that she had re-imagined her teenage sluttery with an older married man as “rape.” Because he “took advantage” of her in her “emotional state.” Needless to say she was on a downward slide on the depth chart (heh) after that, and was entirely ruled out for anything long-term.

Such women would do well to simply accept and learn from a poor choice, regret it internally until it subsides, and then never speak of it again, ESPECIALLY to prospective future mates. Discretion takes many forms. Their grandmothers didn’t conduct such slut-as-victim charades. Granted, their grandmothers probably weren’t ever sluts. But you can be sure they knew when to shut the fuck up and “suffer” in silence if need be.

The traumas a woman has suffered will surface later in her marriage. She will likely hold her husband liable for what other men did to her before they met. It makes one wince to see the dutiful husbands of professional rape victims making the rounds on their book tour.

Modern women have no fucking idea what it was like to live in pre-modern times, and are thus pitiful iteration of their far-stronger forebears who legitimately lived in fear of sexual enslavement at the hands of marauding outsiders.

Women with mental or physical abuse histories should never be dated as girlfriend. The shittiness will never stop.
You will never have a quiet minute and you have so much bullshit thrown at you. I can’t recommend it. And even if you are a guy with a good heart, they hate you for giving them love and affection. Because they feel unworthy.

You can be friends. But don’t date them. When they get pregnant, you have the hell on earth.

“Why is it not uncommon for traumatized women to push away their supportive lovers?”

Women need to retaliate against those who hurt them. Unfortunately, the object of these attacks tends to be the men in their lives, for these women know they can lash out and not (in most cases) be counterattacked. It’s all about them, all the time, and no male help is going to be welcomed easily.

Traumatized women have a paradigm shift in reality and fantasy. Chaos and instability are what makes them tick, anything normal makes them go bonkers. It’s a tragedy that these human beings live a life of crazy. Nothing can change them, only ageing process will mellow them.

Sexual abuse whether it’s in the form of rape by a stranger or sexual molestation by a family member will destroy a woman’s capacity to form normal, healthy relationships with men.

Unfortunately, the women who have been severely traumatized are only the tip of the iceberg. Far more women, perhaps even a considerable majority, have at least been seriously damaged – and most of that damage was both self-inflicted and entirely unnecessary. Accidents happen, tragedy happens. But bad decisions on a mass scale are something else.

Which is why you’re best bet is to marry a women who isn’t very old. Preferably not over 27. Because their mistakes are within reasonable range. Michael Okwiri dodged a bullet when Debra Sanaipei cancelled their marriage.
Would you like to get published on this Popular Blog? You can now email Cyprian Nyakundi any breaking news, Exposes, story ideas, human interest articles or interesting videos on: [email protected] Videos and pictures can be sent to +254 710 280 973 on WhatsApp, Signal and Telegram.