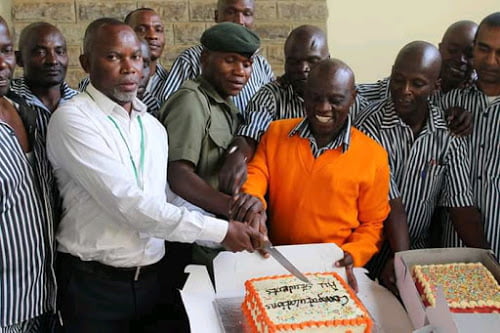 The story of Wilson Kinywa is a rare one. Sentenced to hang just immediately after completing his secondary school education, he fought all odds and 21 years later, he left prison as a lawyer.

While speaking to a local Kenyan daily, a teary-eyed Kinywa said that the 13th of February 2019 — the day he was released from the Kamiti Maximum Prison — was his new birthday, and that the day he was born no longer had any meaning in his life.

One one cold morning in 1998, just weeks after Kinywa had cleared highschool and came to the city, he was caught in the middle of a robbery as police exchanged gunfire with armed thugs who later escaped.

The police had no option but to arrest Kinywa and charged him with the capital offence of robbery with violence. He was convicted and started his prison life on December 17, 1998.

Without any legal representation and a poor background, it was extremely difficult for Kinywa to convince the judge otherwise.

Kinywa says that his life at Kamiti had nothing to smile about.

“Kamiti or any prison in this country is a condemnation camp. You get dehumanized and the worst in you is invoked. The punishment was not only physical but emotional and psychological”.

“Many times we were stripped naked; the site of nude men, young and old was just traumatizing. My cubicle was adjacent ti the hangman’s nooses and it had an opening to see the nooses and occassionally hear the cries of those being executed. This was an unimaginable ordeal,” Kinywa told the local daily.

In 2009, Kinywa was among those whose death sentences were commuted to life imprisonment courtesy of the then President Mwai Kibaki.

Kinywa says that this gave him huge hope and he even enrolled for CPA where he studied up to section four.

In his time behind bars, he became one of the most courageous men in Kamiti, often standing up for his fellow prisoners and even spoke on their behalf whenever visitors came around. 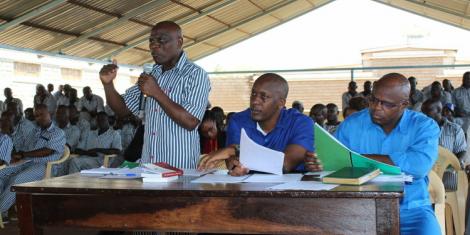 One of those visitors was British judge Alexander McClay who was impressed by Kinyua during one of his visits at the correctional facility.

“McClay decided to sponsor me to study diploma in Law in a distance learning arrangement with the University of London which I cleared in 2014. I am actually graduating this October.” says Kinyua.

With his newly acquired knowledge, Kinywa and a group of 11 other prisoners, lodged a petition to the High Court against the death sentence which was later declared unconstitutional in 2016.

“I was the one who prosecuted the petition, doing both oral and written submissions. I was heavily motivated by the fact that destroyed people have nothing else to lose.”

Kinywa, who was released from prison last month, says he is going to lead a movement that will revolutionize the Kenyan criminal justice system. 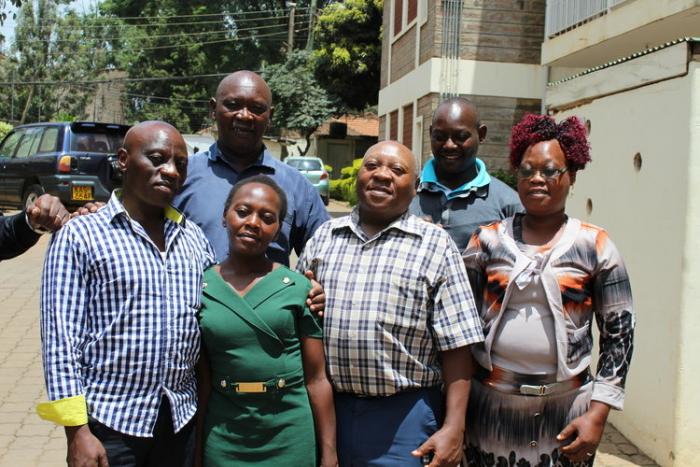 “What we have is not a correctional or a rehabilitative system. It is hardening criminals to be used to commit even worse crimes because the treatment there invokes the beast in you. Many innocent people are rotting in jail yet real criminals are roaming free.”