In the run up to the September 20 2010 by election for Makadara Parliamentary seat, a young man came out and announced his candidature for the seat. 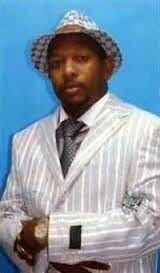 The little known political newcomer by name Mike Mbuvi first declared that he would contest on PNU ticket but doors were closed after the party gave the then immediate former MP Dick Wathika a direct ticket. His attempts to join ODM and face the former MP Reuben Ndolo in the party’s nominations also hit a snag as Ndolo was too given a direct ticket.

Mike’s interest in representing Makadara people did not end there. He quickly sought the Narc-Kenya ticket which was an affiliate of PNU and was nominated to fly the Narc-kenya ticket.

On the day of the by-elections, eyes were on Ndolo and Wathika while Mike was seen as a political greenhorn while others referred to him as a non-starter. Many were surprised when the the then IEBC through the electronic results transmission saw Mike take an early lead and when the finally tally was done, Mike had 19,913 votes, Ndolo (17,652) and Wathika (11,088).

Mike slowly became more popular, more influential and more active in his parliamentary duties and more so in serving the people of Makadara. He is a well-known philanthropist who has helped Nairobians irrespective of their religion, colour, tribe or political affiliation.

Today, Mike but well know as Sonko has moved from a political greenhorn to a political heavyweight and of course one of the most influential politicians in the Jubilee Coalition.

He can be best described as a leading, prominent, persuasive, significant, inspiring, influential, potential, aggressive, caring, accessible and down to earth politician who cannot be ignored in future politics not only of Nairobi County but nationally.

The story of Mike Mbuvi Sonko can best be summarized as per the scripts Mathew 21:42 “Jesus said to them, “Have you never read in the Scriptures: “‘The stone the builders rejected has become the cornerstone; the Lord has done this, and it is marvelous in our eyes’?