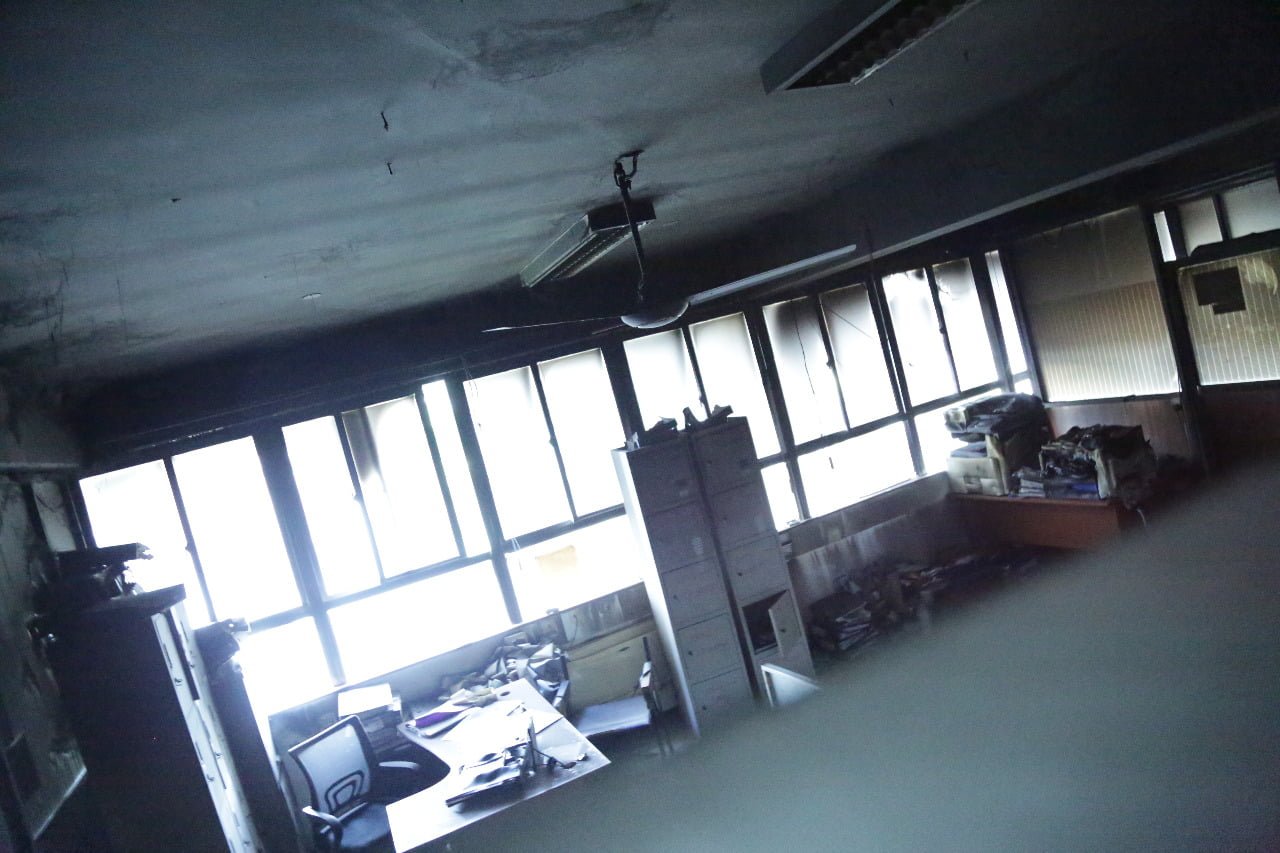 In the war on corruption, you’ve often heard it said that ‘Corruption fights back”.

Well, the Kisumu City County Government’s finance office was burnt last night by people who will never be caught because their highly placed sponsors were meant to destroy evidence of the ghost workers in that county.

A source told cnyakundi.com that, “Concerning that Kisumu County Finance office fire. The County Health Workers haven’t been paid their January salaries. A headcount was being conducted to weed out ghost workers. Your guess is as good as mine’, said the source.

It is said that all health workers were required to resubmit their identity and academic documents to allow the payroll to be processed afresh.

It is not clear if that exercise will continue now that files have been destroyed in the fire.

The firefighters at the scene managed to salvage some computers before they were destroyed.

Corruption in the health department

Sources intimate that the Kisumu health ministry is one of the most corrupt and full of nepotism.

“I have a relative who is a nurse at Jaramogi Oginga Odunga referral hospital. The hospital is being run down by the current Kisumu county administration led by the Governor. These guys are the same people firing people and employing their relatives to positions. So this headcount is just a smokescreen’, a source stated.

In the corruption fighting back in Kisumu county, it seems most other innocent people have been inconvenienced by the fire. It is reported that most amongst the razed down files were part of pending bills for contractors yet to be paid.

Many counties have had the same issue. Financial offices have been razed down to avoid audit queries in their inside dealings. The country has no auditor general and county finance offices are ablaze.

In July 22, 2019, valuable records and equipment worth millions of shillings were destroyed after a fire broke out at the Kitui County’s Finance department.

No one is ever arrested and prosecuted to the lawfull end and this now begs the question, “Why do these county fires only raze down the finance departments?”

In this article:Anyang Nyong'o, Kisumu County