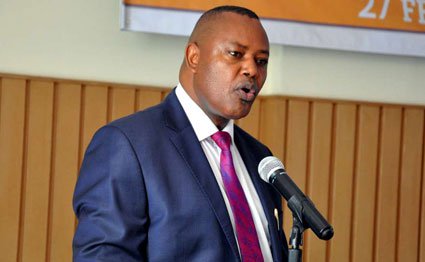 According to detectives, the search had taken a long time but they swore that they would nab him one day.

Many people had complained that their nudes had been shared illegally on the channel. The Kenyan media had started campaigning against the Team Mafisi channel back in 2016 demanding the arrest of the people behind the channel.

Telegram is a very secure messaging app and it is hard to know the person behind for instance a channel. It allows people to create unique usernames that people use instead of using their phone numbers. This is an optional feature though since one can decide to hide or show their number.

According to sources, detectives tried to contact Telegram for details on the user behind the Team Mafisi Channel as at last year but Telegram refused to disclose. As opposed to maybe Whatsapp, Telegram never shares details that easily.

Detectives plotted their next move as desperation to nab Captain Frisk grew especially from exposed persons, CA and even media that criticized the officials of doing nothing.

Detectives decided to pose as clients that wanted someone exposed.

They offered good money for the Job and that is when Captain Frisk agreed to meet them and that is how he was nabbed.

Maybe Captain Frisk forgot he was a wanted man…