The Nairobi Hospital has constantly maintained a negative image with trouble always erupting if it isn’t patients complaints about medical negligence, it is the Board clashing over fraudulent tenders with the facility’s management.

When the Nairobi Hospital fired CEO Dr Allan Pamba just after 6 months into his contract, the Hospital’s Board stated that it had decided to terminate Dr Pambas contract after he failed to execute the mandatory performance improvement plan and probation extension letter!

courtesy image of Dr Allan Pamba, he was axed by Nairobi Hospital’s Board just after 6 months in Office

However, Nairobi Hospital’s board terminated then CEO  Dr Allan Pamba’s contract because of the fight over lucrative multi-billion tenders and the recent construction of Covid-19 centre.

It is reported that Dr Pamba’s troubles started when he axed the allegedly corrupt son of John Simba, former MD National Bank during Moi era and linked to Nairobi hospital from the facility’s Finance Director’s post.

In a flawed tender to erect a multi-billion COVID-19 centre that has now divided the board, Chair  Dr Irungu Ndirangu rewarded the tender to Quest Construction ltd- a firm associated with his brother.

Trouble erupted when Dr Ndiragu’s fronted Quest Construction ltd, which was tabbed against the wishes of the board that had favoured a Chinese firm, failed to pay contractors. 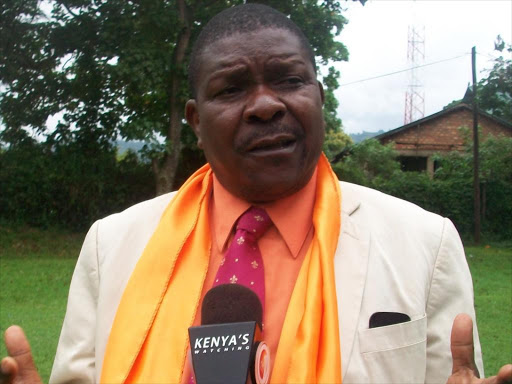 Another name featuring in contract deals is that of a board member Chris Bichage. Chris is a former Nyaribari Chache MP. Bichage, a Kisii like Simba-whose son was fired by the now axed CEO- was using the finance office for personal gains.

Allan Pamba was incompetent and full of interest he spent most of his time chasing Tenders rather than managing the Hospital.

He was greedy and wanted all the tenders given to his proxies , suppliers have been suffering under him.

About Covid Center, Allan Pamba and the Project Manager Brian Lishinga were supporting China Wu Yi where by they had been given something upfront. China Wu Yi were pushing them very hard after losing the Tender. Allan kept promising them that there are other tenders coming.

Brian is his hand right Man they have been eating together. They use a proxy to collect the kick backs.

Why Allan Pamba was Fired

The board said Dr Pamba’s action to request the board of directors to review his performance instead of the board chairman, implied a lack of interest to continue working for the top private health facility.

The board chairman Dr Irungu Ndirangu said they decided not to confirm him in a meeting held Friday, October 2nd.

“The Board of Management sitting on 2nd October 2020 resolved not to confirm you but terminate your contract following your failure to execute the probation extension and pay you two (2) weeks in lieu of notice. You will be required to hand over all Hospital’s properties in your custody and clear with the Human Resources Department as per the set down clearance procedures. Your last day of working will be 3 rd October 2020” Ndirangu said.

Prior to his appointment, Dr Pamba was vice president of global health at GlaxoSmithKline (GSK)- a British multinational pharmaceutical company headquartered in Brentford, London.

Dr Pamba who was serving on a probationary period was named CEO in March, taking over from Dr Christopher Abeid who served as the acting CEO following the ouster of former CEO Gordon Odundo who was fired in April last year.

Even the Hospital staff are very happy that he was not confirmed.

He was trying to control the procurement and finance department.

He was removing people and replacing them with his people.