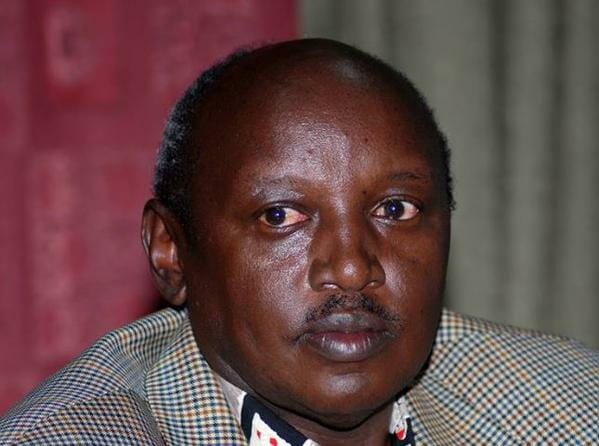 Kuresoi MP Zakayo Cheruiyot who was elected through United Republican Party of which he is said to have been one of the key founders together with the William Ruto and Isaac Ruto.
ZK as he is popularly known is a man of means and a strategist. He has of late been in the news as among those opposed to the DP Ruto leading to his rivals befriending Ruto for political gains. Those well versed with the happenings in Kipsigis politics say as a shrewd operative with a network he established while in the provincial administration, unseating him will not be easy task come 2017.
Who is Zachayo Cheruiyot, one may ask? He is serving his second term after he trounced his competitors namely Manifesto Sang and Joseph Tanui. He served the then larger Kuresoi constituency from 2007 to 2013 before it was divided to create Kuresoi North and South.
The controversial MP who only obeys his mind is perhaps the only MP who served in Daniel Moi’s provincial administration where he went through a series of instant promotions from district officer through to deputy provincial commissioner and later permanent secretary for Internal Security.
He is also perceived as the only mature politician depend on for advice and guidance by the larger Kelenjin community.
“Besides his knowledge and widerange of experience, he has Godgiven wisdom and that is why the Kalenjin community has been seeking his word before any serious step is taken, “a South Rift MP who sought anonymity said.
To many across the Rift, he is the father of various development projects who is remembered for his generosity and for touching individual lives as well as community projects even when he was in the provincial administration.
“Despite his poor relationship with William Ruto over the issues he has mentioned several times that DP neglected soon after 2013 polls, Cheruiyot still enjoys massive support from his constituents who praise him as goodhearted and a humane leader,” Bernard Kikwai, a Kuresoi resident told this paper.
He added that the MP has mentored several people in all walks of life to work hard, smart and adopt honest values. “Cheruiyot has support from people he has modelled in all walks of life and this was evidenced in previous elections when people came publicly to testify on what they have benefitted from him”.
Apparently, Cheruiyot has a cold relationship with the deputy president and as a result, he has been seen in the recent past as allied to Bomet governor Ruto and Gideon Moi who disagree with the DP’s brand of leadership.
This has given opportunity to his rivals Liza Chelule and Nakuru deputy governor Joseph Tanui to take advantage and seek endorsement by the DP Ruto to challenge the lawmaker in the forthcoming general elections but Cheruiyot is said to still have support from residents who believe that DP Ruto has sidelined them in development especially the Molo-Kiptagich tarmac road which they say is shoddy and Olenguruone Stadium construction which has stalled for the past two years.
A confidante of Guv Ruto said Cheruiyot was one of the leading financiers the United Republican Party which made Ruto second in command but in return the deputy president closed them out of the party when he rose to the throne failing to heed to his requests for the South Rift region especially in appointment of parastatal heads and cabinet secretaries.
His support to Bomet governor and Gideon has troubled the DP and made the DP restless fearing for the unknown because he knows him to be intelligent and can wisely strategise his fall if he persists and that is why it is said the DP is planning to have a roundtable dialogue with Rift rebels including himself.
Cheruiyot, aged 61, hold Bachelors of Political Science degree from University of Nairobi and served in various ministries during Moi’s regime which include district officer in Molo, district commissioner, Rift Valley deputy provincial commissioner and permanent secretary in the ministry of State for Provincial Administration and Internal Security.
He was born in Kapsegut in Bureti subcounty of Kericho county.
The education-loving MP is credited for the initiation of several schools in Bureti and Kuresoi before he joined politics which include Moi Amalo, Kiptaragon, Silibwet, Siwot Girls, Emitik Girls, Sinendet, Ambusket, Kapkoi, Arorwet, Ainamoi, Kiptagich, Olenguruone Township Secondary schools among others in the region.
“We really want to appreciate him for being goodhearted man, and before he came, the whole of Kuresoi lay without any leader to open up the region’s development.” Jane Keringet, a resident said.