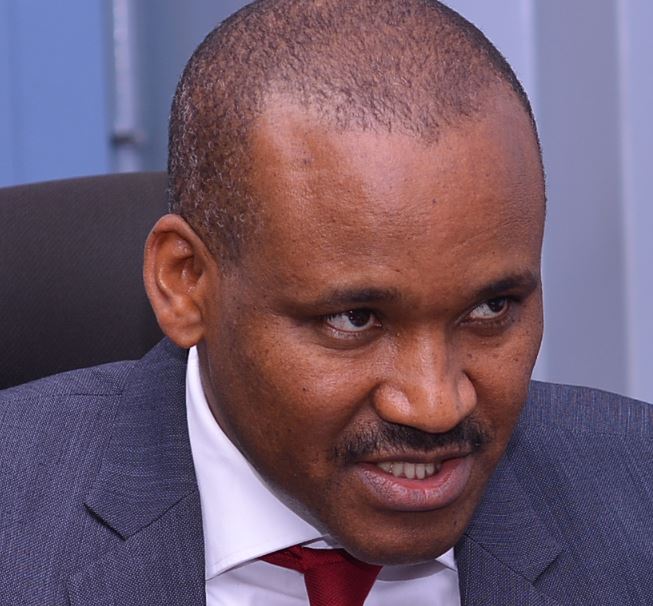 What started as warning signs back in 2014 by bloggers was ignored by many and now coming to reality. It is now clear that investors who bought HFC rights issue are over 80% worse off based on the current market price prior to Covid 19. This is sadly at the full knowledge of regulators such as CBK and CMA. The fraud by Senior Staff and Board directors of this company is public knowledge. CMA actually sent Investigators at HFC but the report has never been shared. One wonders what the Investigators led by a Mr Rueben Gitau did for the 10 months. Mr Rueben actually used to go around talking at Parklands Sports club of how he has unveiled massive fraud at HFC only for him to go quiet and CMA. Your guess is as good as mine if money changed hands. Today I’ll bring some of the issues that have been in public domain for a while.

HFDI is a subsidiary of HF Group. This was formed after Kenya Building Society collapsed. Recall KBS was brought down by mismanagement and fraud. The company embarked on developing Komarock Estate of which two phases where completed and titles handed over to buyers. The greed started here and with no proper procurement of professionals thus things went south. How one started a development without change of user for subsequent phases baffles many. The Contractor who was more at the bank(Rehani house ) than the site did a house for the then managing Director for the group- Frank Ireri, For HFDI MD – James Karanja and HFC MD Sam Waweru. The contractor was given more contracts for other projects that later stalled. Projects such as Clay city were started without a clear feasibility study.

HFDI could not pay the contractor thus all certificates were discounted as loans to CM. construction by HFC. HFDI was to get a facility from Britam which was never approved as there was no clear source of funds and after all the project sale was not forthcoming. This was in total disregard of prudential guidelines that HFDI was not allowed to guarantee a facility from sister Company (HFC). The facility was actually approved by Directors of HFC who was sitting on the same Board for HFDI. Amazing that a loan approver such as Sam Waweru could sign on the Loan approval and also The Board resolution for the borrower-HFDI. Note that as per CBK regulations this facility was to be paid by receivables from HFDI thus it was insider and was to be fully secured.

Mr Manji of CM construction upon completion realized he had been duped to a borrowing that is not for his. He thus refused to hand over the project and thus HFDI and no option but to take over the already non-performing loan. This loan was thus taken over by HFDI but in HFC books as unsecured facility and no charge has ever been created. This contravenes CBK prudential guidelines. 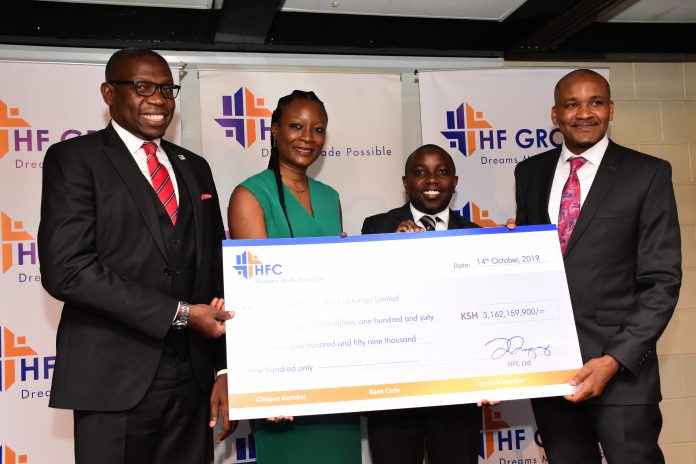 In Dec 2019,it became apparent that HFDI was Insolvent thus a decision was made for HFC(The bank to take over HFDI).This thus implies HFC was to pay-off the Loan in its book in return. CBK never gave the approval. The Loan standing at 1.3b was removed from HFC financials prior to publication of the Dec 2019 Financials. Someone at CBK noted this and insisted that loan must reflect in the books. Shocking enough the published accounts for March 2020 still do not reflect this thus a question of if someone is sleeping on the job at CBK.

Another shocking revelation is how HFDI went into a joint venture for a project in Juja . The land has had many court battles since independence having belonged to one land buying company. The last owner of the Land is a Director of HF group -Mr Peter Munga . HFDI took a facility from HFC to buy shares in the joint Venture and Money was paid to Mr Munga Directly. This Loan of Kes 80m was not approved by the Board as required but signed by Sam Waweru in total disregard of CBK guidelines. When the Joint Venture was formed by the name Theta Groove, HFC declined a facility to service the plots for sale. As it stands the title of this property is yet to be transferred to HFDI. The current Group MD was recruited to protect the Interest of those who were masters of this fraud including Mr Munga.

It should be noted that all the projects by HFDI have been loss-making. What is even sad is that the top mangers who execute the schemes such as James Karanja were forced to resign and actually paid severance package upon exit at the expense of Wanjiku’s shares.

This is a subsidiary which is involved in banking as per banking Act. A lot has been said on the malpractices on this entity. To begin with is the above lending in disregard to CBK regulations to sister company.

Exit Frank Ireri and enters Robert Kibara . One wonders if someone who was handling retail lending was qualified to handle the group. He only came in the protect the interest of Muranga -Ruathia boys a fact He brags in clubs. The so-called group MD has never had a strategy that has worked. All that is seen in social Media is his many trips to the USA in the name of looking for Diaspora clients. What is more shocking is his conduct as all that seen are photographs of him serving drinks on flights and different places in the USA than actual business. To protect himself he landed at HFC with a team from HFC, none that has ever sat in Executive Committee and other from his former engagements. One wonders how one Tonny Agira was employed to head Strategy from being a Junior Manager in charge of product performance at NIC.HFC thus has a GM strategy who reports to the Group MD and a head of Strategy -Anne Murugu who reports to the GM but senior in terms of Job Grade. One Patrick Njunge who was a junior Manager in charge of Digital products at NIC was recruited as Director of Retail. He has never had any business knowledge and Junior officers at HFC understand more than him. How is he expected to deliver a turnaround Strategy? A bleeding organization has Regina Anyika as MD HFC and a group MD.HFC which is soon taking over HFDI is the largest entity in the group thus one wonders of a group MD is required.

Another fraud is a loan take-over done from Co-op bank. Title was transferred to intended client who had stopped the process. Due to the undertaking to Co-op bank, HFC had to pay kes 20m.The house had been transferred and charged to HFC yet the buyer/borrower had declined the facility. HFC did not open a loan but paid Co-op Bank. Who is enjoying the house and on whose balance sheet this is remain a misty?

In 2017 HFC launched a mobile banking platform on full approval of the board. This was to be the new cash cow. The procurement process as not transparent. The business went live and lots of media adverts done. In 2019, Robert Kibaara stopped the business and frustrated the then head of Digital Finance Head to replace her with Rose Muturi. She stopped the use of a scoring engine to an excel limit allocation which lead to spike in defaults. The developer of the system had full control of the system and was allocating loans to himself and cronies. This was raised by HFC monitoring team but Rose did not listen. HFC thus continues to write-off digital loans that have been awarded in a fraudulent manner. Why system auditors and CBK allow this remains unclear. Rose employed over 80 debt collectors fired them in 3 months and outsourced the debt collection service to a company she owns based in Ruiru.

Tonny Agira in full knowledge of the executive Committee and in disregard to advice from legal department implemented penalty interest of 26% on Clients. Thus, if you check HFC financials the loan book has ben reducing however Interest income has increased. Whether this shall be collected from clients is doubtful as most are already in court.

The Provisions stated on Financials are clearly under stated based on projected cashflows as per IFRS 9. Auctions have not been successful over the last 3 years thus one wonder why the thought that they will be achieved. This is full knowledge of external auditors. HFC has now gone ahead and bids for the houses at auction. Note that this is happening despite the breach in capital to weighted assets ratio as set by CBK. What is soon becoming another scandal is that houses purchased by HFC are not transferred to HFC thus not on the balance sheet. Your guess is as good as mine what will happen to them in future.

Robert Kibaara himself is on a house purchase spree at auction. An example is how he recently stopped a purchase that was ongoing of a property on private treaty by a company related to him -Njogu in and forced the property to go to auction. This was later bid by his brother’s company -Karimara Holdings and went ahead and got a loan from HFC to complete the purchase. At a private treaty, the seller who is a HFC client would have gotten more than what was bid at auction thus some write-off of the loan shall be done.

As per financials published on 28.05.2020 HFC is in breach of most statutory ratios. In 2019 A family was awarded kes 1.2b by court of appeal. HFC moved to supreme court. This however has no provisions as required. Should it crystalize, it shall be the end of HFC. Note HFC recently lost an appeal and ordered to pay kes 52.7m compensation to a client for wrongfully auction

It is thus just a matter of time before this giant is brought down in clear watch of regulators. what is sad is that just Like Frank Ireri, Sam Waweru and other fraudsters, the current management will continue the loot and walk away at the expense of Wanjiku. We need CBK and CMA to wake up.