Hi Cyprian,
As per our discussion, I told you about a very big scam that has been going on in Kenya since 2015. There is a shady entity that calls itself Bitclub Network that claims to be offering cloud mining services but it is actually a scam and many Unsuspecting Kenyans, me included, unfortunately fell for it. I joined in November 18th last year and after one month realized it was a scam. I’m writing to you to help me stop it from stealing more money from unsuspecting Kenyans. Below is an attachment of my article. It’s very detailed and should you need further clarification, we can even meet and I can explain to you how it works. I have provided all the hard proof that demonstrates that it is a scam. Attached herewith is the article.
Regards,
Githiomi. 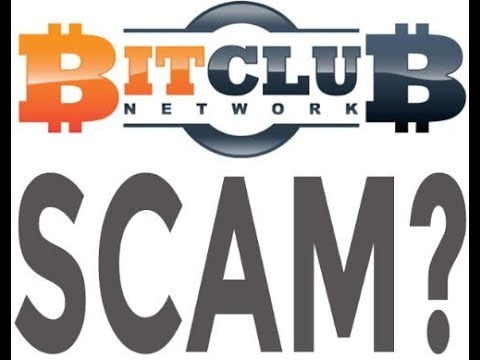 Ladies and Gentlemen, the following message is meant for both Bitclub Network members and the “would be” Bitclub Network victims. Just to make an introduction, there is an entity that was introduced into Kenya in 2015 called Bitclub Network that purports to be mining bitcoin and currently has a membership nearing 3000 or more in Kenya and close to a million worldwide. It applies an MLM model and promises passive income even without referring anyone into the business. This is meant to be achieved by earning daily mining earnings that are meant to be a return to your investment. One invests about Ksh.70,000/= per share. The share is expected to mine for 1000 days, after which it becomes obsolete. This purchase of a share yields daily earnings paid in bitcoin. However, as at the present, the mining earnings are approximately Ksh 80/=. Therefore, if you divide 70,000/= by 80/=, it will take you 875 days to recoup your money. This is equivalent to 2 years, 5 months. Is that a worthwhile investment? Definitely not! Therefore, the only way one can actually earn is by referrals, which puts Bitclub Network in the category of scams.

The question we ask ourselves is: how is it possible that with such meagre earnings, so many people have fallen for it? The answer is very simple. The members apply deception to rope you in. These earnings are low because they actually decrease every single day from the day you invest. So how do the Bitclub members deceive you? By showing you their historical earnings and earnings from other shares that have been repurchased over a period of time. They will show you a figure that reads “last 30 day earnings” and then calculate an average that may indicate a figure as high as $3 per day. What they don’t show you are the present daily earnings. Remember, the daily earnings fall every day and to make matters worse, you start earning after 30 days. By then the earnings are significantly lower and woe unto you if the bitcoin price has come down. The moment this happens, your next instinct is to call your upline who introduced you into the business. Here, two things will happen: either they will pick your call and tell you that they never promised a fixed income and that if you are not happy, you can contact the “company” Bitclub Network, with no known headquarters to ask for “your machines” back (machines that don’t exist at the price of your investment) or they will completely ignore your calls and your texts because they are already working on their next victim. There are Whatsapp and Telegram groups for the members in which dissent is not tolerated. Any questions raised about dissatisfaction with the level of earnings is met with stiff resistance by the top earners. They are ordered to shut up on the side. If one persists, they are removed from the group, which is what I went through. They have even went to the extent of threatening anyone who is found to be engaging in similar activities with another entity shall have their accounts closed and that they will lose their investments. Their mode of operation is that once you invest in them, they own you.

This art of deception and intimidation of members has been perfected by two of the top Bitclub Network earners: Mr.Raymond Kaptich and Miss Aerlene Mugambi. These are the high priests of the Bitclub scam in Kenya. These two characters have put Bitclub Members under a vice-like grip and have become the law unto themselves and whatever they say is the gospel truth for the poor members who are terrified to say anything that they don’t approve of. I am still a member and was thrown out last year in December because of asking too many questions. I was thrown out because I was providing too much proof to actually confirm that we are indeed, unknowingly, in a scam. Bitclub Network has been feeding us with a lot of false promises regarding improvement in earnings and this was what provoked these questions that were quickly quashed. Any entity having something to hide from their members and constantly providing false promises is definitely a scam as I shall demonstrate later in this article.

I want to divide this article into two parts. The first part will be exclusively for my fellow Bitclub Network members and it illustrates how we are being taken for a ride. This is the information I tried to post in your groups but was brought down in less than 15 minutes. This part comprises the news updates that only the Bitclub Members are familiar with. The second part is proof of Bitclub as a scam and this is for both Bitclub Members to know that unfortunately, we were scammed and also to educate those who don’t know Bitclub Network or know but haven’t joined so that they can make an informed decision. It will further give us both tips on how to judge if an MLM is legit or not.

To the Bitclub members, below is a step by step analysis of the News Updates that we have been seeing posted in our websites. News that was meant to assure us that a lot was being done to address our falling earnings but unfortunately, it is just a chronology of very blatant lies that gives a clear indication that the person who wrote these articles either has a multiple personality disorder or is just intellectually challenged. Here we go:

Before I sat down to write this, I had done an extensive analysis of what is happening with BCN, especially the deceptive updates, behavior of our leaders and overall the mood of BCN members. If anyone needs further clarification, feel free to call me on 0722818883. We cannot continue letting some few rotten eggs tell us what to do and what not to do because they think they have some sort of power that only God knows where they got it from!

After careful research and watching BCN behavior, and by extension, the behavior of our “leaders,” I can now authoritatively and without hesitation, declare BCN very clever scam and I shall demonstrate this as follows (actually these are the telltale signs of a scam and BCN fits in very well):

The question now begs: How did Russ fool the world into his scheme? First, he picked the name Bitclub Network & made us believe that it is a real company but the clincher is when he uses the narrative that they are registered on the block chain platform. Therefore he goes ahead and tells us that any name not appearing on the block chain pie chart is not legit. He capitalized on our ignorance and that is why we believed him. Just to give an example and prove that these were all lies, Genesis Mining is a legit mining company but it does not appear on the pie chart. The reason you don’t see Genesis Mining on the pie chart is because they are miners and not a mining pool. They mine in those pools appearing in the pie chart. This is what we didn’t know.

By the way, if you really want to know where BCN is ranked in the world of cloud mining companies, just follow this link: https://netbusinessrating.com/en/categories_list . Under crypto currencies, click on cloud mining websites. There you will find some sites and in total, they have ranked 56 websites. The number one is Genesis Mining with the status “legit”. You will see others with the status “New”, “Promising”, “Scam” and “Doubtful”. You will find BCN on page 6 at no.51 and it is considered as “Doubtful”. This is very worrying considering that BCN has been in existence for almost 5 years now. Given this ranking, would anyone in their right mind invest in BCN? NO!

In conclusion, ladies and gentlemen, for those of us who are members, now we know what we got ourselves into and my advice to my fellow members is don’t recruit other people so that you can make money. This is a sure way of destroying your friendships and reputations. For those who are lucky not to have joined, if anyone approaches you with an idea of investing in Bitclub Network, please run for the hills!