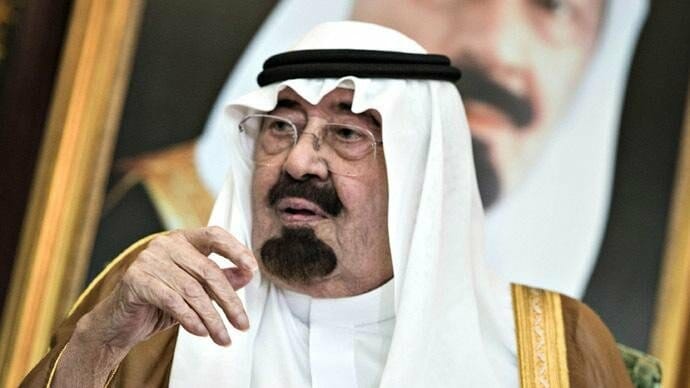 Wahhabist Saudi King Abdullah bin Abdulaziz is dead and everyone in the West, except Barack Obama, bemoans the fact that he died peacefully under an anaesthetic rather than having his head brutally hacked off in a public square.

On our holidays we watch sport, and so do the Saudis in Deera Square, Ryhadh (or Chop Chop Square as it more affectionately known). Saudi crowds gather each week to ghoulishly witness beheadings and other gruesome penalties for non-violent offences, including drug crimes, adultery and practices it deems to be witchcraft.

This Saudi national sport averages 90 beheadings a year, mostly of foreign nationals, and runs second only to China in sheer numbers of executions.

The crowds are warmed up with beatings and severing of hands and limbs prior to the main decapitation events.

A lawyer for many due for Chop Chop Square, Waleed Abu Alkhair, currently in jail facing insubordination charges, told the BBC that one of his client’s charges concerned statements posted online calling for a relaxation of Saudi Arabia’s strict interpretation of Shariah Law.

Foreign correspondent for “The Age” Paul McGeough, wrote yesterday, “When ISIS throws accused homosexuals to their death from the top of a tall building, it tweets pictures and uploads video to social media. But not those Saudi killjoys – when a policeman last week videoed the mediaeval beheading of a female migrant worker in the holy city of Mecca and exercised his freedom of expression by uploading the clip on YouTube, he was arrested and has apparently disappeared into the maw of the Saudi security system, reportedly to face unspecified charges in two courts – one military, the other religious.

“ISIS would have given him a medal. The Burmese woman, named as Laila bint Abdul Muttalib Basim in one report, was dragged through the streets and held down by four policemen, while it took three blows from the executioner’s sword to sever her head – and as he hacked away, she used her last breath to scream: “I didn’t kill. I didn’t kill.”

“How strange it is then, that we’re at war with the ISIS, but the Saudis are our allies. We don’t hear Barack Obama or John Kerry threatening to bomb the Saudis or even rebuking them. That’s left to an eminently forgettable spokesperson at the State Department who utters a few words of criticism – you know the drill, always enough to say the US has been critical; but never enough for the Saudis to be seriously offended.

“And where is the crusading Tony Abbott when he’s needed? There’s a man who will go halfway around the world to bray at ISIS as a death cult, as he did in Baghdad recently. But just a stone’s throw to the south of the Iraqi capital is Riyadh – Beheading Central – and Abbott has nothing to say about the royals whose robes never get bloodied despite all the killing, because they’ve contracted all that nasty stuff out to the Wahhabi clerics – of whom they live in fear.”

Good to see The Age getting on board. But there’s much more to the Saudi scum disclosed in earlier articles here.

Only two questions remain: Why the hell are we competing with this decadent Saudi State in the Asian Cup and will Obama turn up to the funeral tomorrow?