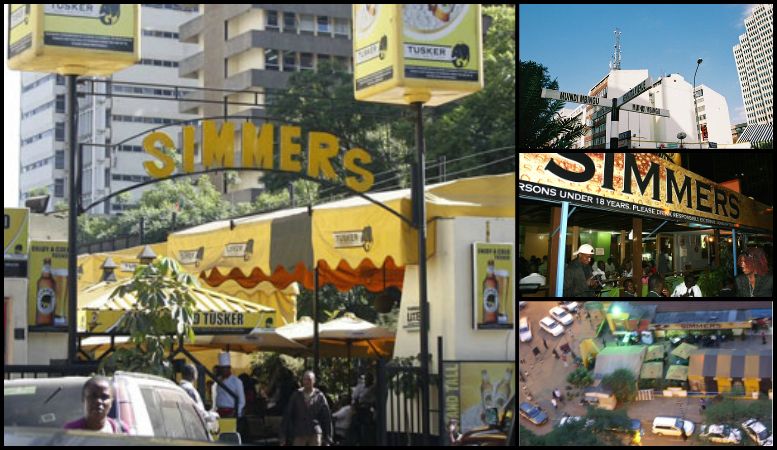 While William Ruto is a soft-target in the demolition of Simmers, I don’t want to believe that story. My bet is that the place will soon be turned into some Somali building with a host of Somali businesses.

It all started with Alcoblow. Somali businessmen bribed the NTSA to strategically mount Alcoblow check-points around the CBD, tentatively blocking entry into the city. This resulted in the death of the night-life, while turning Nairobi into some dead-town like Mogadishu.

But how much will Kenya continue bending over backwards to accommodate fuckin Somali’s coming under the guise of ‘investors’?

Lawyer Nelson Havi cast doubt on the ruling allowing the demolition of Simmers. My guess is the Somali’s poured money on the initial owner of the land, and bribed the judge for a favourable ruling.

Remember that incident when the then CEO of Shell/Vivo Kenya Polycarp Igathe being fired on by a politician who had refused to vacate a petrol station somewhere in Naivasha? Well reports were that some Somali guy had paid him off and was interested in that particular location.

Many new Shell Petrol stations are owned by Somali’s who bribed Igathe to get those locations.

In the same light, this Simmers has been brought down and it will soon turn into a Somali business.

My question is, what value do Somali’s give this economy, to warrant their growing influence? Do they produce anything? Are they manufacturers? How much did Miraa earn the country in foreign exchange? The truth is that they have so much money because they don’t pay taxes. They’re brilliant tax-evaders having mastered the trade routes. They’re also massive importers of contraband, cheap goods.

Our economy is being finished courtesy of these fuckin Somali’s. Simmers held a lot of precious memories for many Kenyans. Same as all the other joints closed down since Uhuru took office, NTSA implemented Alcoblow, and Somali’s begun buying the joints and converting them into coffee-shops.

Show me a factory/manufacturer of Somali origin, and I’ll show you a dinosaur. Shall we build a bright future for our children by elevating merchants? People who import and dump cheap stuff from China?

Kenyans, it’s time we crack down on Somali’s who are laundering proceeds of crime using our real-estate sector. We don’t owe Somali’s anything and if they’re such smart investors, they’d be building their shit-hole, war-torn country instead.

The few Somali’s who have gamed the Kenyan system for primitive acquisition should be warned that they’re ruining for the others. The Somali community should tell the few of them who are buying land and property, to stop it, because we will drive sentiment against them.