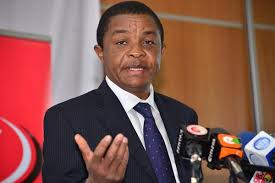 Kenya Revenue Authority human resources bosses were last week forced to cancel the aptitude tests which had been planned to elevate about 200 graduate officers from the rank of KR9 to that of senior supervisors in domestic tax and customs services departments.
A memo signed by Julius Musyoka says in part, “This is to clarify that the deferment of the interviews was to accommodate all the qualifying candidates that have met the set criteria for promotion to supervisor Grade.”
The cancellation was occasioned by the outcry from a section of the officers who were against the bribery with senior human resources officer Edith King’ori laughing all the way to the bank, sources said.
Meanwhile, a millionaire deputy commissioner who is known for transacting KRA business from hotel rooms and wants to be an MP, Benson Chachaa aka Shujaa is a marked man. According to inside sources, Chacha who is the deputy commissioner dealing with customs warehouse rent, exemptions and waivers, has been helping sugar barons and other massive tax evaders in denying the authority billions of shillings in duty each month by ordering the release of goods from the Port of Mombasa after pocketing huge bribes, sources allege.
At the Athi River Pepe Inland depot office, panic has hit top management as a power struggle unfolds among managers who are washing dirty linen in public exposing each other’s corrupt deals and massive wealth. Next week, who owns what where and how they got it.