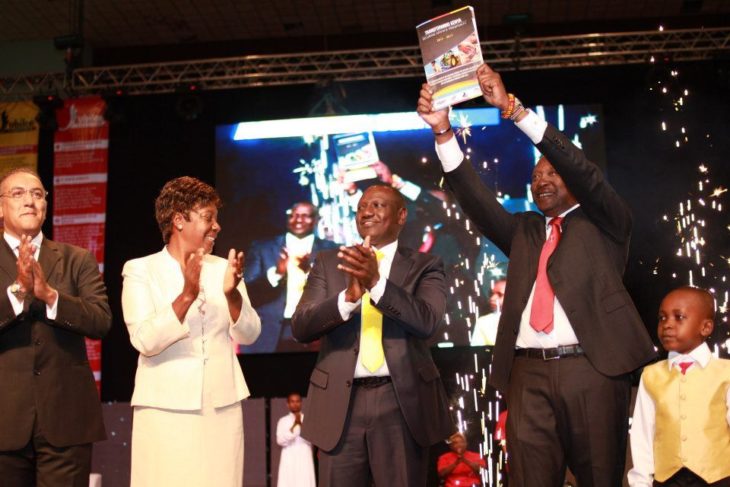 Perhaps the biggest sham of the century is the Jubilee Manifesto, launched with a lot of pomp and hype by Jubilee mandarins Uhuru and Ruto in 2013.

The document was laden with grand projects, which have precipitated the current borrowing spree by Jubilee, where Kshs. 843 Million is being accrued per day, by Henry Rotich’s Treasury. The most ridiculous nonsense we have seen in this lifetime.

But what many of you will be shocked to hear is that crafty businessman and St. Mary’s alumni Jimmy Wanjigi was the brainchild of the Jubilee Manifesto. St. Mary’s has been referenced on this website as the incubator or epicenter of mediocrity in the country, as the current crop of corrupt functionaries in the Jubilee establishment, hail from that bogus institution.

Unlike Kibaki Mangu/Makerere thinkers who literally put Kenya on the path to recovery after years of plunder by Kalenjin wankers under Moi, St. Mary’s alumni have literally taken this country on that slippery-slope that could see Kenya turn into one of those failed West African Francophone states. They intimidate Kenyans of low self-esteem with their fake British accent, but these are just a bunch of pieces of shit, who have cause Kenya untold misery and suffering.

Jimmy Wanjigi crafted the Jubilee Manifesto initially for the late Professor George Saitoti. After the death of the former mathematics lecturer, Jimmy quickly regrouped and approached his former schoolmate Uhuru, and “sold” him the idea.

Uhuru being the colorless and tactless candidate preoccupied with his ICC case, was already too willing to embrace Wanjigi, who purposely created these mega projects so as to benefit from them in the way of bagging the lucrative tenders.

Contrary to public opinion, Wanjigi’s initial target wasn’t the SGR tender, where many speculate that his beef with Uhuru emanated. Jimmy Wanjigi was eyeing the tender for a dual-carriage road from Mombasa to Malaba worth Kshs. 256 Billion. It is said that the project was inflated almost three times the actual amount.

You see, Jimmy is not exactly a rocket-scientist. It’s not like he has created an app or patented rights to the next cure for terminal illnesses. He’s not what you’d consider as Martin Shkreli, the young American who recently acquired rights to a HIV drug. Jimmy is merely someone who bribes Government officials to bag tenders under his briefcase companies, and then resells them to Chinese companies. 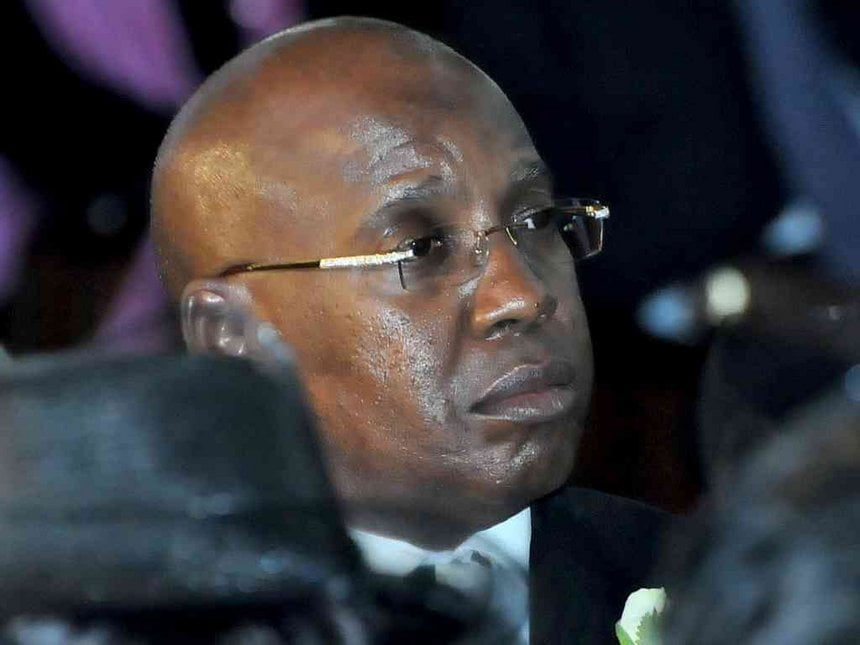 CAPTION: Jimmy Wanjigi framed as an “enigma” by Kenyan media, yet his only claim to fame is applying for tenders. We Kenyans are sick!

It even baffles us why media and hogwash-politicians regard him as some sort of enigma. Because of what, buying tenders? Kenyans really need to stop being carried away by cheap thrills.

So literally the Jubilee Manifesto was Jimmy Wanjigi’s blueprint and roadmap to loot state coffers.

But ofcourse Uhuru being who he is, reverted back to factory-settings upon assuming the presidency. He quickly realigned himself, beginning with first, allocating deals to his family members, then rewarding his sycophants, ex-school-mates, and the likes. Uhuru isn’t exactly sophisticated and his rewarding mechanism is pretty generic. Even a standard two student can easily debunk it.

It was this reset that irked the “genius” Jimmy Wanjigi, who is said to have gone full throttle, supporting opposition so as to repeat the same strategy, this time probably sealing loopholes which saw him lose out on the lucrative deals he had hedged on earlier.

Wanjigi is now actively laying groundwork for his next political moves, eyeing influential roles in the Presidential and Nairobi Gubernatorial campaigns. He is said to be funding Nairobi Senator Gideon “Mbuvi” Mike Sonko, because he knows that if the Kamba former Matatu tout wins the Jubilee nominations, he will be easily defeated by ODM Governor Evans Kidero.

Sonko is also said to be receiving funds from Uhuru’s private secretary Jomo Gecaga, but under duress because Sonko is blackmailing him. Apparently both Sonko and Jomo went galavanting on some trip somewhere and Sonko, in his typical characteristic moves, recording Jomo in a compromising situation. Jomo is now a hostage of Sonko, and has the unenviable task of helping him bag the Jubilee nomination, or his x-files being unleashed like those post-coitus photos of Shebesh. So literally, Jubilee is being blackmailed by Sonko to hand him the nominations. 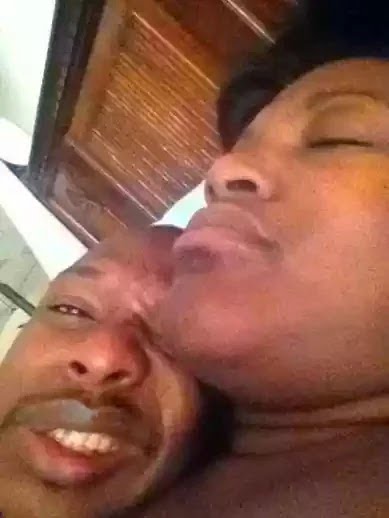 CAPTION: Jomo Gecaga has been blackmailed by Sonko to ensure he’s nominated by Jubilee, or else his nudes will be leaked by the Kamba Senator.

Moving on, images of dilapidated schools in Kilifi have been doing the rounds on social media. Socialite-Governor Amason Kingi will probably blame Uhuru. But the Jubilee Manifesto contained the most hilarious of pledges, a laptop for every standard one pupil in Kenya. Not only has that pledge not been met, but it just shows you the warped priorities by Jimmy Wanjigi, who was only looking for a mega tender to supply laptops, when money should be pumped into building facilities and modernising the curriculum.

News that Jimmy Wanjigi is actively participating in National and Nairobi Gubernatorial elections, isn’t exactly comforting. If he was really a genius as is claimed by a section of the media, he’d be in Ethiopia for instance, building the massive infrastructural projects like the Renaissance Dam. But there’s some nihilistic tendencies in that conflicted character.

He probably needs to see a shrink, because this obsession with depleting Kenyan coffers since the Kibaki-era is becoming strange. He needs to pick another struggle, and open up new fronts.

With the kind of money Jimmy Wanjigi has, he’d be funding startups and reselling them at a profit. After launching a successful streaming app Tidal, Jay Z is now starting a hedge-fund, yet this is someone who grew up in the ghetto, and didn’t have a privileged upbringing like Jimmy Wanjigi. Stealing tax money is so two thousand and late. The only difference between Jimmy Wanjigi and Josephine Kabura is his fake St. Mary’s British accent. 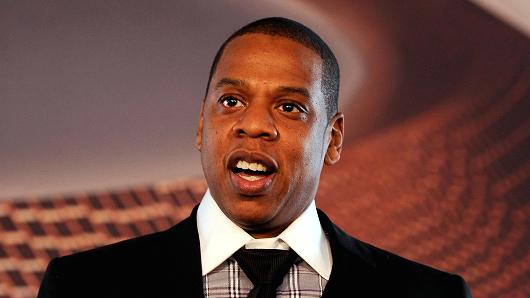 CAPTION: Jay Z is starting a venture capital fund while “geniuses” like Jimmy Wanjigi can only cook up fictitious mega projects as vehicles to siphon tax money.

Let’s stop glorifying tenderprenuers because these characters don’t create any wealth. Let’s promote those of us who think up solutions aimed at eradicating poverty, disease and increase knowledge.