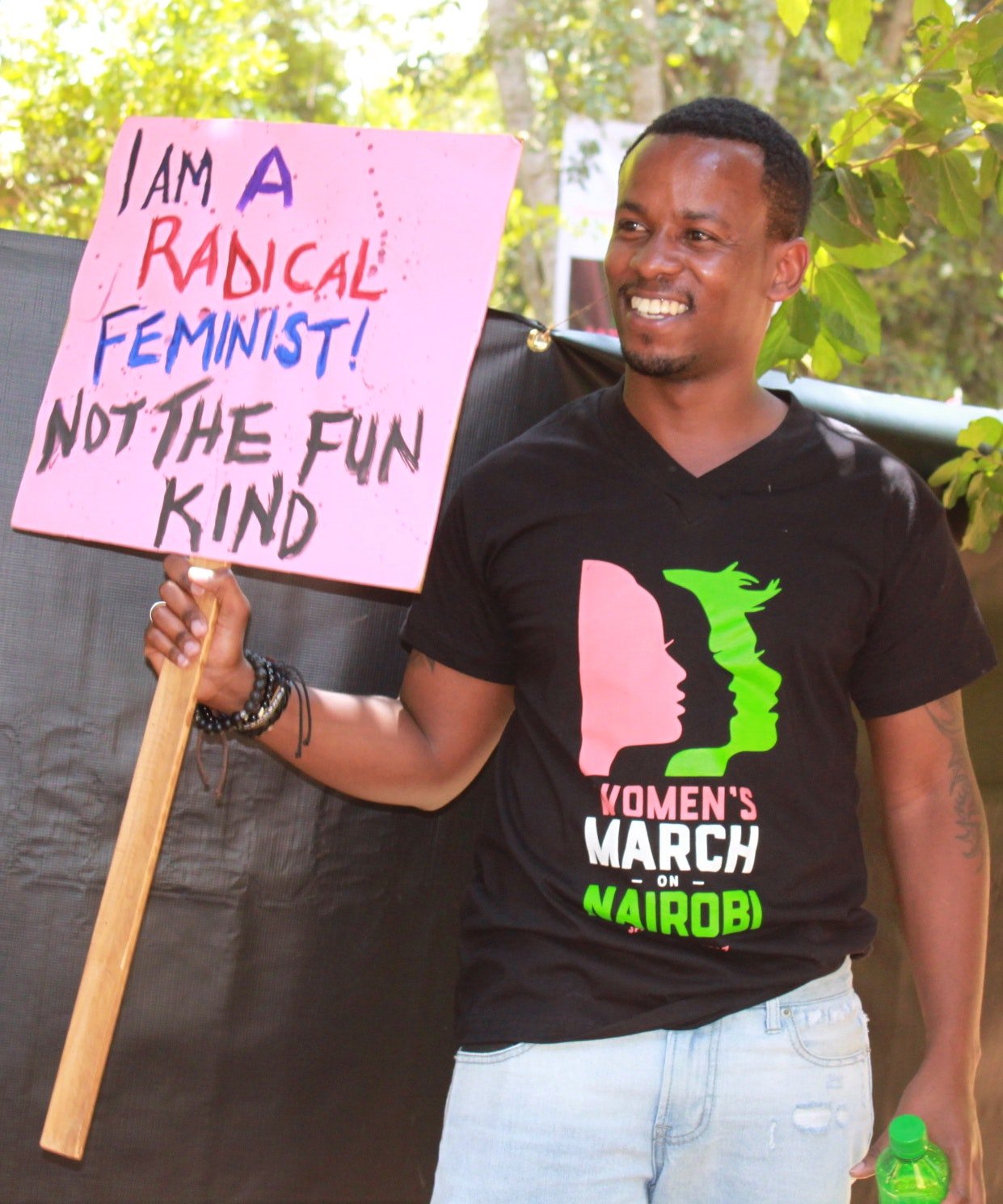 CAPTION: Morons like this bastard here, are proud to push the cause of feminism without knowing the far-reaching impact it has.

Kenyan women have developed mental rationalizations to justify their inherent desire to liaise and sleep with older men. While the ultimate motive for this is financial leverage, the widely-abused narrative is that there are basically no men worth their salt, to match-up their purported intellect, exposure, education and delusional “standards” which they superimpose in their warped imaginations.

It is hard for a woman not to succeed in Kenya, because the environment has been configured exactly for that purpose. There are more women in school today than men, more women graduating with degree’s, more women in the wage-economy by men, yet you still hear them whining how they’ve been “marginalised” by society. Infact we should start petitioning women to table their achievements since Kenya has embraced their misguided cause to the letter. Meanwhile even in countries where women rights are suppressed, we see women in those countries performing better than Kenyan women with all the freedoms and liberties.

What women want, due to genetic-laziness, is to be awarded the senior most positions by virtue of their gender, not necessarily any particular skill or ability. While pursuing greatness, they want to be allowed through societal-conditioning, the opportunity to explore their sexuality, and still be judged as positive contributors to society. Basically they want to have their Cake and eat it.

It can all be traced back to the early 2000’s, when shadowy females like Supreme Court Judge Njoki Ndung’u rose from obscurity to be nominated member of parliament due to that gender-quota. She was long associated with former Internal Security Minister Dr. Chris Murungaru, but that didn’t matter. On the mainstream side of life, she was elevated and recognised by society as an influencer. Embassies were falling over themselves to reward her efforts, while UN made her “Person Of The Year”. 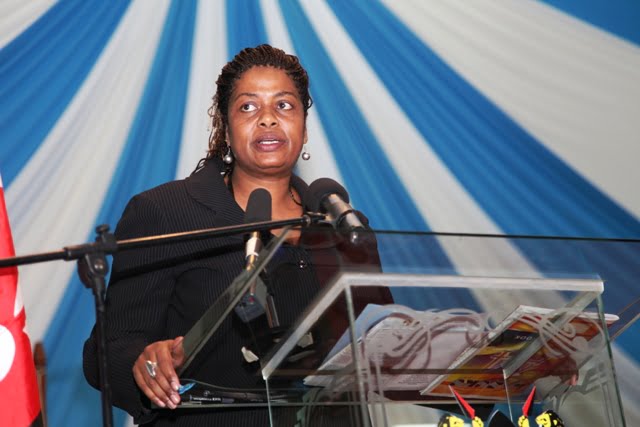 CAPTION: Supreme Court Judge Njoki Ndungu was one of the foremost proponents of toxic-feminism in the country. It’s amazing how she even “sneaked” into such a position which calls for utmost integrity.

What the UN office in Nairobi and other Embassies/High Commissions were doing was simply pandering to the feminist cause, something that had a negative effect on the Kenyan fabric.

Why was the UN recognising her efforts in drafting the sexual offenses bill? Of what benefit is it to reward someone for doing their job? So now that Uhuru made a shitty rail-project inflated almost three times over, should he be given the Nobel Peace Prize? For us to move forward, we must address the past mistakes committed subliminally by a misguided feminist cause, which has brought nothing but ruin to the country.

I say that because we have madam Esther Passaris hogging the limelight. When it comes to talking about “standards” and “don’t date broke men” or “my dress my choice”, she has been at the forefront putting down men and showing us that her pussy can’t be acquired for cheap. It was strategic, regurgitated messaging, meant to undermine men and put us down. With that accomplished, she was able to justify her philandering with a married older man without being judged harshly by society. It’s a simple trick.

The irony is that she is now desperate for the broke man’s vote today. What a travesty! And we have to be alive to machinations of such characters once they assume office. Feminists are enemies of development, societal framework and progress.

In her letter to young men of our generation, blogger Njoki Mburu, narcissistically wonders why this generation of men has become so preoccupied with FIFA and Call of Duty and GTA and all those other video games. At no point does she take the opportunity to admit that the cause of women empowerment and feminist, was a red-herring, and the main agenda was to Emasculate and ultimately take over success of men in form of jobs, political-appointments and the likes. And that the results are disastrous.

Njoki Mburu hasn’t expressed any form of regret at the failed social-experiment called feminism despite posturing as an “intellectual”. Because regret and women are two ancient worlds apart. The core of any woman is empty – it has to be so, to be able to absorb WHATEVER ensures her survival. Genuinely absorb. Man would fight for freedom, ideas, religion, morals. Woman would gladly abandon everything – if it benefits her well being and survival. Her nature is inherently solipsistic – she could be an innocent virgin in one moment and a dirty slut in another. She could be a loving mother and supporting wife and a year after, a cold bitch with traits even satan himself would be proud of having. And after all – she is still feeling that she is right. Women have developed rationalizations to justify every psychotic or misguided move they make. Which is why the most common “sincere apology” from women is “I’m sorry you feel that way” not “I’m sorry for what I did to you”.

Everyone should do this; ask the seemingly large cohort of single, childless, 30+ year old women in Nairobi like Kui Kamau, Emma Too or Debra Sanaipei if they have any ‘regrets’ for not dialing down their over inflated hypergamy and not settling one of the likely 4-6 suitors they could’ve had in their Prime years of fertility.

There must be a point in time when they realized that the 6’3″ (height), Kshs. 1 million/month salary investment banker just ain’t showing up at the door? Only people showing interest are old sponsors who promise to leave their wives for them, but only in their wildest dreams.

‘There aren’t any good men left’ will be their excuse. It’s never women’s fault. 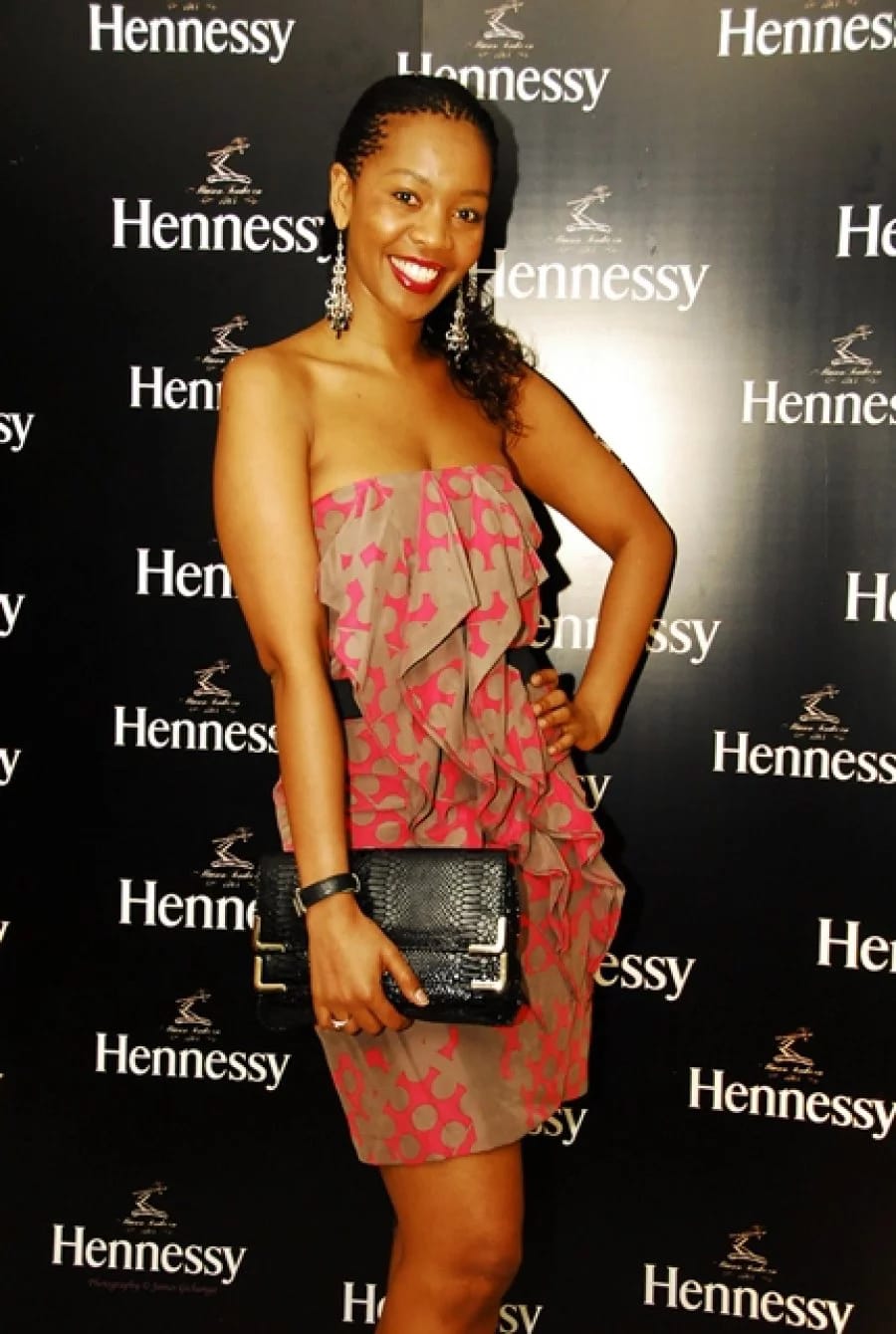 CAPTION: This 30+ old woman cannot give you any logical explanation why she is husbandless and childless at this age. Alcoholism and chain-smoking have perhaps rendered her reproductive system redundant.

Betty Kyalo is a perfect example. Go through her social-media pages and she waxes lyrical saying how she’s “blessed” beyond measure. How does a divorcee single mother, chasing sponsors for upkeep money to sustain her flashy lifestyle, become blessed? Are you fuckin kiddin me? That’s a clusterfuck for all intents and purposes. A train-wreck in motion. And let’s stop being bullied by bitter and sexually-frustrated feminists like Betty Waitherero from calling it out.

But even worse is the feminized male/man. These are your typical Larry Madowo-types, or former Chief Justice Willy Mutunga, who live for retweeting garbage generated by feminists. Sexually conflicted characters. When you get into debates and details about intergender issues, it’s always important to understand that the plugged-in people you’re trying to make a point with can’t see beyond a feminine defined reality. Anything counter to their investment in this reality is offensive to them; often so much so that they’ll dismiss empirical evidence, cogent relationships and valid arguments before they have a chance to plant a seed of doubt about how invested in it they truly are.

The modern workplace culture has conditioned men for fear of women thanks largely to strict codes of conduct, but also because these men have been raised from birth to be dutiful Wankers who look for every opportunity to correct a ‘typical man’ for his sexist and rude behaviors. The business environment is one defined by competition and this grates on women’s expectation of it to be cooperative and collective. Women expect recognition for merit, but wish for things to be easier rather than developing the skills to play the game better.

Women are taught that they deserve the luxury of interesting jobs. In fact this is the sole reason for even wanting to enter the workforce most times – a rewarding career that’s fulfilling, but as I wrote earlier, that fulfillment is always elusive. Therefore it must be that uncooperative men are holding women back from this happiness. We would love to see women’s organic business successes despite themselves, but our guess is that every failure or setback would have some tinge of external sexism attached to them. The truth is there are very few women who actually create something of worth because the easier path to success is to create a social convention that shames men for not including women in their own successes. It will always be easier for women to appropriate the success of men rather than create anything for themselves.

Ours is an overtly sexist society, biased toward women. The evidence is obvious and overwhelming-you don’t have to look any further than common sense. In times of war like KDF being sent to Kismayu, men are the cannon fodder conscripted to die in battle, while women are offered the choice of military service; it is men who are forced to initiate courtship and finance sex; men must shoulder the primary responsibilities of mortgages and college tuitions and weddings (not to mention diamond rings). The justice system is disgracefully female-friendly: judges regularly give the nod to women predators who practice divorce as a business like Judy Thongori who is trying to blackmail Philip Moi; custody of children is routinely awarded to the wife, even if she is a known abuser (fathers win custody of children in less than 2% of divorce cases, and usually only when the mother is deceased or otherwise incapacitated); and when men and women commit the same crime, men are many times more likely to be sentenced to prison. 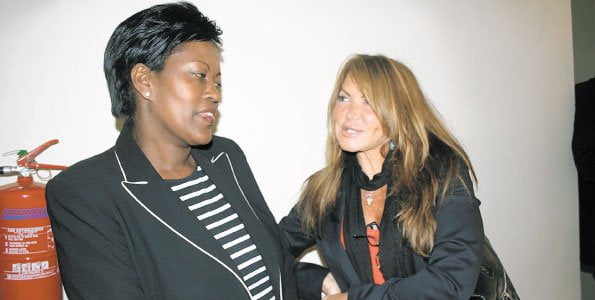 CAPTION: Lawyer Judy Thongori, perhaps the primest example of the rot in the Judiciary, where women predators like her, have been given leeway to operate as divorce attorneys.

Today, the media will happily reference Lillian Muli’s ex-husband Moses Kanene as the “abusive ex” , yet will conveniently omit all the philandering and downright whoring the newscaster engaged in publicly, while still married to him. That’s how one-sided this society has become. Whores deserve no mercy. Kanene should have dismantled her jaws because the emotional damage she inflicted in him is immeasurable. We even see permutations of feminism even in the Bible where Jesus purportedly saved a prostitute from being stoned. What a load of horse-shit!

It’s incumbent upon women of goodwill who’ve see how this cause of feminism has precipitated a societal collapse, plus the men of goodwill, to rise up and speak about it. Let’s demolish these negative feminists who use it as justification for duplicity and double-speak using this knowledge.