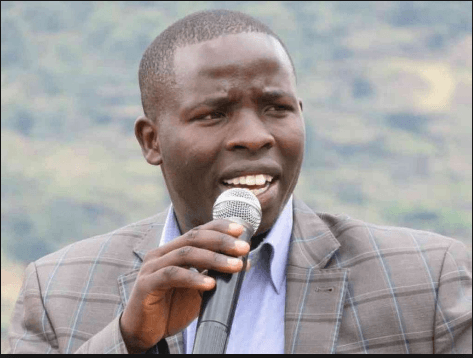 The other day Governor Sang hypocrisy pushed him to launch the big 4 agenda in Nandi County. The much hyped big 4 agenda hassle a health component. Beneath the pomp and colour lie an unconstitutional practice of slavery in the hospital corridors.
The county government has clinical officers and nurses initially contracted under 1yr with a promise of absorption at end of a contract.
This lot have been denied important allowances creating a discrepancy in remuneration despite common roles and binding CBAs with respective unions.
Those who attempt to raise the issue are rebuked and threatened with sacking. More annoying is the fact that it’s been 7 months since contracts running out for clinical officers and no official contract issued, salaries given but the lot forced to work to bridge the understaffed hospital with the hospital administration giving assurances that pay will be processed.
There’s a lot of 40 nurses whose contract is coming to an end in December and no one is communicated to them of their fate as salaries have become a cat and mouse game. Below is a forwarded message from the clinical officers
*The* *untold* *Suffering* *of* *contract* *clinical* *officers* *in* *Nandi*
A clinical officer (CO) is a gazetted officer who is qualified and authorized to practice medicine.
A clinical officer performs general and specialized medical duties such as diagnosis and treatment of disease and injury, ordering and interpreting medical tests, performing routine medical and surgical procedures, referring patients to other practitioners and managing health departments, institutions, projects and systems.
In Nandi County,  these are the major specialists we meet every time,  we visit our facilities (Daktari).
If you ever,  visit a hospital,  wakisema ona Daktari,  those are the clinical officers.
Currently,  they are child specialist, Ear nose specialist,  Lung and skin specialist, Anaesthesia and Graduate clinical officers.
Majority of Nandi facilities over 95% are managed by clinical officers.
Devolution has been the worst thing that ever happened to clinical officers because their fate has been blatantly left to those Who care less about their plight.
It’s only in Nandi county that subject clinical officers to unworthy contract working conditions.
In Chematel regime,  they subjected them to kshs 15K monthly payment for entire 5 years, No NHIF cover hence with a lot of exploitation.
This Government fooled them with a lot of hope and better Contracts terms only to come up with their same dehumanizing demands.
It’s a game of another hide and seek theory.
The same,  clinical officers are being forced to apply for jobs they have been dubbed into, for last five years,  Now 1-year contract again in this draconian regime
The same clinical officers have not been paid for 7 good months,  but they faithfully see our patients day and night.
The majority are walking from their workplace by foot,  wengi wamefungiwa manyumba..
In one instance kuna mwenye amechapwa na maid for not being able to pay her monthly dues.
This is the Nandi we are. The few who earn millions and subject our professionals under No pay.
In every moment’s,  we demand the clinical officers be on duty on time,  we need quality patient care, while deep inside their souls,  they are the most stressful individuals,  No food,  No pay,  Nobody cares,  we faithfully need them to deliver one of the agenda 4.
Recently  One MCA scold at one for coming work late,  yet actually, he had gone for Boda Boda services to sustain his broken marriage due to the hard economic crisis.
Any time, these clinical officers are given empty promises.
Every other time,  they are intimidated with bosses of a sack if they demand their dues.
Imagine going to College for 4 years,  and later,  you are being fooled to work under no clear agreements.
This Government,  think everything is Okay as it looks
But the agenda 4 in Nandi will be theories if facts are ignored.
You can’t deliver on an empty stomach.
The many Empty promises,  will go and swallow this Government.
Satisfaction of the few minorities adds no value in the end.
The suffering of the youthful graduates in NANDI is a time bomb in waiting.
So Nandi voters should be aware of imminent days of Strikes ahead.
The general public should be keen,  Concerning the welfare of our Madaktari as we always say.
No, Pay No services.
But we know Who to blame…
Kindly highlight the fate of these suffering lot
Regards
Would you like to get published on this Popular Blog? You can now email Cyprian Nyakundi any breaking news, Exposes, story ideas, human interest articles or interesting videos on: [email protected] Videos and pictures can be sent to +254 710 280 973 on WhatsApp, Signal and Telegram.