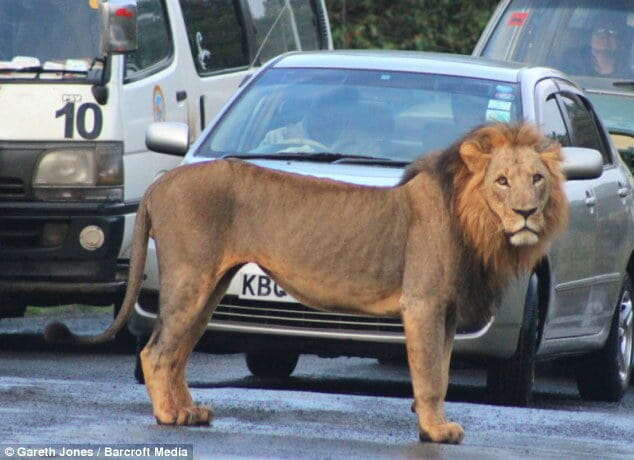 Allow me to start with a light moment that perhaps the Chinese will not hesitate to supply Kenya with artificial (stuffed up) elephants, lions and other iconic species that are eventually dying out due to Jubilee government and the Chinese government high affinity for monetary gain for the few at the expense of long-term benefit of Kenyan society.

It is important that we quickly define three kinds of people in a bureaucracy. Bureaucracy is simply a system of hierarchy like all governments, Kenyan included. The first person in this system is a zealot who is described as being loyal to relatively narrow policies such as development of submarines, and yes, the Standard Gauge Railway whose feasibility study and environmental impact assessment report few people know, even the sterile Kenyan media has rarely tweeted or hosted ‘experts’ to shed light on the same.

The second type of persons in a bureaucracy is the advocates who are described as working for a broader set of functions more than zealots.

The last kind of people in a bureaucracy are the statesmen who are people truly concerned about the society as a whole.

In Kenya tourism contributes at least 12% of the GDP and the tourism is primarily drive by wildlife. It is, therefore, disturbing the rushed SGR is taking away a total of at least 550 acres of wildlife acreage. The uncontrollable appetite by our government to focus on the narrow picture, short-term gains as long as the connected-few are gaining materially is to blame for the inevitable destruction of wildlife.

The Chinese for the reason we know prefer to build the railway through national parks that have rhinos, elephants and other wildlife. In Nairobi National Park, the right of way for the SGR will use a total of 250 acres of land from the wildlife agency according to an article published by Daily Nation on October 14, 2014. That is a lot of pristine lands (undisturbed land, as original as it was) and the disruption of wildlife is significant. Already it has been indicated that the population of lions and zebras is on the decline worldwide. While infrastructure development is important, the truth is that NEMA failed as usual by always giving any project done by foreigners a clean bill of health. Since when did you hear of NEMA declining to approve a project or foreign company even it was clear that the operations of such entity will harm the environment?

Local dailies have simply highlighted that the SGR will pass through Tsavo East, Tsavo West and Nairobi National Parks instead of inviting quality debate on the short-term and long-term effect of the project on wildlife.

My question is, if our wildlife as part of tourism entity that contributes 12% to our national GDP, how much will SGR contribute more than wildlife to warrant the disruption of pristine wildlife lands? The surface lies projected by our media are that the railway and trains will be simply passing through the parks! We all know with time encroachment along the railway lines will occur right inside the parks.

Wildlife and conservationist activists have shied away from condemning the irregular way NEMA and other agencies are addressing the issue simply because it is the President’s pet project. In other words, raising genuine economic concerns that the railway is setting the stage for the immediate destruction of wildlife and long-term adverse effect of the encroachment of the parks is akin to directly opposing Jubilee manifesto. Allow me to remind you that tourism contributes at least 12% of our GDP. Is it really necessary to disrupt 12% GDP for SGR?

“Governments do not govern, but merely control the machinery of government being themselves controlled by the hidden hand”- Benjamin Disraeli. In other words, it seems that there are invisible forces (cartels) pushing the actors in government to implement the destruction of national parks in the name of SGR project. Lets face it, the economic benefit of SGR relies on Uganda, Burundi and Rwanda building the SGR on their side. So far Museveni has shown non-commitment to oil pipeline deal with Kenya. What is the guarantee as we help destroy our national parks that Museveni will actually implement SGR project?

As Ramadhan Rajab of the Star newspaper reported on December 17, 2015, Nairobi is set to lose eventually the park and lose its status as the only city in the world with a national park. The SGR will go on because the deals involve billions of shillings, and it will be used as a campaign mantra. The majority of Jubilee supporters from the mountain and the escarpments acknowledge that the government is experimenting with everything and failing terribly but to them it is something they can live with as long as it is not Raila Odinga.

You see politicians understand that having to campaign on ideas and issues, most would not get reelected. So they prefer the approach of a bogey man syndrome strategy in which they dispense propaganda via media that a certain political figure will ‘finish them’ and every member of the community is expected to ‘educate’ their children against ‘this killer of our community.’

It is disturbing that as the Chinese and a few political merchants in our corruption ecosystem, cart away millions of cash, some even feel their bank cannot handle the cash and keep it in their houses that unemployed youths, dependent on mshwari loan, sportspesa and other gambling still think corruption and bad governance are not biting issues but opposition.

This is not campaign for opposition. As that happens, the Kenya National Highway has axed 89 acres of Nairobi National Park; land grabbers have hived away 2500 of research land in Kari, 25 acres of Karura Forest is set to develop hotels and Jubilee government plans to use 17, 000 hectares of Mau Forest land to ‘settle squatters.’ Well, you know the quarter!

Meanwhile, our media is silent on the non-existent NEMA’s Environmental Impact Assessment report on constructions of bypasses and SGR in the national park because they prefer to update about women not wearing pants. To these beauty-driven journalists and car-loan sensitive ‘journalists, they are too tired to go out of their way to research on articles or ask quality questions.

Perhaps Richard Salent’s quote that “the media’s job is to give people not what they want, but what we (media) decide they ought to have”.