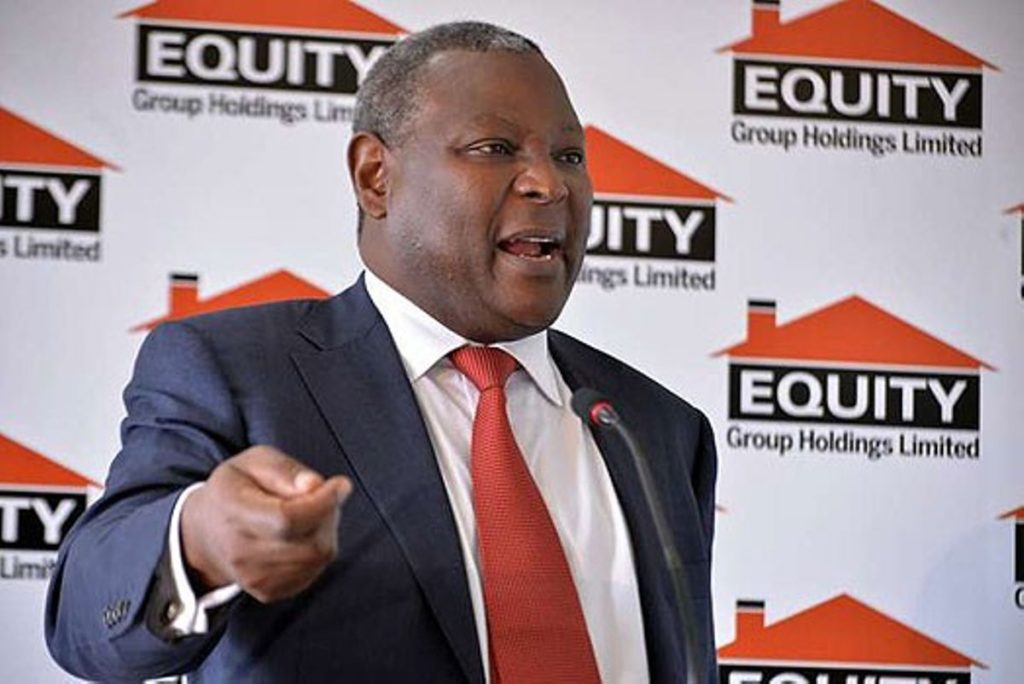 CAPTION: James Mwangi. As the saying goes, “the best way to rob a bank is to own one.”

Before you sanctimonious, self-righteous lot begin whining about my language, you need to get it in your thick heads that what your definition of “foul” language is, cannot be equated the crimes in question. Because religion was embedded in your shitty 8-4-4 curriculum, your mediocre Kilimambogo Teacher College-trained teachers conditioned you to ignore the message, and pay more focus on grammar and semantics. It’s the reason why a woman who was a perennial victim of domestic violence, was easily duped by her pastor to stay at home and pray for her marriage. The husband later chopped-off hands. 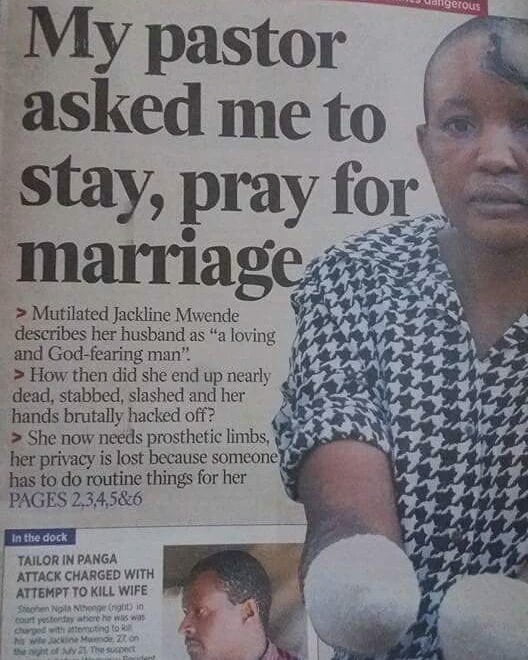 Why would you let a pastor advise you on anything dear Kenyans? Which pastors, the ones who con people on television? The ones who host Uhuru and Ruto in their churches in-order to extort money in form of harambee’s? Kenyans grow up! This obsession with religion will do you more harm than good. Focus on your personal faith, but don’t Base it on a church or pastor. Pastors are just a bunch of extortionists.

As a commentator said today, Kenyans are generally poor in analysis. That is why they are easy to cheat. They are allergic to anything expressed numerically. For example basic things like to buy or to hire are like rocket-science to them. Anyone who can manipulate figures, show something can be profitable, can easily take advantage of an average Kenyan. Besides real estate we have pyramid schemes. The Top 20 technologically advanced economies in the world happen to be the top leaders in Maths. With our National mean-grade being E since independence, you can guess why many people cannot use their brains in Kenya, preferring to Base important decisions like buying land on hype and euphoria instead of logic and rationalisation.

Again dear 8-4-4 educated Kenyans, we have to stop this over-reliance on news by mainstream media journalists and editors. We will not tire from saying that Daystar University which is Kenya’s leading conveyor-belt of mediocrity, in the form of half-baked graduates, must be shut down due to its harmful impact in society.

For instance, mainstream media has worked overdrive portraying James Mwangi as some sort-of Muhammed Yunis of sorts, yet he is just an ordinary thief from Muranga who once collapsed Trade Bank Limited, that was located at the current EACC Headquarters in Kilimani.

Allegations of sexual harassment by Esther Passaris against James Mwangi cannot be taken lightly. If we condemned Koffi Olomide for kicking one of his band members, yet the victim was not even Kenyan, then why should we allow James Mwangi to get away with the act of sexually harassing Esther Passaris? If James Mwangi has the guts to harass a financially independent and confident woman like Esther, what of the helpless ladies that work in Equity Bank? The duplicity of our morals and hypocrisy is nauseating, to say the least.

Why must you Kenyans have institutionalised-fear of someone simply because they have been immortalised by a corrupt media set-up? Todate, James Mwangi has not even bothered to respond to allegations of sexually-harassing Esther Passaris, and we give him an ultimatum until Friday to either respond, or resign (or both), failure to which we will crowd-source and air Esther Passaris’s grievances to MasterCard and Visa, asking them to terminate their partnerships with a company whose CEO has actively been linked to corruption and sexual harassment.

You really don’t want to try me Mr. James Mwangi. Respond and apologise to Esther asap.

We also covered how Equity Bank has been operating with impunity. First and foremost, Equity Bank directors simply moonlight waiting to illegally acquire property from clients who become unable to complete loans. Directors instigate the quick recovery and auctioning, in collusion with auctioneers. Case in point is Equity Bank Chairman Peter Munga’s acquisition of Pioneer School in Maragua. Munga is a thief who should be behind bars for this practice.

Secondly, we linked conflict-of-interest in the way Equity Bank operates. For instance, a director Stanley Muchoki was paid rents for 25 years by Equity Bank for his property at Nairobi West shopping center, enabling him to build Summerdale Hotel which shares the same premises as Equity’s Nairobi West branch.

We also mentioned Equity Bank’s link to Julius Kipngetich, another “celebrity” CEO who thrives on bribing Business journalists like Wallace Kantai and Terryanne Chebet so as to always appear on the news telling us fuck-all, pretending and masquerading as the best brains in the country, yet together with James Mwangi, want to transfer the ownership of Uchumi to Equity Bank.

If not checked, the greed of James Mwangi and Peter Munga will bring down Equity Bank and a large portion of this economy that banks with them. Term limits should be enforced because Mwangi and Munga have stayed at Equity Bank for long, and traded with customer’s money for personal gain and contrary to all written banking rules and guidelines.

Ever heard of ESOP? Employee Share Ownership Plans? Companies sell their own shares at ‘discounted’ prices to staff. The shares are to be held for a specific period before they are available for sale at Nairobi Stock Exchange (NSE). The staff must remain in employment during those years. Should they leave before, they are reimbursed their investment at cost. If you bought for instance Kshs. 100,000.00 worth of shares, you get that as your refund.

Equity Bank has such schemes maturing every 5yrs. In this case, the staff were FORCED to buy the shares. One staffer was dismissed for resisting. She went to court and won 10 months salary as a result, a ruling that was passed in July 2015 with the judge also ruling that costs of the lawsuit be paid by Equity.

When I read the ruling, I was baffled by the low salaries Equity pays it’s bankers despite raping the Kenyan economy as they did during the Safaricom IPO where they lent money against shares, where they charged an exorbitant interest even after clients didn’t get the allocations they had hoped for.

We take this opportunity to encourage Kenyans not to suffer in silence. Send us details of your frustrations so that we can open up these corporates which have for long thrived on duping the public through bribing journalists.

Hereby attached is the court ruling that found Equity Bank guilty of unlawful termination and by extension, trying to coerce a staff member into taking up stock-options.