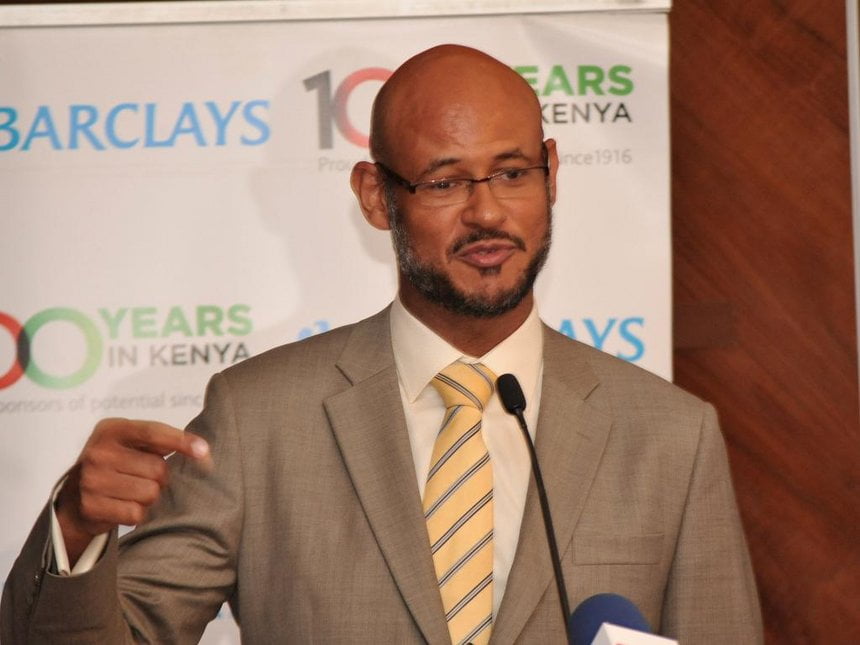 Allow us to start by appreciating the good work you are doing. May God protect you and continue to give you strength to keep fighting for the voiceless.
Today we write to you to bring to your attention the rotten on-goings at  Barclays Bank Kenya. The untold stories of open corruption and scandals that have rooked the one time most prestigious bank in the continent.
1. BARCLAYS REFUSAL TO DECLARE PROFIT WARNINGS
The law require all listed companies such as Barclays Bank to publish profit warnings whenever there is every indication that there will be loses in the end year results. In the financial year 2017 Barclays Bank did not publish profit warnings despite knowing very well that the Bank had made loses. The basically did not want the public to know this information and kept it secrete despite knowing that this was a violation of the law.
One of the major reasons for not giving profit warnings was so that the Directors and Senior Managers can award themselves hefty BONUSES in the tune of tens of millions. so they opted to keep the public in the dark while the senior managers robbed the bank dry.
although the regulator has fined the Bank for violating the law by not publishing the profit warnings, Barclays has managed to bribe all the media houses not to cover the story despite this being leaked to them.

2. UNFAIR GRADING OF STAFF.
The Barclays Bank staff are treated like slaves. The staff are overworked but when it comes to grading your line manager has the sole discretion to determine what grade to give you.
Here it all depends on how well you boot-lick and ass-kiss your line manager so that you can be awarded good grade. Remember that those who awarded grade C (Good) and above are entitled to a bonus at the end of the year. Staff are forced to give sex in exchange for better grades. We call it using the power of the thigh.
The sad part is that Barclays Bank has a system called DASHBOARD which gives employees scorecard but 99% of the time the dashboard is always overruled by the line managers when grading their juniors. You will find situations where a staff has grade B (68 POINTS) on the dashboard but the staff will be given nonperforming by the line manager simply because the said staff has refused to give in to sexual demands from the line manager.
3. TRIBALISM

The tribalism at Barclays is worse than what you see in the Government Sector. The Consumer Director Anne Kinuthia-Otieno has made it her Business to only hire Kikuyus in Senior Management Positions…
*All the Regional Managers only 6 are Non-Kikuyus.
*The head of Departments are 70% Kikuyus
Staff from the other tribes are either left hanging without roles or frustrated and forced to resign as their positions are taken over by Kikuyus or others are literally sacked to pave way for Kikuyus. A case in point is that if Mr. Godwin Onunga who was the head of sales. Mr. Onunga has been frustrated into opting to resign and now her position is set to be taken by a Kikuyu Lady.
Others like Connie M. were sacked after their roles being given to Kikuyus and them being rendered role-less.
In other instances, whenever a branch is closed by the bank like Moi Avenue Branch, If it happens that a non Kikuyu was in the Branch earmarked to be closed, he or she will be transferred to another branch and the person in that branch is told to report to head office where the person will be left hanging without a role.
Imagine reporting to work daily without clear role??? You just seat there from morning to evening without anything to do simply because a Kikuyu has been given your role.
Apart from being tribal to the core, Ann Kinuthia is a  dunderhead person without any serious academic qualification except her Undergraduate Degree qualification from Daystar University which she never even attended classes for or done assignment. All her class work including assignments were done by one Philis Muthusi who happened to be in the same class with her. In return Philis Muthusi was promoted to Branch Manager position. Philis Muthusi is another prostitute who has slept with any man in exchange of money and gifts including the late Hon. Nicholus Biwott who paid her 5K after sleeping with her. I will share more about Philis in my next e-mail.
Anne Kinuthia-Otieno is tribal to the  core and she has managed to succeed in this because she sleeps with Mr. Zahid Mustafa who is the  Director of Retail and Business Banking… Whatever Ann Kinuthia says Zahid can not go against. The two have rendered Jeremy Awuori useless when it come to decision making. Awuori has no say as Ann Kinuthia and Zahid Runs the show. 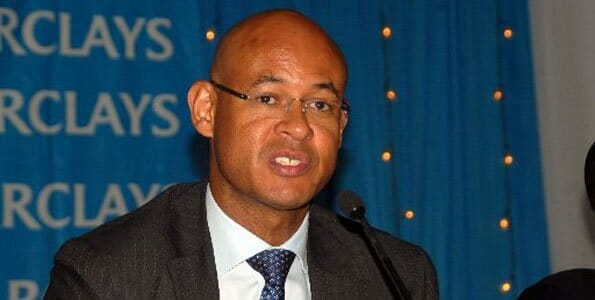 CAPTION: Jeremy is a Victim of Toxic Feminism. He is just the face of the company but toxic feminsts run the bank from behind the scenes.
Remember that Mr. Zahid Mustafa is the same Pakistani National who was reported to immigration officials for mistreating staff and abusing them. Mr. Zahid is very racist and is fond of abusing staff as “stupid africans” and calling them idiots. Sometime last year he had his driver arrested by the police when the said driver was car jacked on his way from Mombasa. Zahid is so feared at Barclays that no staff can dare share an elevator with him.
4. BONUS
At the end of every financial year Barclays Bank awards staff who has “performed” bonuses. This is the biggest ripoff ever since the managers decide which grade they give each other.
The Director decide the amount of bonus they will take (which has been around 20million each in the last two years) then the ball is passed to the regional managers who also decides what they will hive from the loot. Regional managers has been taking around 5M – 10M… after the regional managers the Cookie jar is passed to the Branch Managers (they take around 1.5M) who in turn will pick their loot and then decide which staff in her/his branch gets a share of the looting.
Remember that the junior staff are the people that does the donkey work while the bonus loot is enjoyed by the managers, from branch manager to MD. The sad part is that most often the deserving staff does not get rewarded simply because they refused to ass-kiss or  give in to sexual demand from their bosses.
5.  CONTRACT or SEVERANCE PAY
As you are aware, Barclay UK sold its Africa subsidiary to ABSA. In the agreement the staff were to be paid for the years worked. In other countries like Zambia the staff have been paid already. They were paid 1.5% of every year worked.
In Kenya this remains unknown whether the staff will be paid or not. It is rumored that this money was released to the Kenyan subsidiary sometime last year and the Directors decided not to pay the staff but report is as profit to increase their bonuses.
This therefore means that the staff at Barclays Kenya will never be compensated by Barclays UK for the years worked as have been done in other countries like Ghana, Zambia etc.
Sad That some greedy people like Zahid, Ann Kinuthia, Jeremy Awuori will take home millions in turms of “bonuses” while the junior staff go home empty hand.
6. CORPORATE PROSTITUTION OR UMALAYA
This is the sad part of the Barclay Bank staff. Staff are literally encouraged to seduce and have sex with clients in order to secure business. This is worse among the sales staff (LGs) who goes hawking their bodies to anyone who cares as long as you agree to sign up for loan.
It is also worse with the premier customers and their relationship managers. sleeping with your client is a common thing among Barclays staff. It is normal.
Please warn the boy child about Barclays Ladies… They will help you get the loan and then eat the entire loan with you. The high class prostitutes like Hannah Gitau, susan kay-sanna, Caroline Karori, Julian Muga,   Anne Alele, Philis Muthusi, among others.
Please speak for us the voiceless and encourage more others to expose the corruption at Barclays that the media is not willing to do for fear of loosing advertisement revenue. We are oppressed and are being treated like slaves.
Thank you and God Bless You.
Sincerely,
Barclays Bank Anonymous Staff Members
Would you like to get published on this Popular Blog? You can now email Cyprian Nyakundi any breaking news, Exposes, story ideas, human interest articles or interesting videos on: [email protected] Videos and pictures can be sent to +254 710 280 973 on WhatsApp, Signal and Telegram.