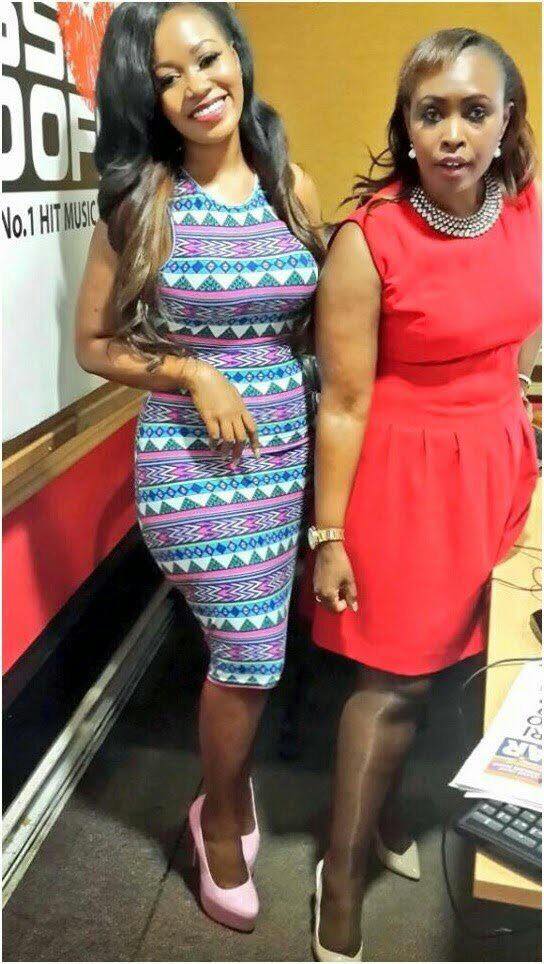 Feminists are very disgusting creatures. Employing one at a position that demands strategy, critical-thinking and rational decision-making, is a great risk. Which is why you see many Kenyan corporates don’t become regional power-houses.

For instance, Caroline Mutoko and her fellow feminazi’s working in Corporate Nairobi (feminazi’s also include men) have been activating the rumour that working with Cyprian Nyakundi is brand-suicide. My only crime is that I am a boy, and anything that a man does today is being suppressed by the rabid-feminists.

Why is Huddah Monroe loved and embraced by corporates, yet she constantly posts acutely-polarizing content? Why should Nyakundi be labelled as “controversial” yet Huddah posts nudes and other crap? These are some of the questions you should ask yourself.

There’s actually an entire television show called Nairobi Diaries which glorifies commercial sex-workers. A Tv station has actually invested money in it. Yet the same corporate shit-heads have the nerve to call Nyakundi “controversial” . They coin narratives to suit their shallow objectives and as an entry-barrier.

For instance, some commercial sex-worker was one time held in a hotel for non-payment. And the same malaya was offered a job and her bills settled by Radio Africa Group. How is that even possible? Shouldn’t such n /narrow-minded individuals whose only aspiration in life is to suppress any confident man.

When Vera Sidika started selling her diab for cash, it was Caroline Mutoko who gave her the platform by interviewing her on her morning show. Hoe’s are celebrated by corporates while Nyakundi, whose only mistake is his gender, is labelled as “controversial” . This is the disgusting nature of feminism.

On Facebook and Twitter, they use antagonising messaging to deflect from factual discourse. For instance, Ciru Muriuki or @Slyrie will post something like “There are some men who I respected, but I’ve lost all respect for them because they quote Nyakundi”. These bitches make it look like getting half-baked “respect” from them is a privilege.

Liberate yourself from the tentacles of toxic-feminism.