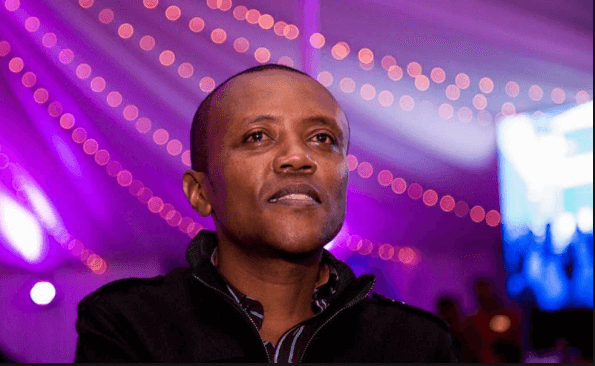 Celebrated radio host Maina Kageni known to use subliminal messaging while endorsing brands to his large audience and fanbase. He is especially popular with women, who tend to believe his editorial content largely favours them.

Maina Kageni has been known to work with companies to sell land, by creating a fake or generic hype and manipulating the costs. Gullible Kenyans who have made Maina a must-listen, then fall prey into the conniving schemes and end up being extorted, buying cheap land at very exorbitant prices.

Property Reality Inc. and Thika Greens Limited are some of the land projects that Maina Kageni has hyped out of proportion, where gullible Nairobians have been duped into buying rural land at Nairobi prices. Many of these projects may take a 20-year lifespan to complete, and with the inevitable housing market crash, the buyers will remain shortchanged because the value of their investment will greatly depreciate once the property market bursts under the weight of fake publicity stunts and grossly overstated prices.

It is this culture of Kenyans trusting anything that appears on the mainstream media that has seen even the political structure being tainted, because people now vote for those who bribe Daystar journalists the most, and not those who have something to offer the country.

Maina Kageni has also made two other prominent endorsements, for those who can spare a minute to remember. He has endorsed both Tamasha/Buffet Park which was once his local spot, and also Galileo Bar where the owner is his close friend.

Whilst the messaging is not outrightly direct, it’s layered with a lot of gibberish and he would accidentally throw in the names of the aforementioned establishments in between random conversations during his toxic morning shows.

Afterwards, the 8-4-4 educated simple minds would take the bait, and mistakenly assume that the establishments are the place to be, and many throng the joints.

Many of you will be shocked to know that both establishments have since shut down, Tamasha earlier in the year while Galileo more recently this week. Because the moment Maina Kageni stops endorsing your joint, you’re headed for trouble.

Galileo was largely patronised by Jubilee thugs who never missed the opportunity to posture and grand-stand on how President Kenyatta has awarded them tenders and hooked them up with shoddy deals.

Speculation is rife that Maina Kageni now owns Malibu, that’s off Uhuru Highway next to Nakumatt Mega, as he has been publicising it on radio as  often as he can. The overlapping conflicts of interests in his modus operandi are nauseating to say the least, and it’s a pity that Patrick Quarcoo cannot sack him because his radio station and media empire would collapse without Maina Kageni.

If you would not like your establishment or land project to collapse or stall like everything Maina Kageni has touched with his cursed hands, we’d advise you not to pursue his endorsement.