CAPTION: Uhuru surrounded by a bunch of thieves, signs the interests rates bill into law, in what could be a publicity-stunt. Ignorant and dumb Kenyans will forever continue getting the short-end of the stick.

We were recently treated to theatrics after MPigs,passed a bill capping interest rates. For those of you who will remember, the thief of Meru decent by the name of Kiraitu Murungi had once introduced energy price controls, during his tender as Energy Minister a few years ago, a law which saw the birth of the Energy Regulatory Commission (ERC).

And we are honestly supposed to believe that the lot of commercial sex-workers or MPigs had the interest of Kenyans at heart, yet the same pieces of shit have been at the heart of the rot in the country.

The purpose of ERC was to ostensibly check on the runaway energy crisis where it was concluded that oil marketers were colluding to manipulate the pump-price of fuel in Kenya. ERC was also supposed to reign in the escalating cost of electricity, where Kenya Power has been stealing from Kenyans via high tariffs, when overheads to produce power in Kenya are next to zero.

Have we seen any benefit since the introduction of the ERC? Ofcourse not. Electricity costs are still high making cost of production in Kenya to be very expensive, a matter that is seeing many companies shutting down. Secondly, despite the global oil-price being lowest in history this year, fuel-pump prices remained virtually the same.

What you should know is that oil marketers and electricity companies such as Kenya Power simply combine efforts to chip into a slash-fund, which bribes the officials at the ERC to ensure that they continue ripping Kenyans off with bogus mostly reviews. Which is what will happen with interest rates too. The banking cartel known as Kenya Bankers Association will simply bribe the Central Bank Governor and the committee which determines the Base lending-rates, in-order to manipulate and continue extorting Kenyans.

Kenyans and the commercial sex workers known as MPigs, seem to imagine that every problem we have can be solved by legislation. But what does legislation do? It only bears bureaucracy and creates institutions that can be manipulated.

After all is said and done, and after the elections next year, the Business climate will revert to “factory settings” whereby it will be business as-usual. Kenyans will have now legalised the extortion practice of banks, as they bribe Central Bank officials to hike interest rates and the impunity will continue.

Look at the case for potatoes for instance. Does Government regulate it? Is there a Potato Regulatory Authority in Kenya? Ofcourse not. But the price of chips, and by extent the cost of potatoes have remained relatively stable, as the market isn’t interfered with by Government. The folks who cook chips or bhajia’s know exactly where to get the raw-material and on the flip-side, the potato farmer knows exactly who or where to sell to.

But going to a different industry like coffee or tea, those farmers are perennial sex objects for Government who have imposed nonsensical laws and regulations, barring them from selling their own produce to whomever they want. Imagine this; someone who played no role in planting and harvesting your crop, dictating how you should sell it. Amazing!

And instead of coffee farmers reasoning with logic and calling for the scrapping of the numerous laws and levies imposed upon them, they sanctioned a misguided Taskforce committee to propose redundant ideas, instead of advocating for a blanket deregulation. Kenya is full of idiots.

For corruption to exist 2 things must be present:

1) A Government: Corruption, like a virus cannot exist outside a host. If all the laws in the land were suspended today corruption would cease to exist. There is no such thing as corruption in a free market. Any corruption that takes place in private sector is motivated by desire to skirt some form of regulation. In a free market you can’t bribe someone to buy your product. Governments are necessary evils. We need them yes but to keep them honest, we must limit their size and scope.

2) Human greed. Greed is a universal human endeavour — It is not specific to Jubilee or Kenya or Nigeria. You cannot do away with greed anymore than you can do away with anger or fear or lust. Human greed is not exclusive to learned or unlearned. Your average PHD professor has the same propensity for greed as a form 4 graduate. No more no less.

It’s impossible to create a new law without increasing the demand for corruption. Say for example you create a law that states anyone who murders somebody goes to jail. This is a good and necessary law. But by creating it you automatically create opportunity for a guilty suspect to bribe their way out of trouble and you also create an opportunity for a greedy policeman to extort the innocent suspect.

This is not to say that laws are bad, they are not. But they do have an economic side effect which can lead to chaos if not mitigated. Laws and regulations are necessary, but must be kept to an absolute minimum if they are to produce net positive results.

As Milton Friedman the Nobel prize winning Economist pointed out, countries that have managed to control corruption have only managed to do so by rolling back regulation. The UK, once the most corrupt nation on earth, is a classic case in point:

The basic function of a state is to maintain law and order. Not to buy laptops for our kids as great as that maybe or build stadiums as President Uhuru Kenyatta lied to Kenyan youth that he would do. Neither is it their role to tell its citizens whom they should marry. Why should government regulate marriages when churches have been doing a far better job for centuries? Don’t we only create a need for ministerial departments and seminars, and trip and salaries and endless tenders of waste and gluttony?

Our Government does not need Ksh2 trillion to do that. Come 2017 votes should be looking at a political party that will reduce government spending not increase it. The only way to reduce spending is to cut the functions and therefore size of the Government. Why do we need a ministry of sports, or gender or education or housing, or industry? These are simply avenues for corruption. The functions can be adequately overseen by the private sector, many of who do massive work in other countries including building roads, railways, etc. Why should we have Uhuru promising to build stadiums? Have you ever heard Obama or Cameron building stadiums in their countries? That’s the work of the private sectors; clubs, corporates, federations, etc.

The greatest accumulation of wealth and well-being the world has ever known was created in only 100 years in the US almost entirely by the private sector. This is the only model that works, private enterprise based on individual effort and freedom guaranteed and protected by State. The only role of the state is to protect these freedoms.

Kenyans need to think about critically about how many laws we actually need and how many ministries we need. If there was no youth ministry where could NYS scandal have come from? Even if today CORD takes over power within the same structure of Government, corruption will continue to thrive because we will just be switching thieves. There is no way you can leave your wife or daughter at your friend’s house, go on a long business trip and expect to come back and find her untouched. Similarly, there is no way you can give Anne Waiguru or ODM’s Millie Odhiambo the password to the IFMIS program that controls Government procurement and expects them not to steal. It’s impossible. 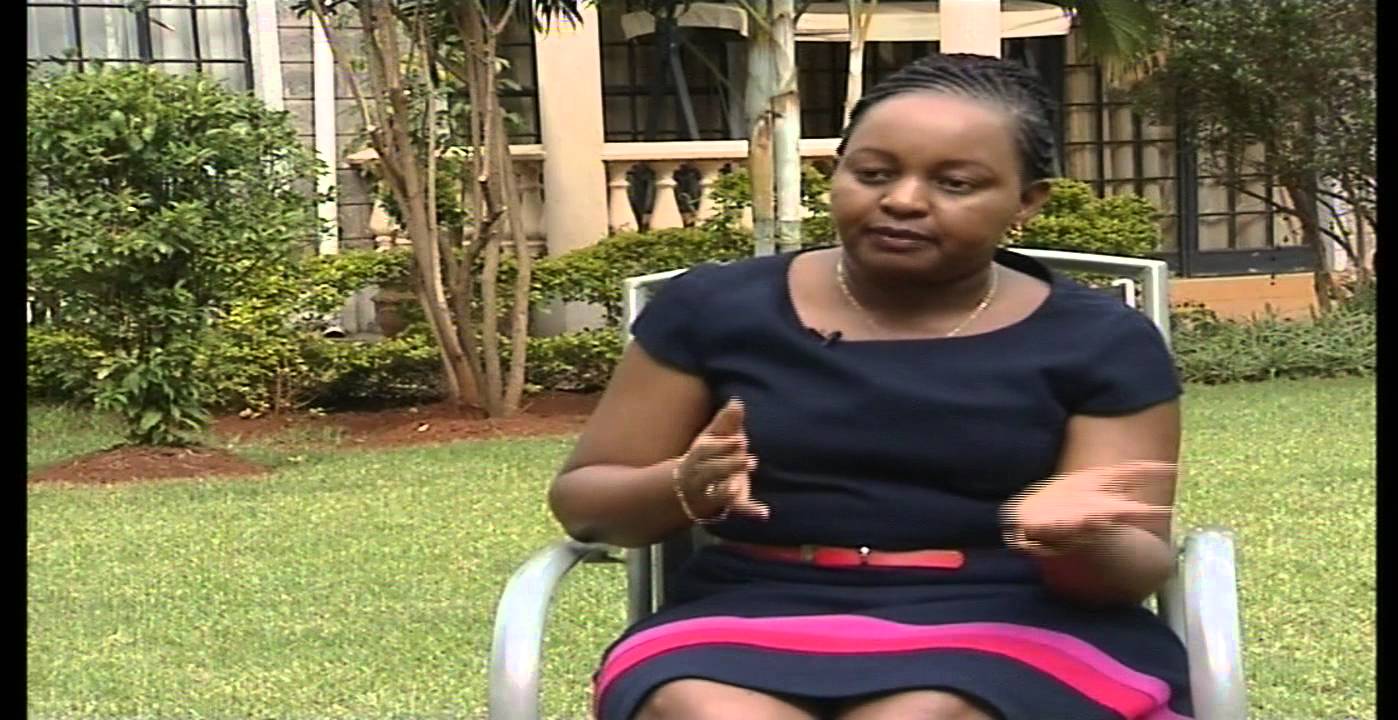 CAPTION: Anne Waiguru. Even if you put an angel as CS in-charge of such a bloated budget, and unsecure access to money, they will steal. Even if you put CORD in power, they’ll probably steal more than Jubilee has ever done.

Which is why we fault the opposition for pursuing the simplistic option of regime change, and not necessarily the overhaul/discarding of regulations that have incubated corruption. They probably would be worse thieves than Jubilee.
Deregulation is not the same thing as anarchy. It’s a gradual process of rolling back years of useless harmful laws that have resulted in the Sh2 Trillion budget we have today.

These are the kinds of debate that our intellectually-inferior journalists from Daystar University, the Center for Mediocrity, cannot raise. They instead have been drawn into toxic narratives by Government officials that every problem must be solved with legislation.