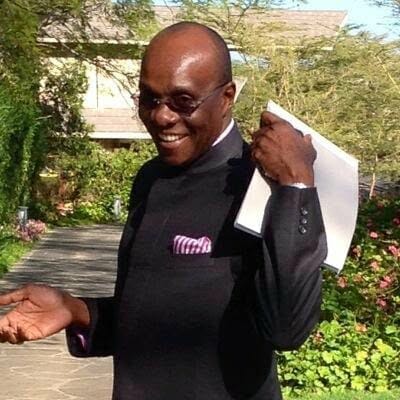 First Lady Margaret Kenyatta is a soul of a kind. She is one of those rare people who rekindle your fading faith in the goodness of human beings. She restores the hope that we could yet be redeemed.

Her acts of charity and benevolence spring from the heart and bear the mark of genuineness. She mingles with ease with both the affluent and poor, in her quest to address the plight of the wretched of the earth. You don’t run 21km for things you don’t believe in. You can only do this for a cause very close to your heart.

We live today in sundry the gutters. Penury and indigence is the order of life for most Kenyans. Yet there are those who defy the adversity. They raise their heads high, to look up at the stars and keep hope alive. Where most of us would curse the darkness, therefore, the stargazers light candles. Margaret Kenyatta is one of these rare candle lighters. Her humble mien as she goes about it all is disarming. In the angry world that we live in, she reminds you that the same God who created the ferocious tiger also made the meek lamb.

Mrs Kenyatta’s Beyond Zero Campaign and other acts of charity place her in the same docket with people like the late Princess Diana of Wales. They put service above self. The Beyond Zero Campaign seeks to address the plight of the poorest of the poor in Kenya. It was triggered off by concerns around HIV and Aids, as well as maternal and infant mortality.

For every 10,000 live births 488 Kenyan children die before their first birthday. The figures get worse. Some 5,500 women die every year due to pregnancy related conditions. About 108,000 children die yearly, before their fifth birthday. The causes are preventable. It should not be allowed, it cannot be allowed. That is why Kenya’s First Lady did 21km last Sunday. And she has done more in the past, with the promise of more to come. Hail you, Margaret Kenyatta. You demonstrate to us that if the floor is dirty, we should pick up the broom instead of cursing.

Yet we cannot just keep quiet. Two centuries ago, Napoleon Bonaparte of France told humankind, “The world suffers a lot. Not because of the violence of bad people. But because of the silence of good people.” Our children and women die not because we are poor. They die because bad people steal from public coffers. Good people do nothing about it. They don’t even utter a thing about it. Take the damning reports of the Public Accounts Committee (PAC) of the National Assembly for the periods 2010/2011, 2011/2012 and 2012/2013. The reports, adopted by the National Assembly on March 4, make shocking revelations about theft of public funds.

Good people have said nothing about the shocking revelations in these public documents. As a teacher of journalism, it saddens me that I will have to try and teach those who have been taught by people I have taught. The focus has been wrongly on diversionary allegations about people who are supposed to have taken bribes. President Bill Clinton would have said, “It is about massive theft disclosures, stupid!” Let us, for example, put the thorny issue of Sh2.85 billion in focus. In the year 2012/2013, one individual in the Office of the President – a Mr Ben Kihia – withdrew Sh2.85 billion from public coffers, for alleged confidential expenditure in the military.

The PAC report says the transfer of funds was unauthorised and irregular, the expenditure unexplained and unaccounted for. The man withdrawing the Sh2.85 billion had no authority to do so. Confidential expenditure of this kind was the reserve of the NIS, CID and GSU. Yet this individual singularly generated, examined, approved and made the withdrawals. On February 26, 2013 alone, he withdrew Sh130 million. On his own, good people! The Office of the President gave him a certificate of clearance. Yet nobody knows what he did with your money! Now consider that this man has since been transferred to the Ministry of Industrialisation. But he has defied the transfer and remains in the Office of the President. You get?

There are several dozens of shocking details in these reports. Hopefully those with more space than I have will pick them up and tell Kenyans what they need to know about corruption, instead of the misleading red herring of suspension of the activities of the PAC. Just to give you two more tips of this horrendous iceberg – on May 23, 2011 a contract was awarded to build a workshop and a petrol station at State House, Nairobi. The contract cost was Sh105 million. The project, however, stalled in less than a month. It has never moved since. By June 2013, the contractor had been paid Sh88.8 million.

Elsewhere, the Government irregularly single-sourced buying of 300 residential units in 2012, for Sh1.3 billion. Only one vendor, a senior Government official, was invited to bid. The vendor also determined the value and price of the houses. Afterwards the Ministry of Lands also valued the houses. It confirmed the value as Sh1.3 billion. But even if we assume this was indeed the correct value, we are disturbed that the area of the houses was exaggerated. It was overstated by 228 square metres. The net effect was that the taxpayer lost an extra Sh30.19 million, paid for non-existent space.

This is a plea to young journalists, and especially parliamentary reporters and writers. You are letting down your profession and your country. The house is on fire. Instead of doing something useful about it, you are running helter-skelter after cockroaches and rats, escaping from the house. These reports have been tabled and adopted by the National Assembly. I don’t know the truth about who took which bribe from whom. But I know the PAC has cleared a backlog of public accounts for three financial years, with two years inherited from the 10th Parliament.

Forget about the little I have shared with you here. These reports are damning. Please tell Kenyans what is happening to their taxes. Don’t mislead them by following useless diversions and sundry red herrings. Tell Kenyans we have enough wealth to make us all lead comfortable, wholesome and healthy lives. This is if we can face the facts, round up the thieves and send them to eat the bread of sorrow and drink the water of affliction in jail.
BY BARRACK MULUKA