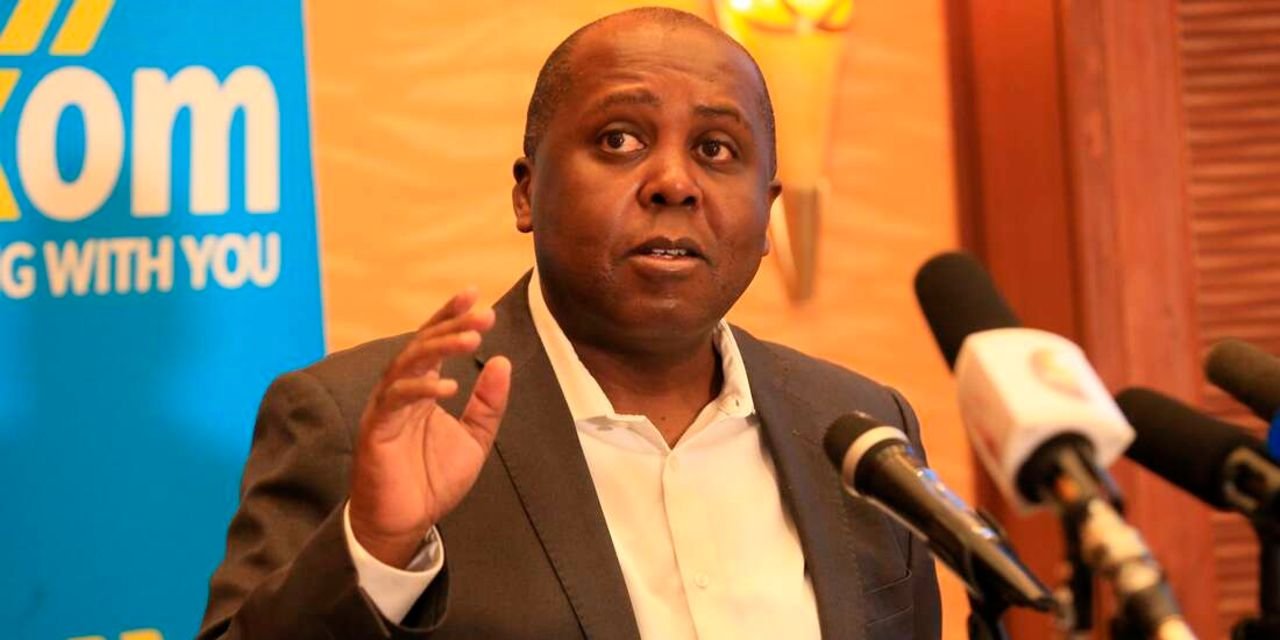 CAPTION: Telkom CEO Mugo Kabati: The company has elicited reactions for giving out the ridiculous prize of a water bottle

Telecommunications company Telkom Kenya on Wednesday became the topic of discussion on social media after their rather uncommon online giveaway caught the attention of netizens.

In the promotional competition carried out on their official Twitter page, the company asked tweeps to identify the exact model of a mobile phone from a picture which they uploaded.

Attached to it was a promise of awarding “something heavy” to whoever came up with the correct answer.

Under the comments section, one Gathii Maina as well as many others who participated in the giveaway managed to accurately identify the device as the Nokia 2.4. 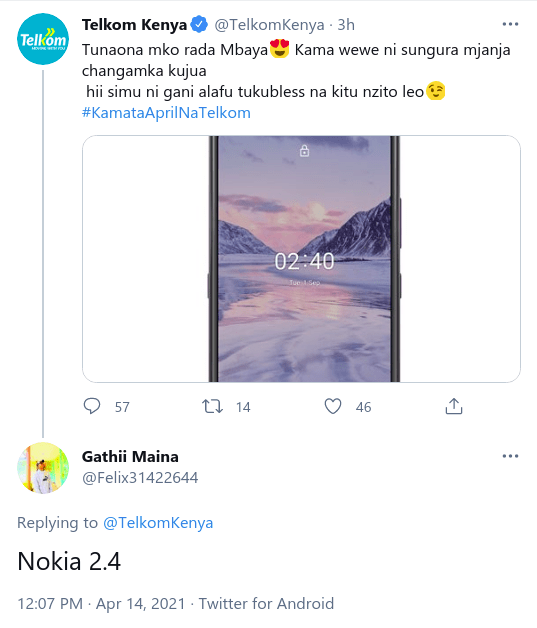 Shortly after, the company sent out another tweet, this time congratulating Mr Maina for being among those who got it right.

They announced that for his efforts, Maina won the whopping prize of a water bottle, to both the amusement and bemusement of other social media users who didn’t hold back their remarks.

“You have won yourself a water bottle! Kindly check DM for further details…” they wrote. 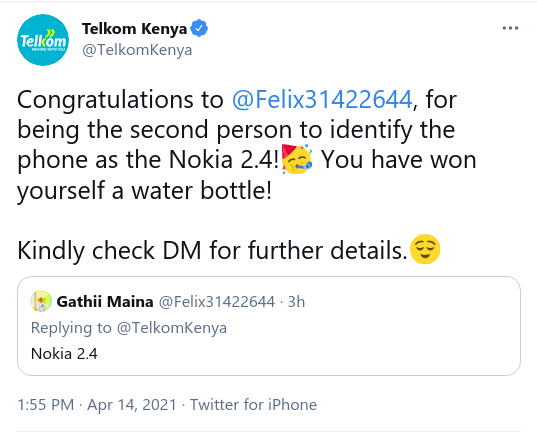 “Unaona vile ameng’ana ndio aweze ku-identify hiyo phone but the award is 10% of your expectations its the same tunang’ana na your poor network matokeo ni check your connection and try again,” added another.

You can check out a few more responses here.