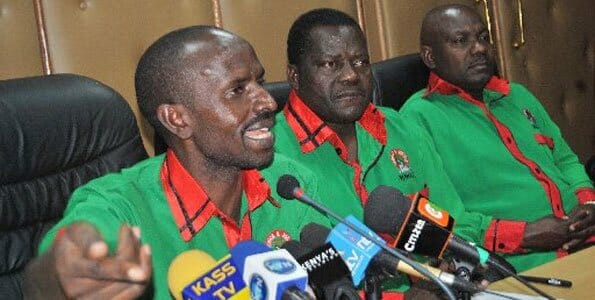 Homa Bay, Kenya: The Teachers Service Commission ( TSC) has interdicted three teachers in Homa Bay County following reports that they are notorious sex pests. This comes following revelations three weeks ago that more than 200 pupils have been impregnated by teachers in that county in the last three years. The latest casualty in the disciplinary action is a primary school head teacher in Rachuonyo, who was accused by school girls of flirting with them whenever he calls them to his office. His interdiction was confirmed by Homa Bay TSC County Director Diosiana Ahinduha. “He will receive his letter on Tuesday,” said Ms Ahinduha. The TSC Director told The Standard on Saturday that pupils especially girls at Kombaka Primary School had complained that the teacher allegedly touches them inappropriately. “The pupils first reported to the teacher in charge of Guidance and Counselling, then later to the Deputy Head teacher. When no action was taken, parents got to know of the matter. This is when the community protested and the matter came to my desk,” she said. A teacher from Wirabuor Primary School, in Rachuonyo, was also interdicted after the TSC Director’s office confirmed that indeed he was having an affair with a student from Mititi Girls Secondary School in the region. The girl is a daughter of his colleague. The Form Four candidate has been the teacher’s lover since she joined Form One. A teacher in Riari Primary School in Ndhiwa is also under investigation for allegedly seducing girls and inviting them to his house. On Thursday Civil Society Organisations led by Elimu Yetu Coalition (EYC) held a peaceful demonstration in Homa Bay town to condemn moral decay which now threatens girls’ education in the county. EYC National Coordinator Janet Muthoni-Ouko has challenged the teachers’ unions leadership to stop turning their back on the menace in Homa Bay, terming it a big blow to the teaching profession.