All the suppliers are now asking to be paid after a story carried by this blog revealing that Metropol CRB is struggling and unable to pay debts or its staff.

We had exclusively revealed that the company had asked the staff to take a 50% pay cut.

HRM, Finance Manager and COO went round the organisation’s 4 offices alerting staff of the changes. They, however, fell short of giving the way forward and left it to the MD, who was out of the country when we did the story.

The company HR used the recruitment process at MTV to recruit her people. For example, she got a sign language interpreter and paid her Ksh. 90,000 while Anchors like Simba and Stephanie and Ingrid earn Ksh50,000.

More details reveal that there are Indians who have been contracted for software and hardware supplies who are owed Ksh. 20 Million. 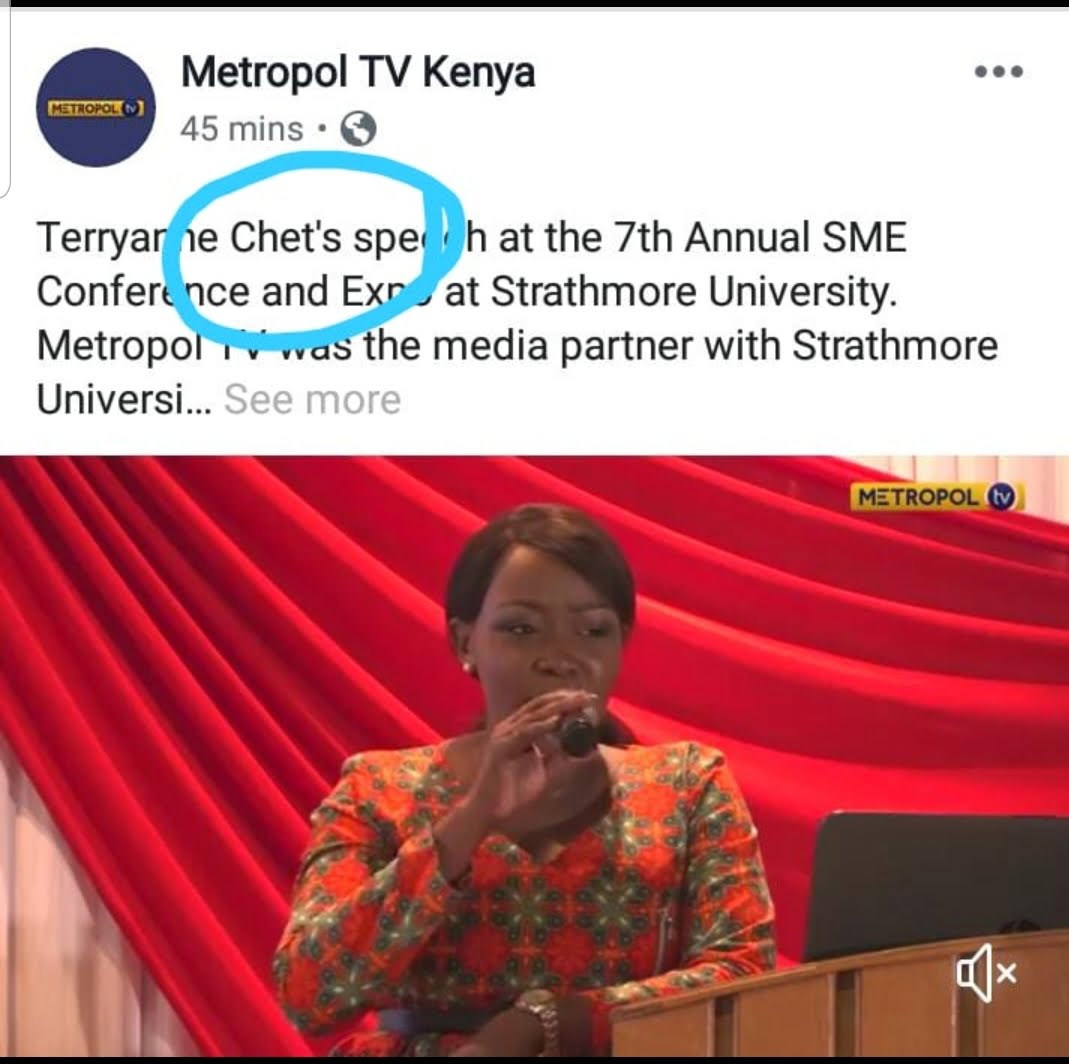 Metropol TV engaging In PR after our story. Trying to make her look professional.

Our source has also tipped us that the struggling company has gone into panic mode and they are all over looking for the source of the information shared on this blog.

The graphics system for the TV has a licence that has never been paid for and now the Indians are threatening to disable it if not paid.