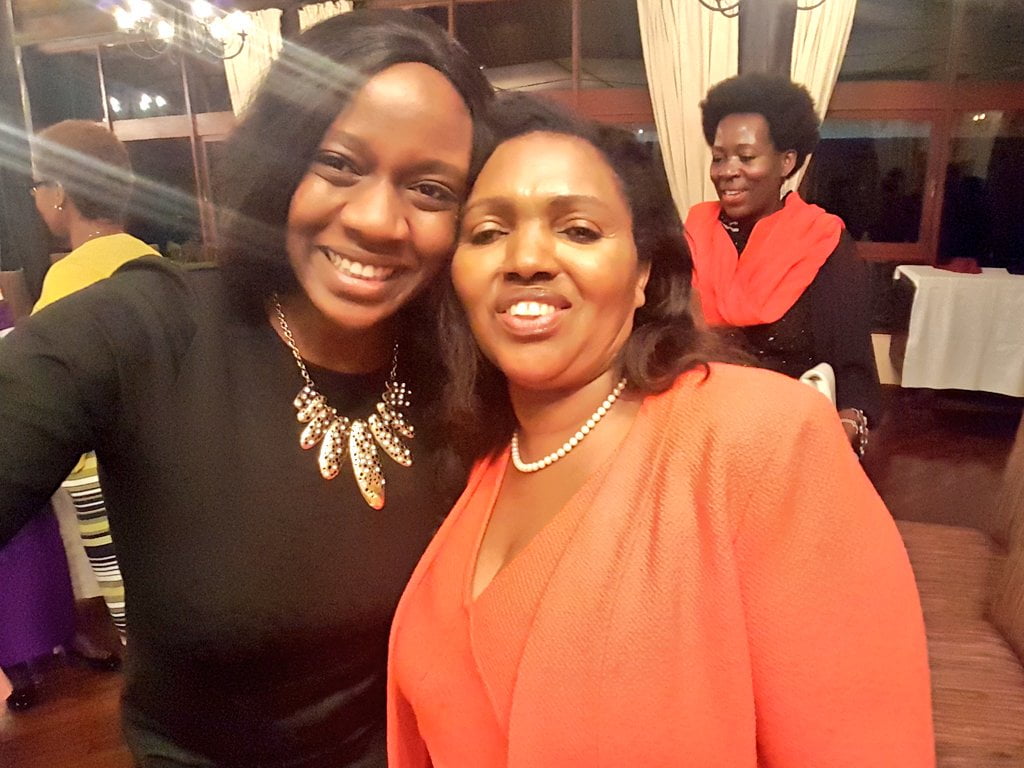 CAPTION: Keroche Breweries CEO Tabitha Karanja mingles with a fan at one of her Summit Experience.

Unlike other arrogant CEO’s who prefer to live in their glass towers bribing journalists to spew garbage, acting as if the ordinary Kenyans who keep their companies float are parasites waiting to invade their precious bodies, Tabitha is leading the way and revolutionising customer interaction. 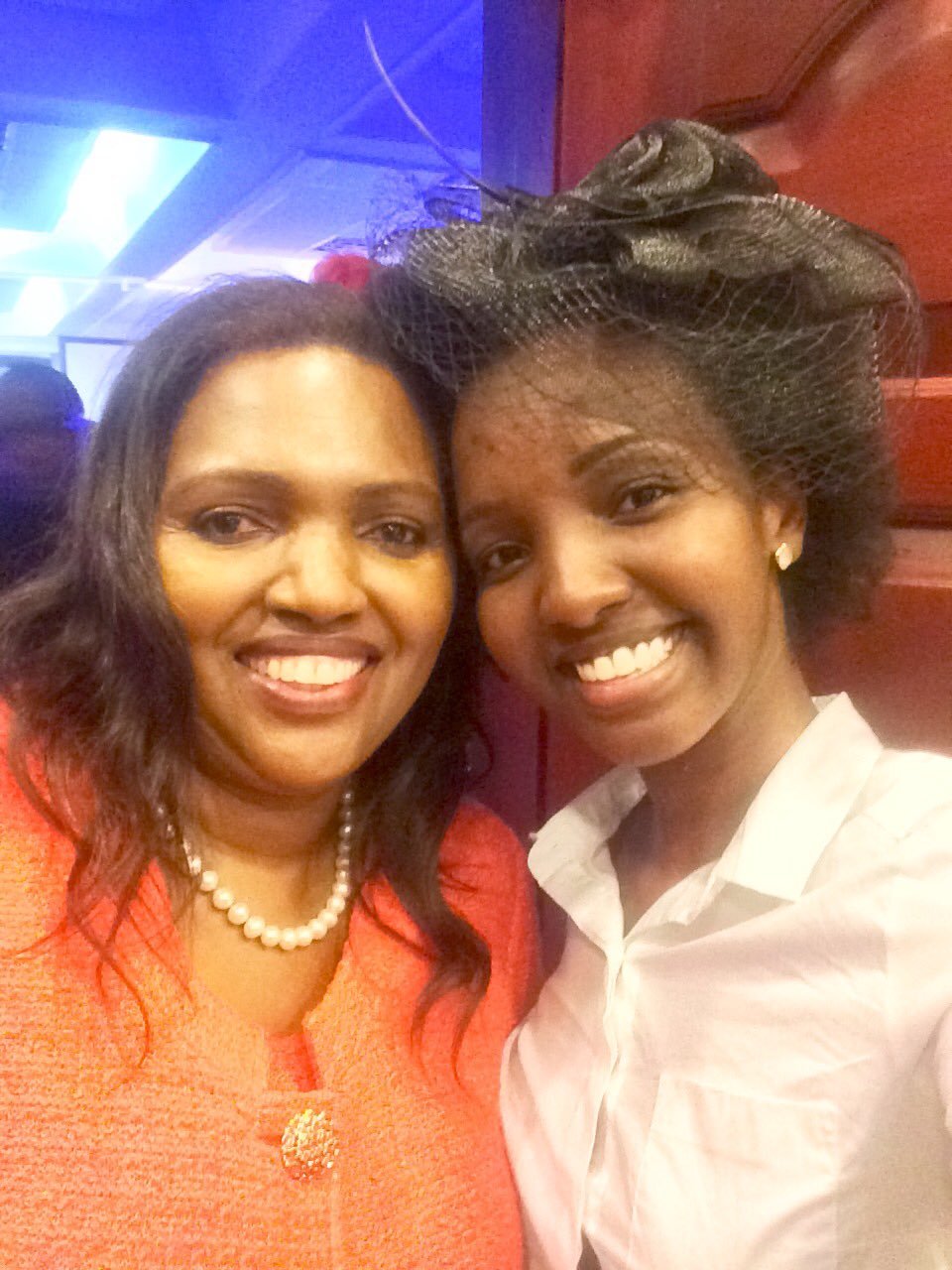 Some notorious CEO’s whose companies fleece poor Kenyans are known for their arrogance, and sponsorship of “high-end” events lika Jazz, because they seem to imagine that the little clique they have built around themselves using lobby-groups like KEPSA and Kenya National Chamber of Commerce and Industry, are a privileged life-saving carcasses.

Tabitha also provides lessons in humility for broke Kenyans who prefer to live larger than life. Two clubs in Nairobi’s Kilimani area have become notorious for allowing low-life individuals to patronise their joints, with their so-called “bodyguards” tagging along.

These are not Government officials, and neither are they high-value individuals who require special treatment. Many are conmen, thieves, drug peddlers, struggling entertainers and glorified commercial sex workers.

But they’ve become a place for wannabe middle-classers to show off, and individuals of questionable backgrounds to intimidate other patrons by walking around with so-called bodyguards, who are mostly rehabilitated Ghetto street-urchins, under the patronage and with authority of the owners of the clubs. 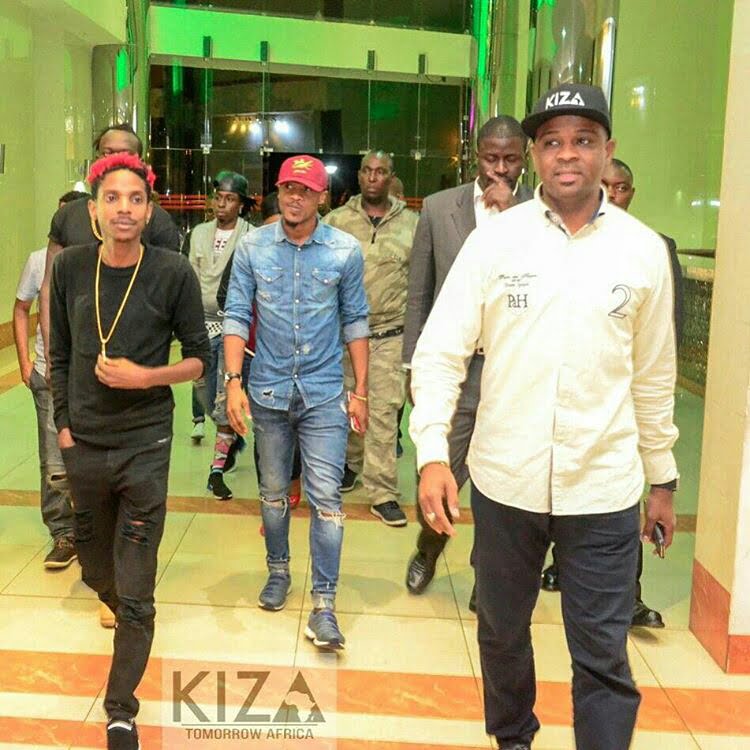 CAPTION: Rehabilitated street-urchins acting as bodyguards escorting Eric Omondi and Ali Kiba to Kiza Club. One would imagine that the establishment-patrons pose a security threat to these third-rate celebrities that they need such preferential treatment, yet upper-class Nairobians would care less.

These characters who give patrons no peace by having their street urchins harass normal patrons are nobodies in the city of Nairobi, as they are neither landlords or investors. They simply live off conceited publicity provided by Bribed mainstream media journalists predominantly hailing from Daystar University, the Center of Mediocrity. 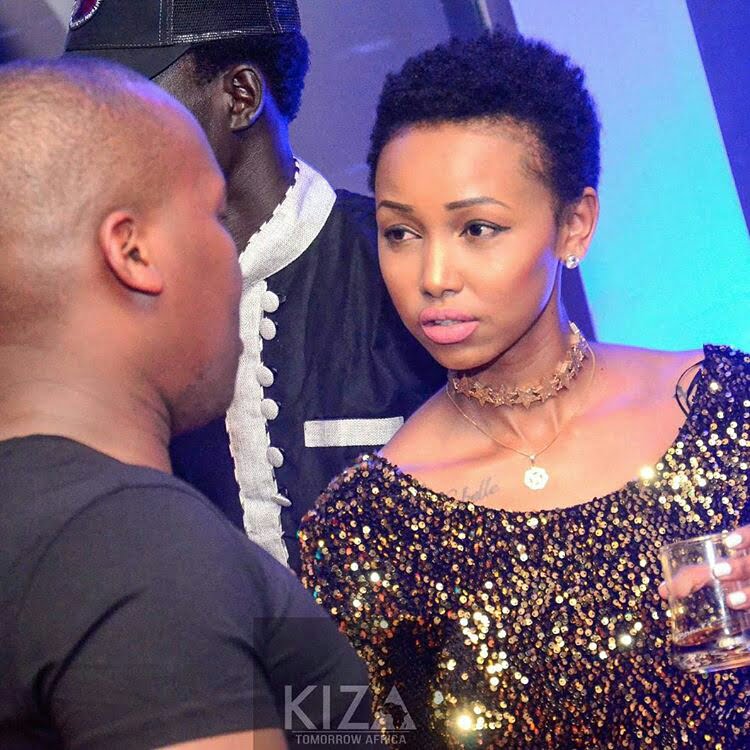 CAPTION: Huddah who owns nothing in Nairobi save for her clothes, patronises Kiza Club with a rehabilitated street-urchin acting as a bodyguard, yet Tabitha Karanja, the wealthiest woman in Kenya mingles freely with patrons at the joints she visits.

These broke Kenyans need to chill and realise their place in society is next to the garbage dumpsite of Ruai. They shouldn’t seek to validate themselves in entertainment spots, by seeking to buy influence by bribing owners of those joints to procure preferential treatment. Afterall, normal patrons provide sustainable client-base than those one-offs. 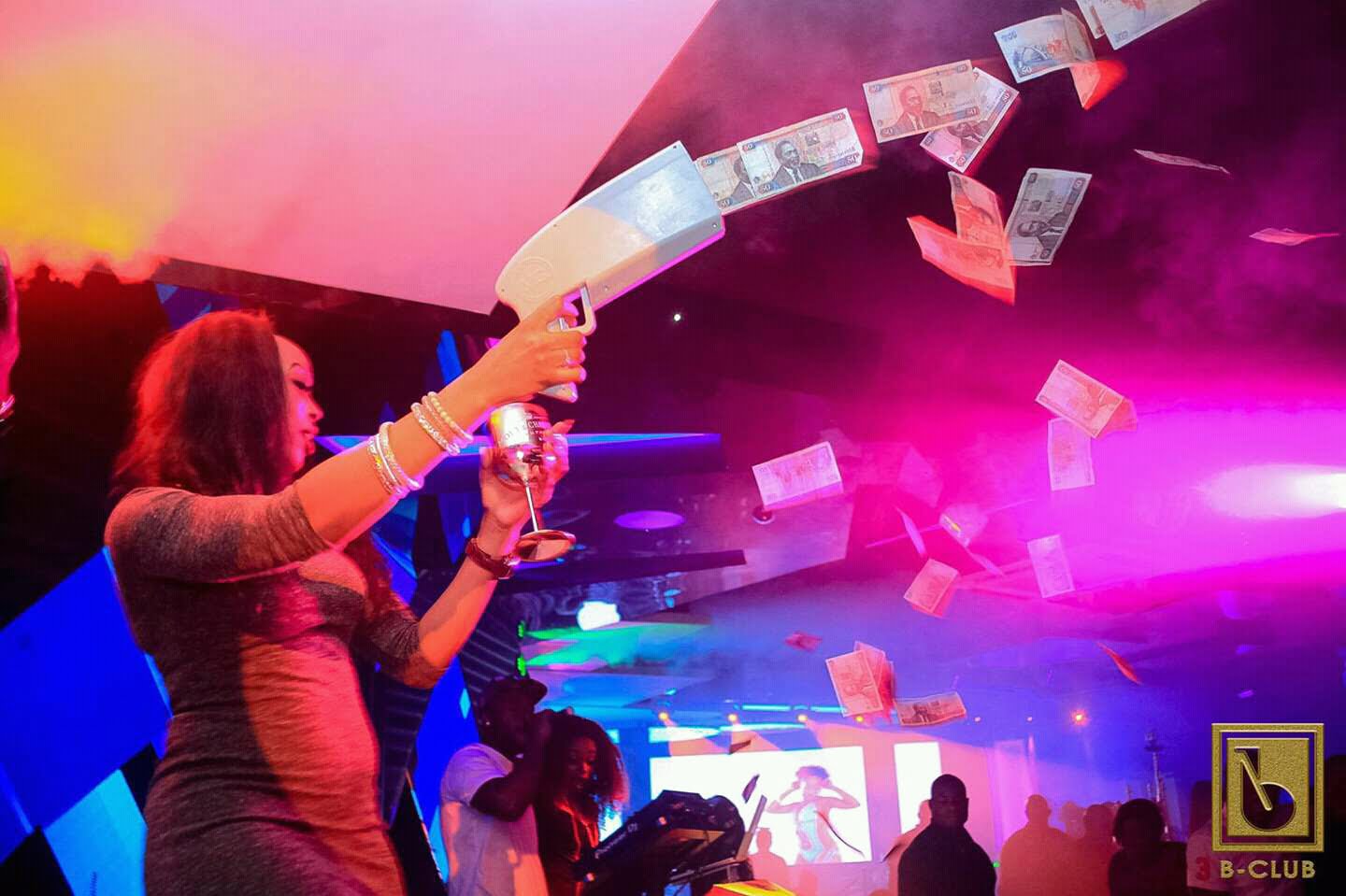 CAPTION: A commercial sex-worker was given a money-gun to throw 50-bobs to impress the mediocre clientele that patronises B-Club.

In the meantime, Nairobians are looking for a new investor to challenge the increasing mediocrity posed by Kiza and B-Club, because reports reaching our newsdesk indicates that the club has already been invaded by the ladies who spike drinks with “mchele”. 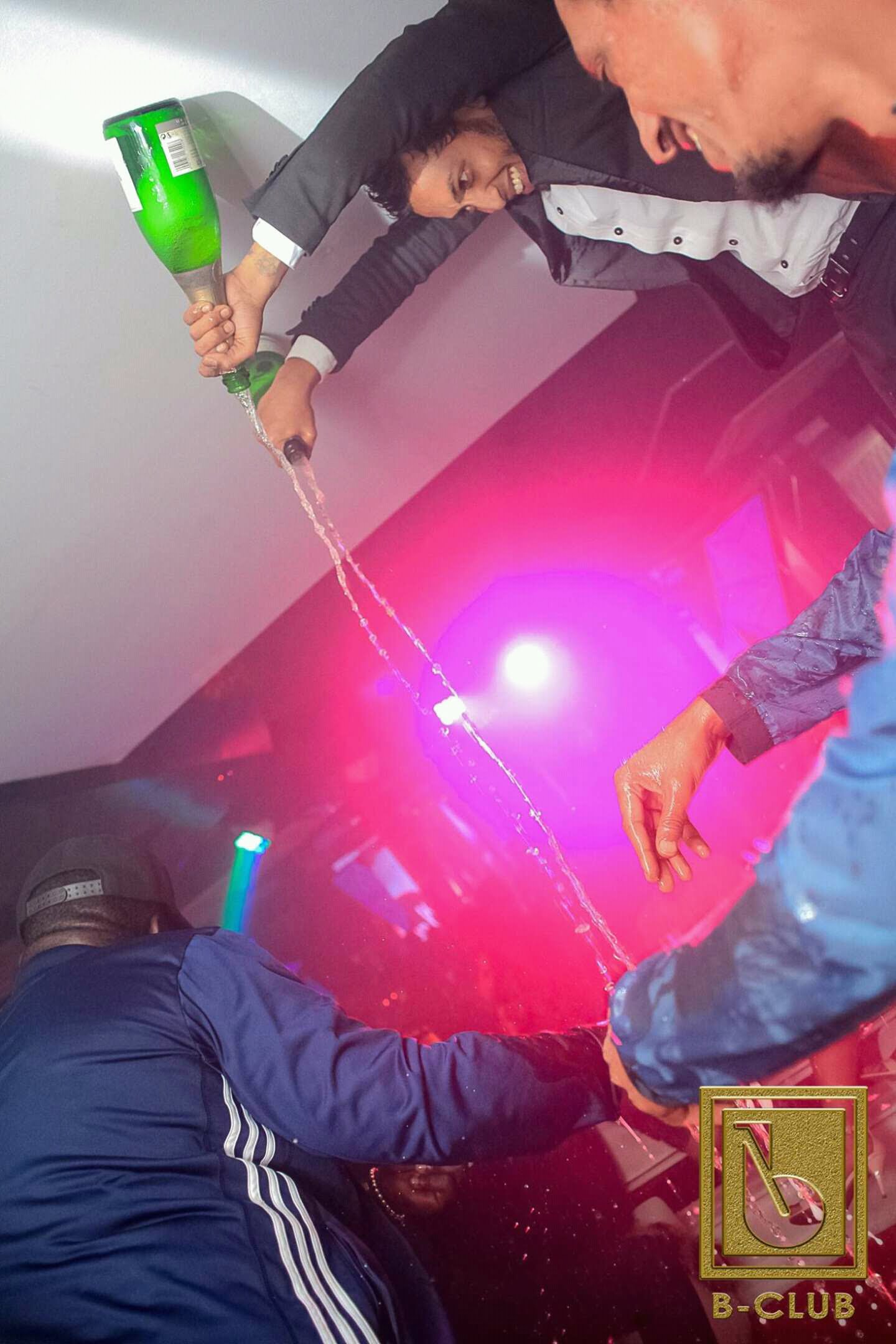 CAPTION: Wannabe’s in Nairobi spilling champagne in B-Club, yet they probably live in rented flats and drive vehicles on loan.